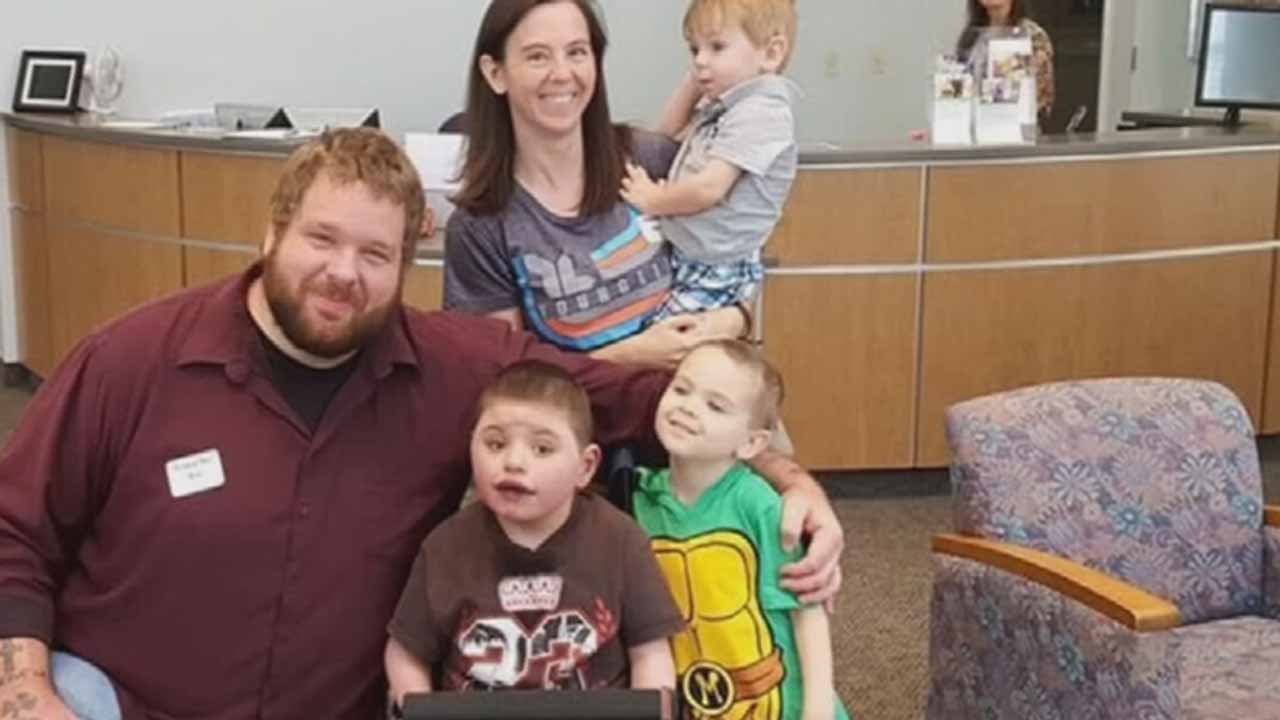 A Jenks couple is helping support parents who are caring for children with disabilities.

They named the organization Will’s House in memory of their 8-year-old son who died in 2017. The couple tells News On 6 since the pandemic started they have been helping provide childcare for children with disabilities and severe medical needs. This is the forever kind of family.

"Wherever we go, we will go there together," said Brad O’Hara.

The kind of family that you don't go looking for- it chooses you. Meet the O'Hara's- mom and dad Jeanette and Brad and their 5 kids- Anson, Liam, Isaac, Calvin and Will.

Four of their Five kids have or have had some real medical challenges- brain injuries, genetic disorders, heart conditions. 3 of their babies are adopted. Everyone in this family fits together like puzzle pieces- perfectly cut out for one another.

"We knew that he had terminal issues- he had heart defects and other medical needs. Like, we knew going into that we would be the people with him at the end. We didn't know when that would be," said Will’s mom Jeanette O’Hara.

In February of 2017- Will was adopted. The next day, he passed away.

"For years of his life, when he had been in the hospital he had spent a lot of time alone and one of the most powerful things in my story with Will was being able to make him that promise that you will never be alone in a hospital again," said Brad.

After Will passed, the family continued looking for kids to foster and adopt- kids like Will who had serious medical needs. Kids who fit into their homes like perfectly made little puzzle pieces.

"Sorrow and pain- they are really unfortunate parts of life but they are parts of it. You might as well lean in to it because they are going to exist," said Brad, "I think ignoring pain doesn't make it go away."

This year, Jeanette started Will's House- an organization created to carry on the legacy of her son by providing childcare and resources to families like theirs.

"It really does take a village and I just want to create a better village so that people that have biological children that have special needs or if they are willing to adopt a child with medical needs, that they are walking to it with a supportive community," said Jeanette.

Remember when I told you this was a forever kind of family?

Do you see it now?

"We all have the ability to be a little bit of light- wherever that is," said Brad.