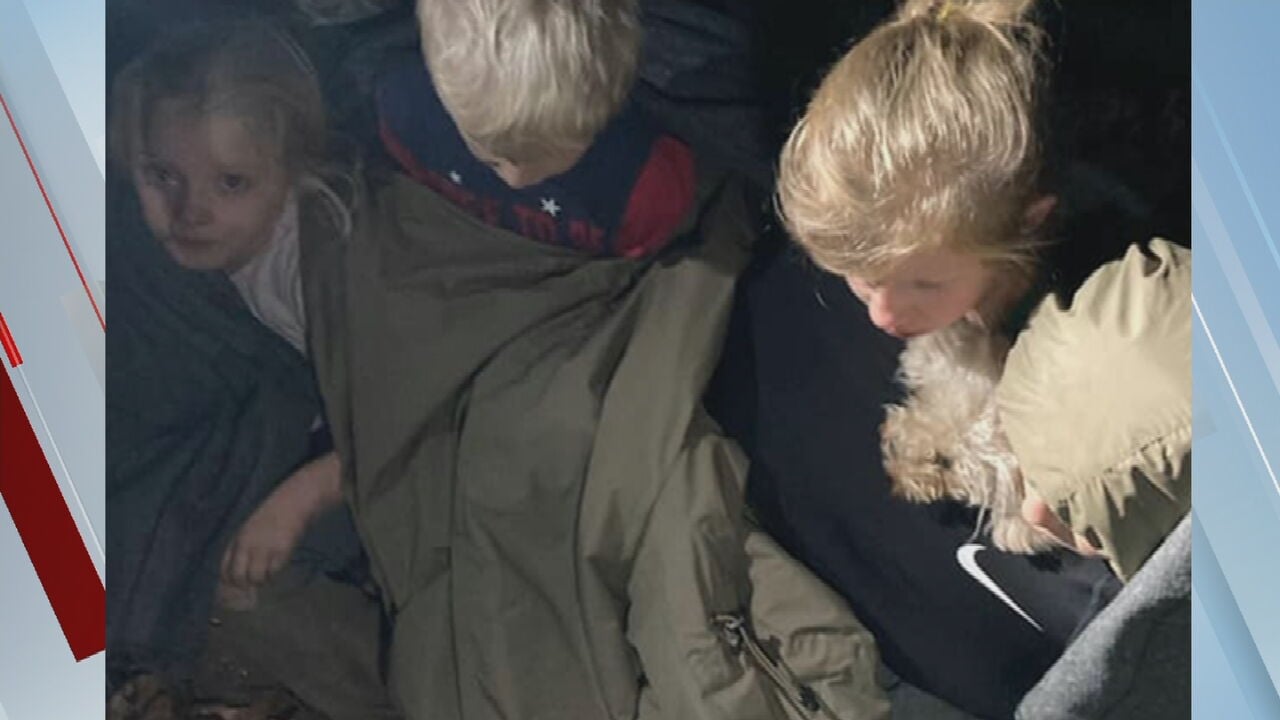 Authorities in Sequoyah County say that four children, who went missing on Tuesday afternoon, have been found and safely returned to their family.

According to the Sequoyah County Sheriff's office, the children, who were missing for nearly 12 hours, were found at around 2 a.m. on Wednesday morning a little over a mile from their home below the Tenkiller Dam.

Officials said that the children had left their home near the town of Vian and wandered into the woods.

Deputies said that the children had been playing outside their grandmother's house around 2:30 p.m. on Tuesday. The children's grandmother told deputies that when she went to check on the children, they were missing along with the family dog.

Authorities eventually brought in the help of the advanced technology aboard the Tulsa Police helicopter and spotted the children from the air.

Officer Jason Smith, from the Tulsa Police Department Air Support Unit, said, "What caught my eye was a light in the middle of the woods down by a creek bottom as we were flying over it. We were able to train our camera over on to them and determine it was in fact the kids. One of them was trying to wave us down."

All four children were uninjured.