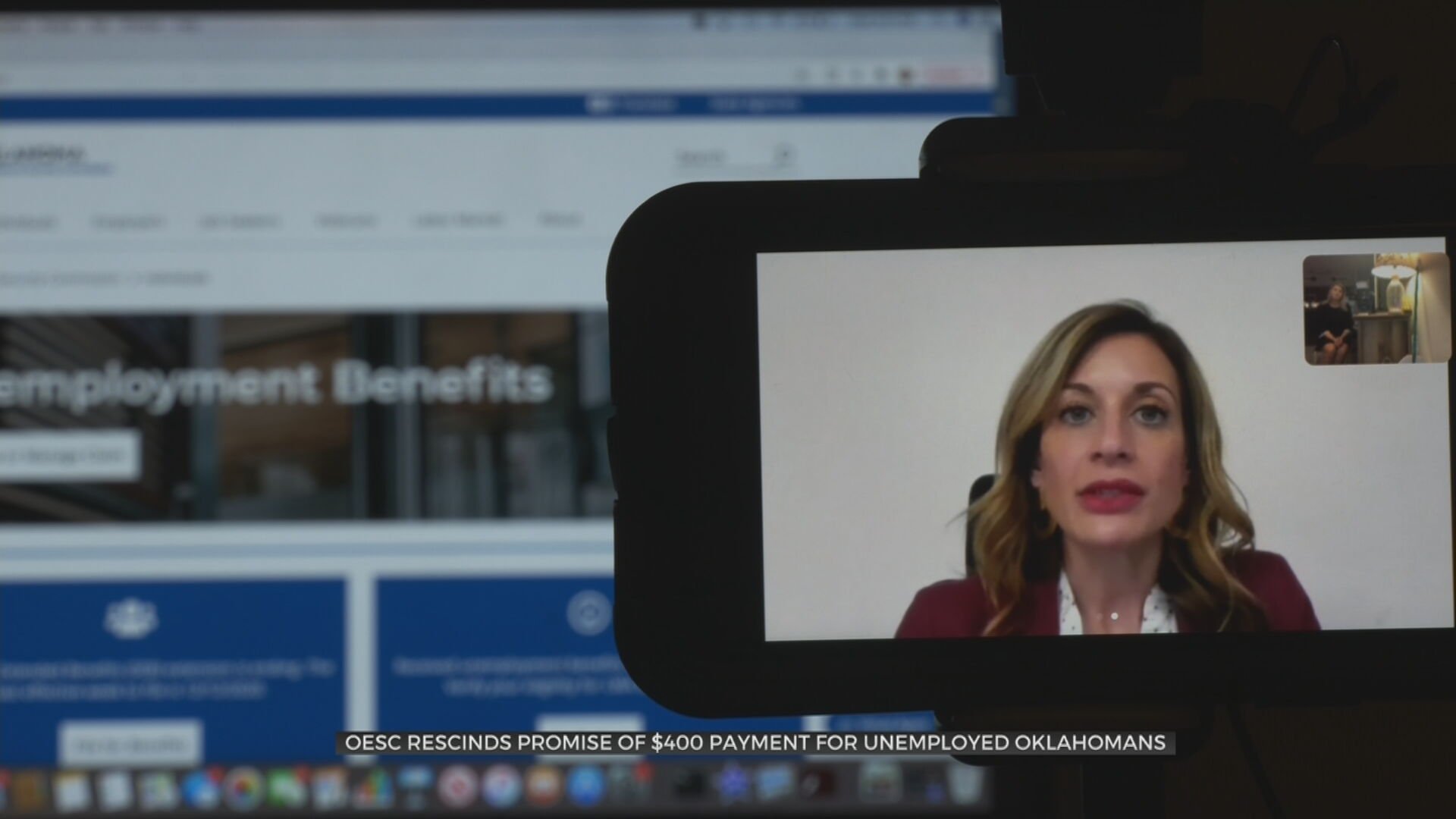 Oklahomans who were thankful for an extra unemployment benefit won't be getting the help before Christmas after all.

The promise of an extra $400 for unemployed Oklahomans was a bright spot during last week’s update form the state on the pandemic, but that extra money now isn’t coming. The Oklahoma Employment Security Commission blames confusion between two federal agencies.

Starting Wednesday, an extra $400 was supposed to start going out to more than 120,000 unemployed Oklahomans.

The state had extra money from the Lost Wages Assistance program and Oklahoma Employment Security Commission director Shelley Zumwalt says they were initially told they could give that money out.

"It's from FEMA funding and DOL guidance, so we had conflicting information from two agencies," Zumwalt said.

On Wednesday, just six days after the heartfelt announcement of extra cash, Zumwalt gave the disappointing news that the state has to hold off on giving out the money as the federal government may pass a stimulus package which would mean the state has to return the money.

"If that happens, we don't want to get caught having paid out some people and not others and end up in an overpayment situation," Zumwalt said.

It came as a shock for those like Melany Brown.

Brown lost her job as a purchaser due to COVID-19 and still hasn't found a job, so now she's worried she may even lose her home. She said jobs are limited and the last thing she wants to do is be on unemployment.

"It's been one thing after another," Brown said.

A $400 check would have been incredible before Christmas, but Brown said today's news was just another blow during a difficult year.

"My heart fell from my stomach. It's one disappointment after another, hello 2020," Brown said.

Zumwalt said she did everything in her power to get the money out and she's hopeful the federal government will be able to pass a package to help those in our state who need it the most.

"I'm mad and devastated to be delivering this message," said Zumwalt.

"God's in control when it comes down to it, and remain strong," Brown said.

The news comes as the state announced last week its extended benefits program isn't continuing because unemployment claims are down. Additionally, the pandemic federal assistance programs are set to expire next weekend.