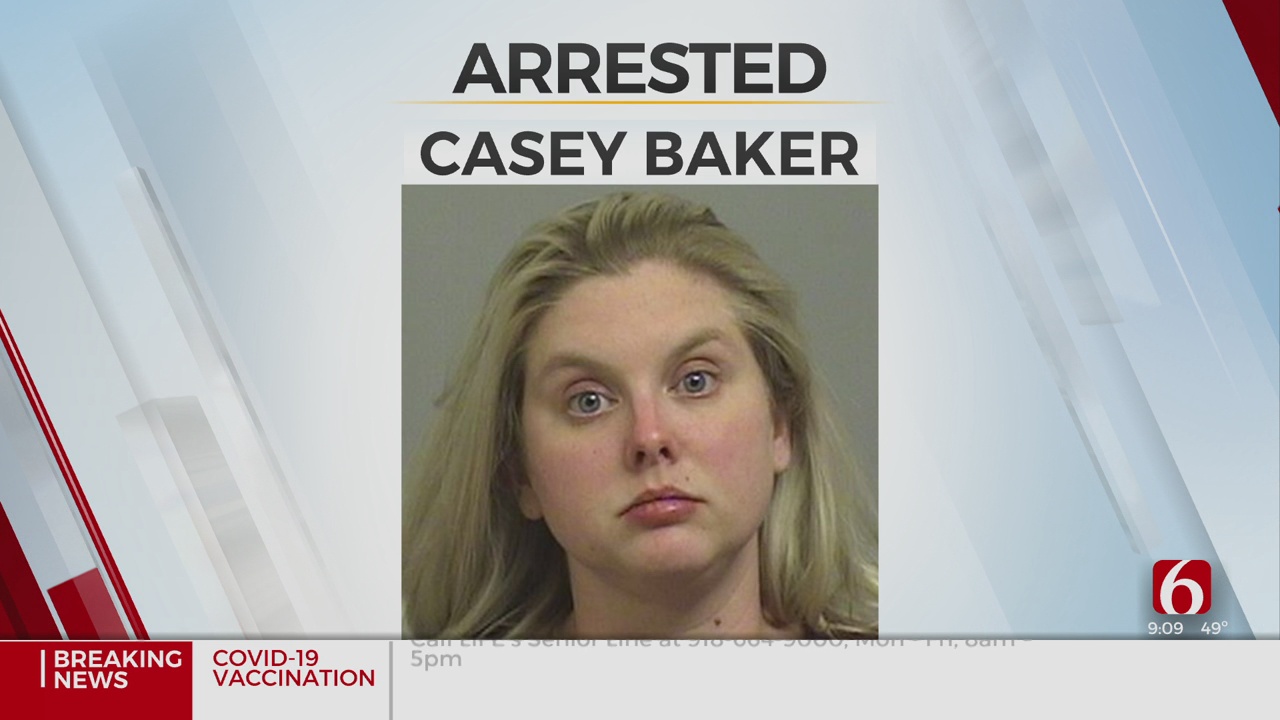 Glenpool Police arrested a woman accused of taking her two young children with her to shoot up her father’s home Tuesday.

Police said Casey Baker ran over the mailbox, drove into the front yard, fired several shots and then sped off.

Officers said her father and another person in the house were on the floor working on a dishwasher and had they been standing up, would have probably been hit.

Police said Baker’s five-year-old child told them they went to Papa’s house and Momma shot the house and he tried to stop her.

Baker is in jail for shooting with intent to kill and child abuse.