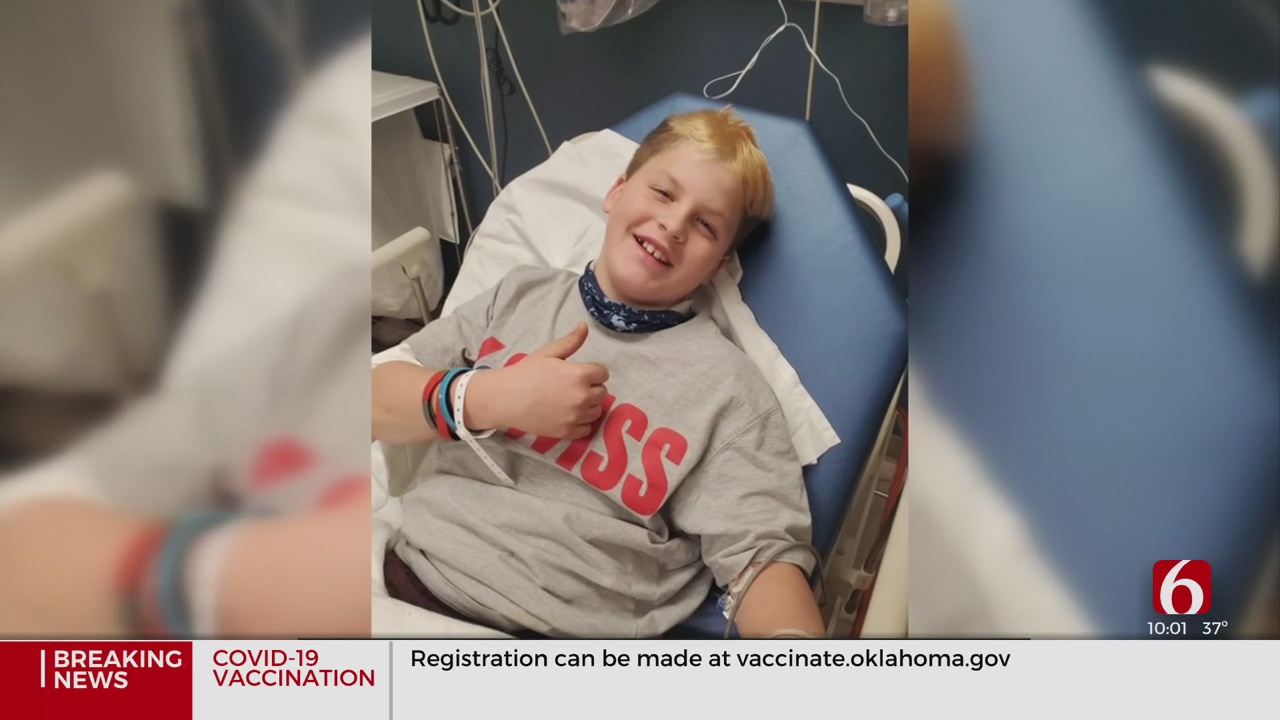 A 10-year-old boy is wondering why someone would hit him in the street and drive off without helping him.

Bartlesville police are searching for the person they said was responsible for a hit-and-run earlier this week.

“I just want him to turn himself in because I don’t want any of my friends or someone else to get hit,” Teagin Wright said.

Wright was hit by an SUV on his way home from a friend’s house Thursday. Instead of the driver owning up to his mistake, he fled the scene.

“He cracked his window and looked at me,” Wright said. “I couldn’t really see his face. I just saw the reflection of his eyes and he stared into my eyes and said, ‘Don’t call the cops.’”

The hit-and-run happened while Wright legally attempted to take the crosswalk on Madison Blvd. Every car stopped, but Wright said a blue SUV didn’t. That vehicle hit Wright.

Wright’s father, John, said he’s thankful for the Good Samaritans who contacted him and comforted his son.

“I saw my son with all of his stuff scattered,” John Wright said. “He was knocked out of his shoes. It was horrible.”

Wright’s grandmother, Mary, was also at the scene. She believes her grandson had a higher power watching over him.

“The ambulance driver asked, ‘Teagin, are you OK?’ and told him ‘God was watching out for you,’” Mary said.

Wright was taken to the hospital by ambulance. He didn’t suffer any internal injuries but he did get road rash on several parts of his body including his back, right arm and hand.

Wright said he’s still able do normal activities such as attending classes and riding his skateboard.

“I want to see him caught and talk to him and ask him why he drove off,” Wright said.