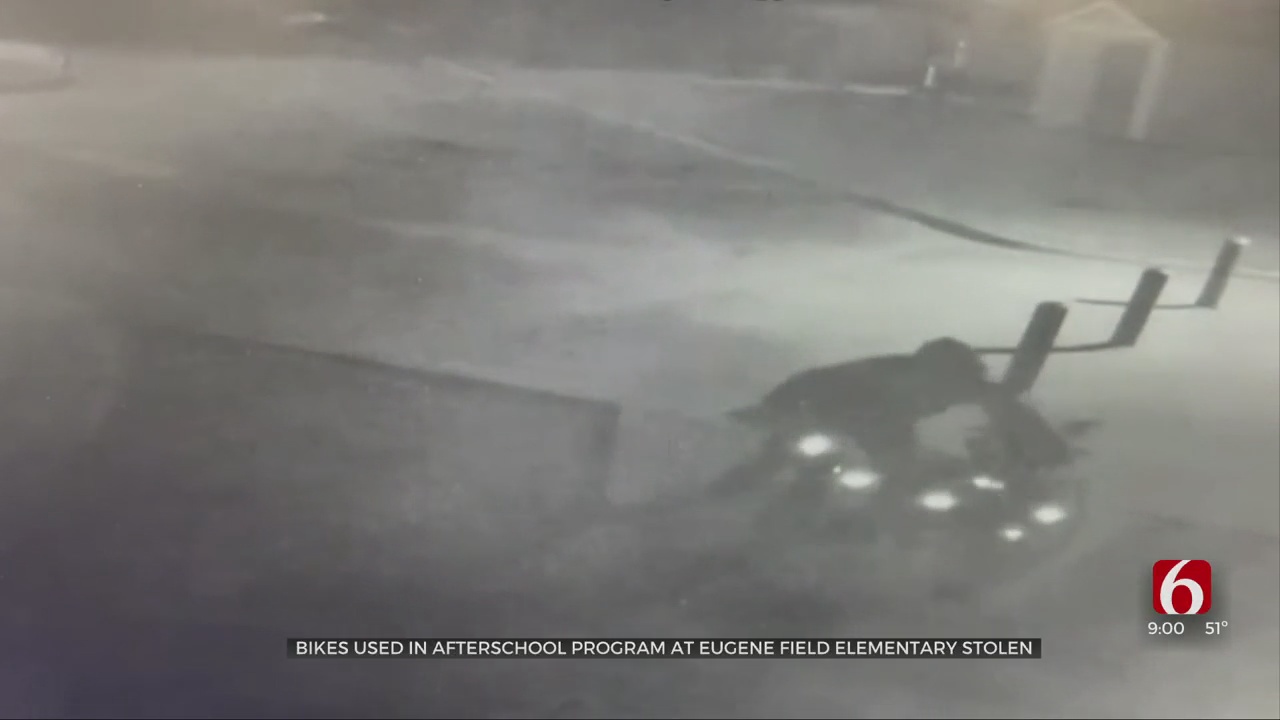 Staff at Eugene Field Elementary School said bikes were stolen. The bikes were used as a part of an after-school program for students.

“The message that this sends to our students is what is most concerning,” Miller said.

“We will build a lot of bikes, maintain them like we are doing out here today,” Miller said.

However, staff members at Eugene Field Elementary School were surprised at what they didn’t see Thursday morning.

Surveillance video shows a thief taking several bikes. A total of 13 bikes were stolen from the school’s shed. As of now, no one knows who was responsible.

The bikes stolen have unique stickers on the headtubes with the letters “EU” or “WB.”

“Anything that specifically takes a bike or a piece of equipment out of a student’s hands, that is cutting into the core of what we are trying to do,” Miller said.

Miller said the club is working with Tulsa Public Schools to make sure students can complete their season.

What the club has learned over the past seven years, Miller said, is that it takes the community to empower them. He hopes some positive things will come from this.

“No way anything like this is going to stop us,” Miller said.

A fundraiser is happening Sunday at the American Solera Brewery to support the Eugene Field Bike Club.

You can also donate by clicking here.