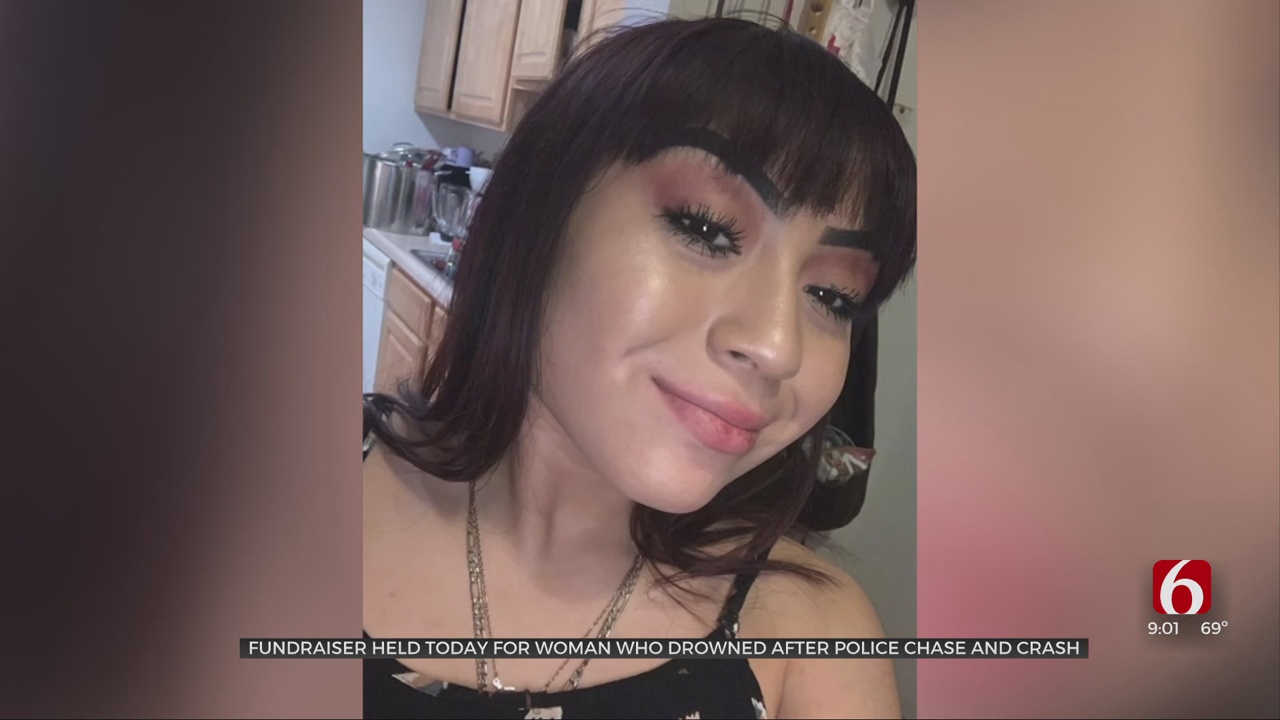 Family and friends of Nathaly Medina held a car wash Saturday to raise money for her funeral expenses.

Tulsa police said Medina died Monday when a man drove her car, a car she was in, into the Arkansas River during a police chase.

Plenty of cars lined up here near East 11th Street and South Garnett Road as soon as the car wash began.

“I feel happy for everyone coming out and showing love and support to help with the family,” Kevin Hernandez said.

It was a sight to see for Hernandez and Alexis Medina as driver after driver came out for a car wash in honor of their sister.

People paid $20 for a car wash and $15 for a T-shirt of Nathaly that read “Smiley Medina,” a nickname Kevin and Alexis gave their sister because of her positive and energetic attitude.

“They were all there for her since day one,” Hernandez said. “I am happy because these are good people out here.”

Janet Espino has known Medina since she was little. For her, helping out Saturday was something she believed she had to do.

“Steals my heart,” Espino said. “Being a mom, it’s something hard, having to burry your child unexpectedly.”

Nathaly’s funeral will be held on Tuesday. They plan to be out here again on Sunday. If you want to help, but can’t attend the car wash, click here.