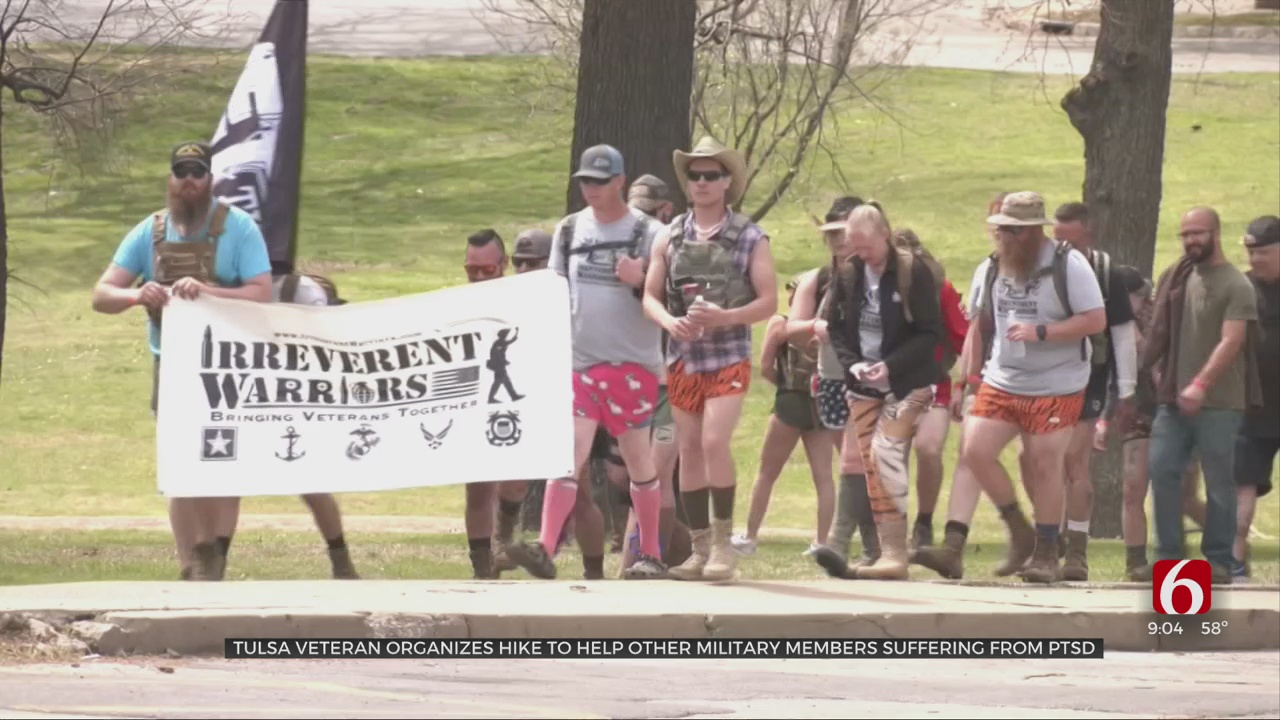 A Saturday hike through downtown Tulsa provided a day of fun for a serious issue like PTSD for military members.

About 150 veterans and active duty members participated in the hike.

“This is the cure -- getting out here and having that same bond that you had when you were in the service,” U.S. Army veteran Charles Schrader said.

Schrader organized the eight-mile hike, which started at the VFW Post 577. The hike went through downtown Tulsa and then ended back at the VFW.

Schrader is a local coordinator for Irreverent Warriors, a national nonprofit for veterans. Its mission is to bring veterans together with humor and camaraderie to improve mental health and prevent military suicide.

“It’s more about the connection and bonding rather than the physical aspect,” Pereira said.

The nonprofit was founded in California by a Marine who struggled with PTSD.

Schrader was deployed to Iraq in 2011. He spent a year there, but when he returned to the U.S., he struggled with the transition back home.

Schrader became involved with drugs and alcohol. He said he was on the edge of suicide, bur for him, laughter is what helped him overcome.

“Standup comedians eight hours a day to try to keep that laughter, that smile,” Schrader said.

This was the goal of Saturday’s hike: laughing and having fun.

“A lot of our teammates are spread across the nation and when you can’t connect with a civilian, you feel alone, and this is showing everyone you are not alone,” Schrader said.

Schrader said even if you're not a military member, you can still help by donating here.