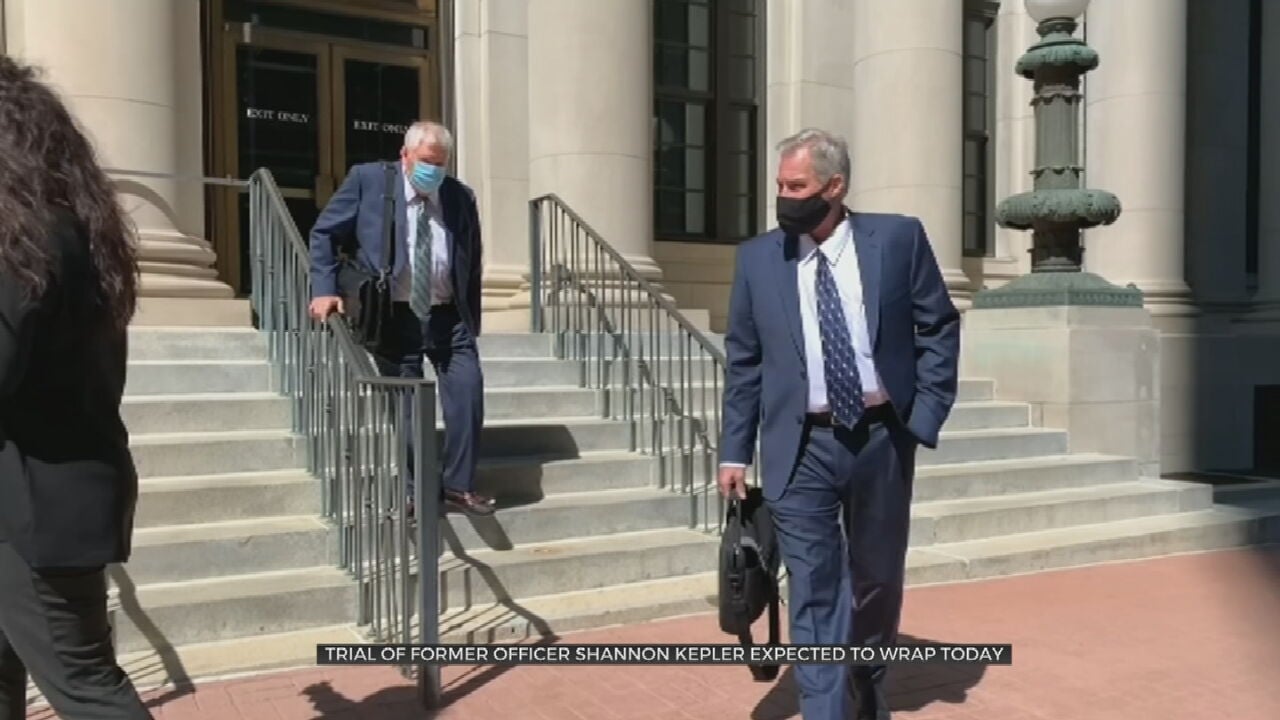 The federal murder trial of former Tulsa Police Officer Shannon Kepler is expected to wrap up on Friday.

On Thursday, Kepler's attorney told the judge he should be able to wrap up his case by Friday morning. After that, it will go to closing arguments.

Another 12 witnesses were called to the stand on Thursday and it was the first time Kepler's attorney called his witnesses.

The evidence and testimony focused mainly on forensics.

Prosecutors called a forensics expert to the stand and had her reconstruct the shooting scene. She concluded Jeremy Lake, who prosecutors believe Shannon Kepler shot and killed, was shot in the chest and neck.

That forensics expert also went over pictures from the crime scene, mainly the lack of blood on Jeremey Lake's right palm. Her opinion was that Lake was not holding anything. However, Kepler's attorney kept asking if it was possible Lake could have been holding a gun and she said it could be possible.

A big topic the last three days has been whether Lake had a gun during the shooting because a gun was found in an interview room at TPD two days after the shooting.

Forensic investigators testified there was not enough DNA evidence on the gun to make a comparison to anyone.