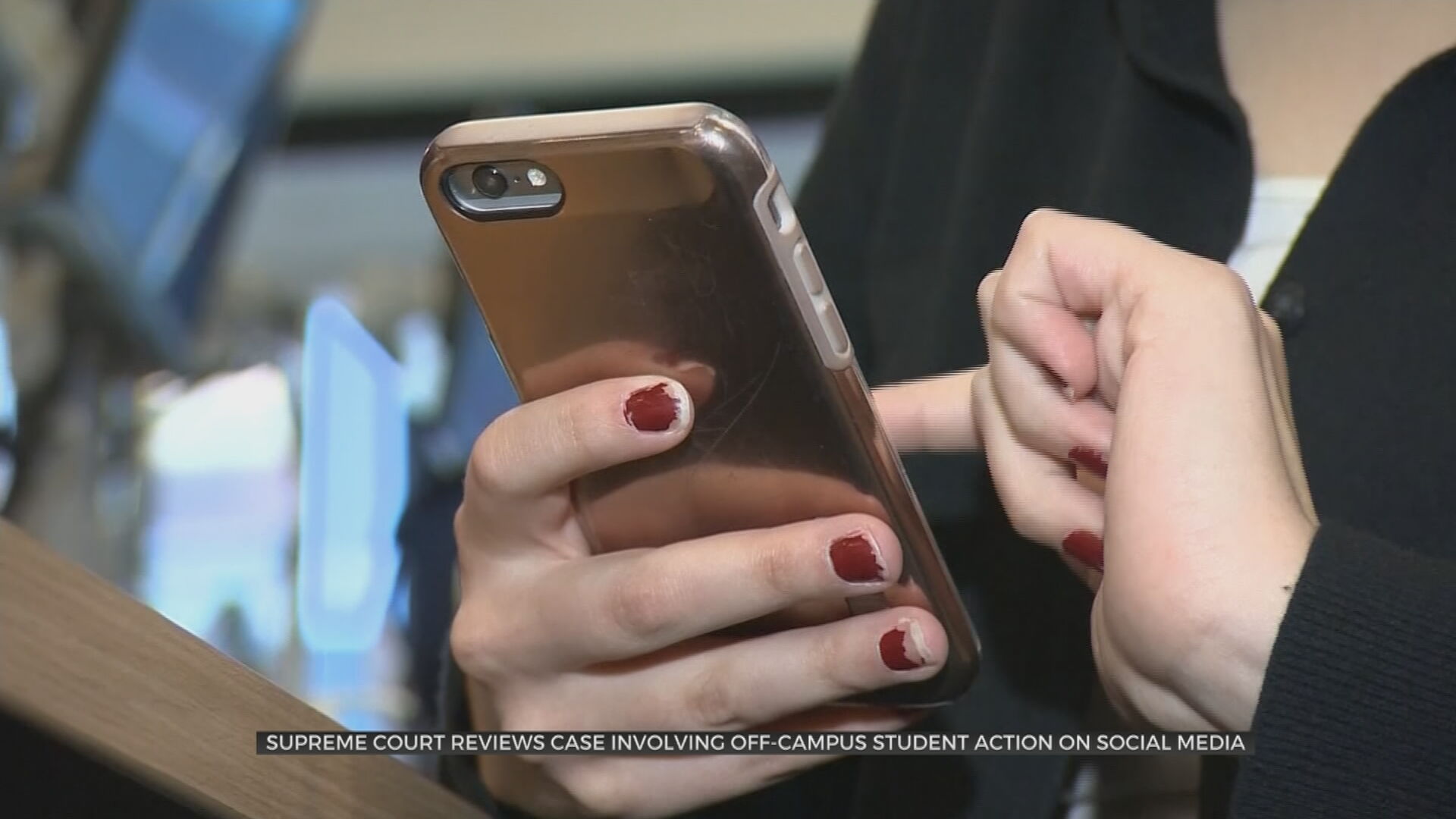 The Supreme Court is reviewing a case involving off-campus actions of students on social media. The court’s decision will impact students across the country, including those here in Oklahoma.

Students often use social media as a sounding board for their frustrations, but how far is too far before a school can step in, or can they without infringing on a student's freedom of speech?

This particular case started when a high school student found out she did not make the varsity cheer team. The Pennsylvania cheerleader was suspended in 2017 after posting a photo on snapchat using a graphic gesture with a foul caption while referencing her school, and its cheer and football team. Julia Ogilvie goes to high school in Tulsa said as an athlete, she can relate.

"I've done something that I'm not proud of but there was also a deeper meaning to it," said Ogilvie, TPS junior.

Ogilvie believes, even so, there is no excuse for bad behavior.

"You're representing your school whenever you're saying those things. It's a matter of self-respect too," Ogilvie said.

Green Country districts take situations like this on a case-by-case basis.

“Student behavior on social media may result in school discipline if the content of the post contains a threat against the school, other students, or staff members. JPS may also discipline the student(s) involved if a post creates a disruption to the school day or school operations. A post is considered disruptive when it interferes with students’ ability to receive instruction or safely navigate the school day. Social media posts which meet these criteria do not need to originate from school property during school hours to be subject to disciplinary action. Posts which may be crude or offensive to some, but do not cause a disruption to the school day, do not meet the criteria for discipline. Some students, such as those involved in athletics or other activities, may be required to adhere to a code of conduct while they are competing or participating in a school-sponsored event. Students who violate the code of conduct may be subject to discipline.”

"Owasso Public Schools is aware of the current Supreme Court case centered around speech used in a Pennsylvania student’s social media posts. We have an interest in cases related to public education heard by the Supreme Court, as those cases have a potential influence on practices within our district. Concerns raised over a student’s social media posts are unique to each situation and regardless of the timing or setting of a post, there is a potential for it to impact the school community. No matter the circumstances, our goal is always to partner with parents and students to address each concern in an efficient and reasonable manner in order to ensure the well-being and safety of our students, staff and community."

Ogilvie learned her lesson and hopes the case opens doors for conversations.

"If the higher authority would have tried to discuss that there would have been more of a common ground or understanding to why I did what I did and why she's done what she's done,” Ogilvie said.

The Supreme Court is set to release a decision this summer.

You can read local districts’ social media policies below.