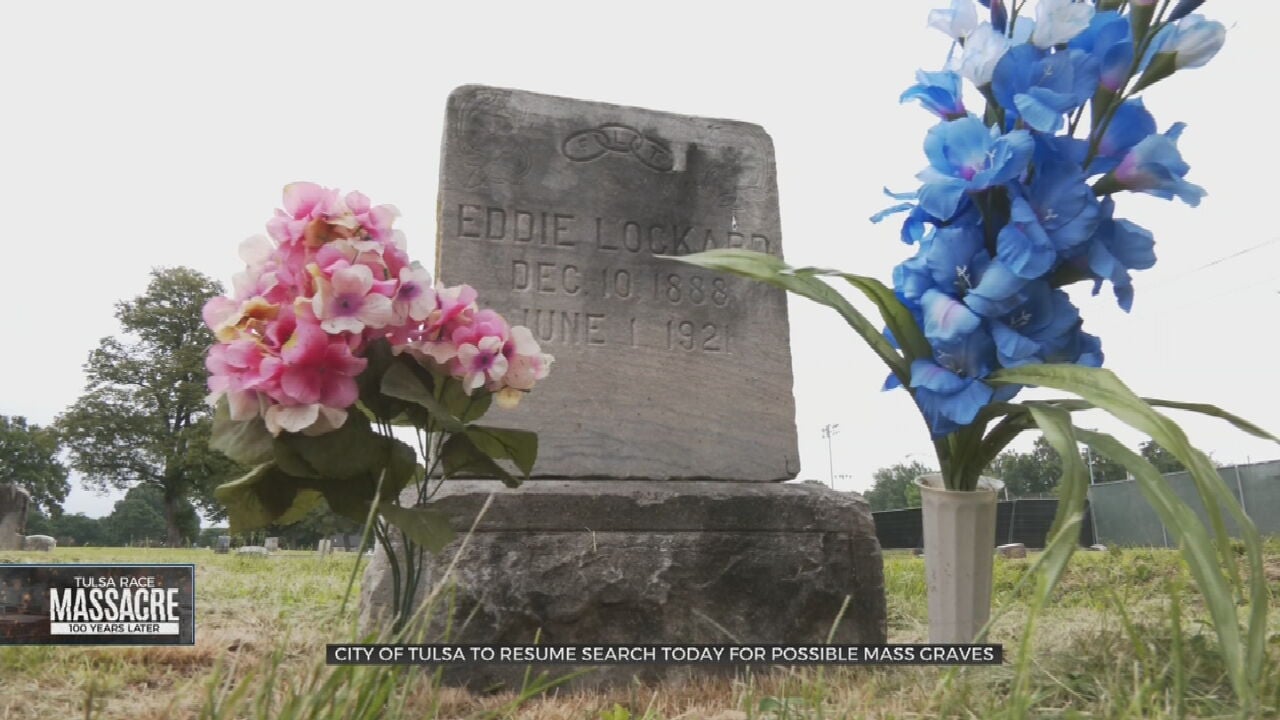 Archeologists and historians are planning to be at Oaklawn Cemetery Tuesday to begin a full excavation and exhumation of a mass grave found there.

The main goal of their work is to determine whether the individuals buried in the mass grave are connected to the 1921 Tulsa Race Massacre.

Someone placed flowers at the headstones of Reuben Everett and Eddie Lockard, two known massacre victims. The mass grave was found near those two headstones last October during a test excavation.

Archeologists said they found 12 coffins then. The team said if its dimensions of the mass grave are accurate, it is possible there could be more than 30 individuals in the mass grave.

Once the first few feet of dirt are removed, archaeologists will document pictures and information about the remains as they are found, then carefully remove them from the ground.

The team of scientists will be doing their lab work and analysis on site. It will take weeks or months to study the remains and come up with a conclusion.

"I hope that even though it's not going to be tomorrow and it's going to take us some time, I hope that we have answers and that I hope we can lend something to learning more about who these individuals are, who are in this unmarked mass grave that we didn't know about previously,” Dr. Kary Stackelbeck with the Oklahoma Archeological Survey said.

Excavation work is scheduled to start at 10:00 Tuesday morning. After that, the team will be working at Oaklawn Monday through Friday from 7 a.m. to 4 p.m. until the work is done.