Tulsa Firefighters Gets Creative To Rescue Family Of Ducklings 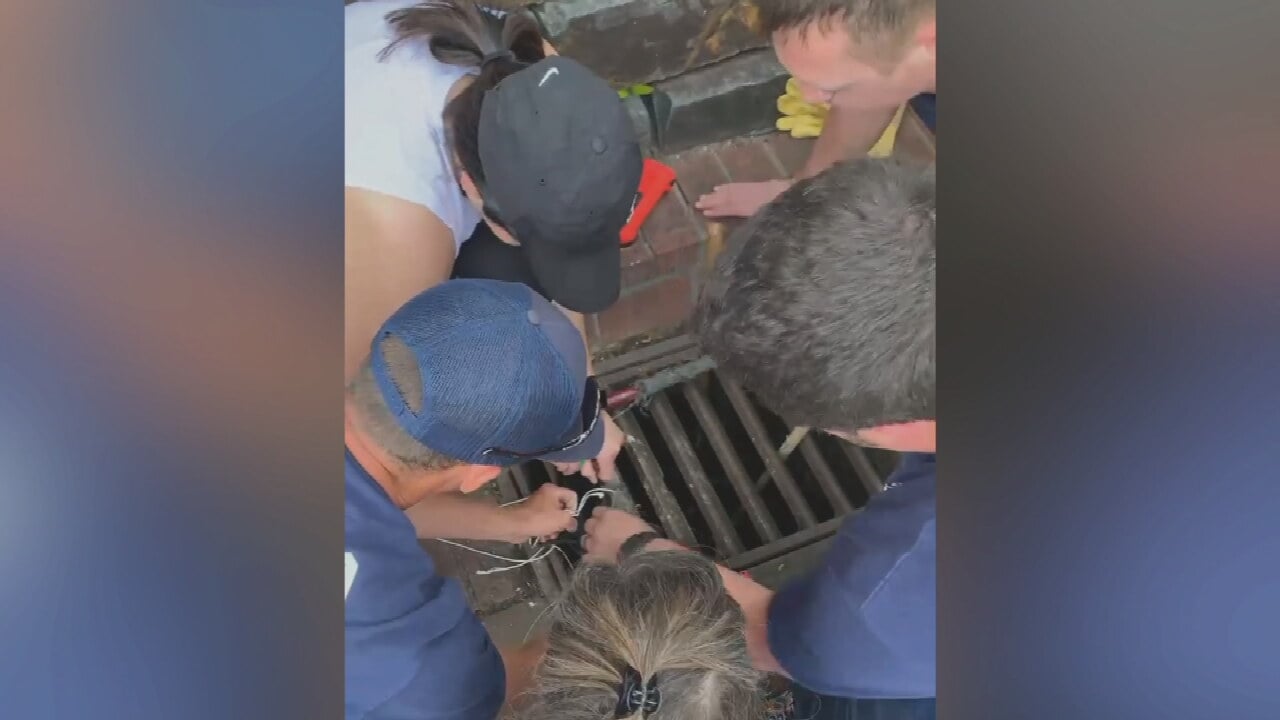 Tulsa Firefighter Gets Creative To Rescue Family Of Ducklings

Eight ducklings are safe and back with their momma thanks to Tulsa firefighters coming up with a creative way to rescue the little ones.

Someone in midtown saw a frantic duck and realized her ducklings had fallen into a storm drain and they called for help but firefighters couldn't get the storm grate off. The drain was so stuck that it broke the wench on one of their trucks so, the firefighters had to come up with a new plan with the help of a few people who live nearby.

They tied a rope to a sack, lowered it into the storm drain, and managed to scoot the ducklings with a pole into the bag. Then they hoisted each one up to safety and released them back to their very relieved momma.

Tulsa Firefighters Gets Creative To Rescue Family Of Ducklings