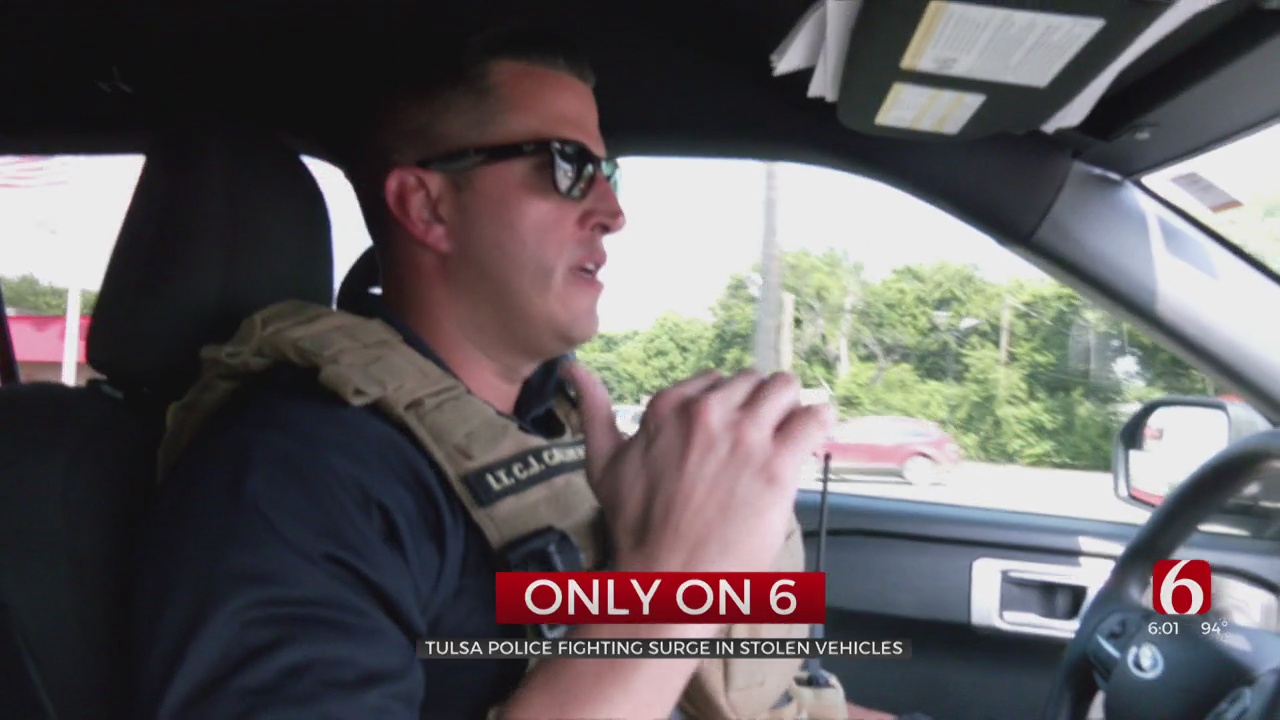 Tulsa Police say the city of Tulsa ranks in the top 20 in the country for auto thefts and it's only getting worse.

Tulsa Police Lieutenant Chase Calhoun said car theft is a crime that can happen to anyone, anywhere and at any time. He said he and his detectives can recover stolen cars and arrest car thieves every day, but he said it won't put a dent in the problem without help from the community. He said all it takes is some common sense.

Calhoun just took over the TPD Auto Theft unit this week and said he is tackling the growing problem head on by being proactive. He said he and his five detectives will be out extensively patrolling the city, running tags, and catching thieves.

“Auto thefts affect everyone. Obviously, it affects that individual, they can't get to work, they can't transport their children, but it also affects the insurance companies,” said Calhoun.

Police said car thieves are quick. They look for unlocked car doors, or easy ones to break into, steal the car, and often strip it of parts, then dump it.

Sometimes it happens in just a few hours.

"Parkin in well-lit areas, keeping your windows rolled up, keeping your vehicles locked, keeping valuables out of site, and one of the big things is remove all key or key fobs from your car,” said Calhoun.

Calhoun said there are certain vehicles that are most commonly stolen right now. Those are 1999 to 2006 Chevy Tahoes, GMC Yukon's, Ford F-150's and Chevy Silverado's.

Calhoun said fixing this problem needs to be a team effort with car owners.

"Remove your keys from the car, your fobs, everything. As you saw earlier, a guy pulled up in a truck, had the keys in there, left it running for maybe a minute. That's all it took; the suspect jumped in the truck and took off,” said Calhoun.

Police say they need people to do their part, and not be easy targets.

"Ultimately, we need the public’s help,” said Calhoun. “We need the community to buy in. It's the simple things. Whether it's mom and dad forgetting the car keys or the kids reminding the parents. Bring your keys in, keep your cars locked, don't leave valuables inside."