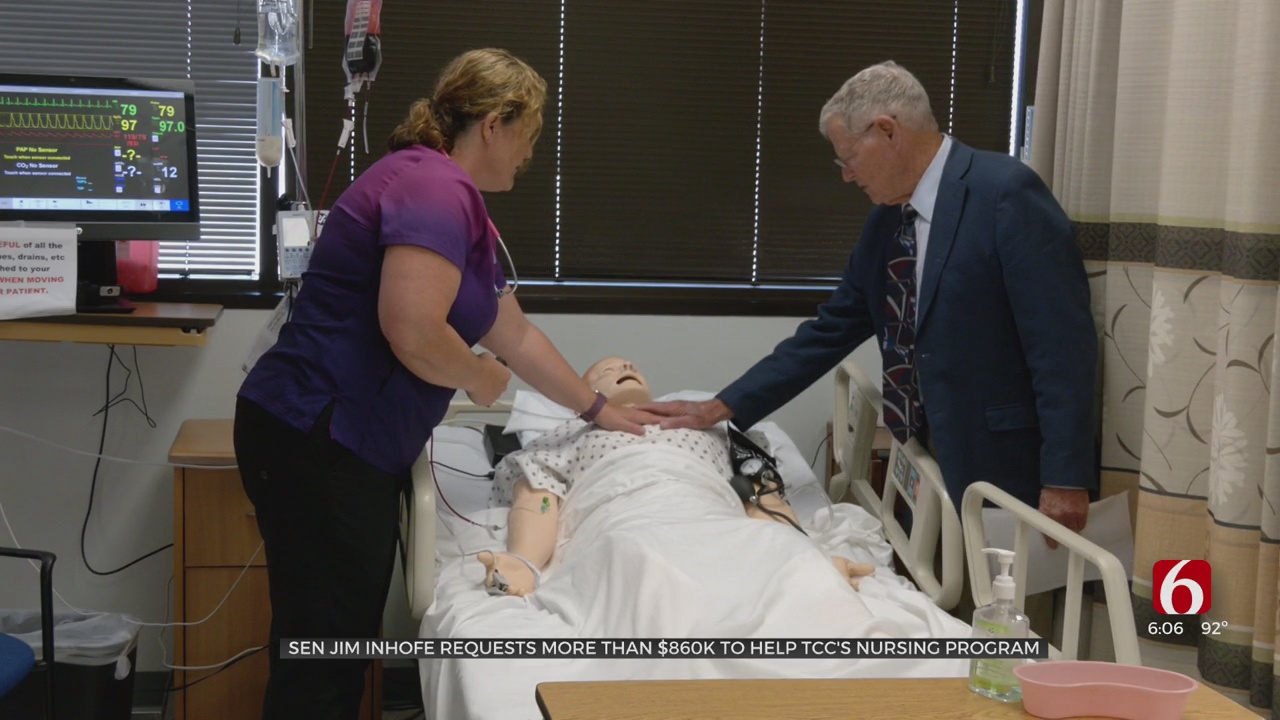 The hope is the funding would help more people graduate the program and get more skilled nurses to work in Oklahoma.

Aubrey Alrahdi is a second-year nursing student at TCC and shadowing at a hospital. She said she sees the burden of the shortage.

"They're awesome nurses and they got the job done. But it was incredibly difficult and stressful because we just don't have the help that we need," Alrahdi said.

Inhofe said it's close to his heart with his wife in the hospital after a recent fall.

"I'm particularly sensitive to what nurses are doing and the value of nurses and how much I really love them. Because I'm seeing on a firsthand basis what they're doing for my wife," Inhofe said.

The money would pay for lab equipment, manikins, and renovations, like adding classroom space and expanding learning labs.

The labs are called "Simulated Learning Environments," where nursing students can get a hands-on experience taking care of a patient by practicing with manikins. Plus, students would be in the same building, instead of split between campuses.

"It's just been something we've always wanted to have, but never thought it would happen. So, it's just really, I think it's going to be so great to have all of us together," said Lauri Jones, Associate Nursing Professor and Faculty Department Chair.

Inhofe said once the budget is passed, the college would get the money a couple months later.

"So, it's not like something you hear about in government, and it never happens. This is going to happen," Inhofe said.