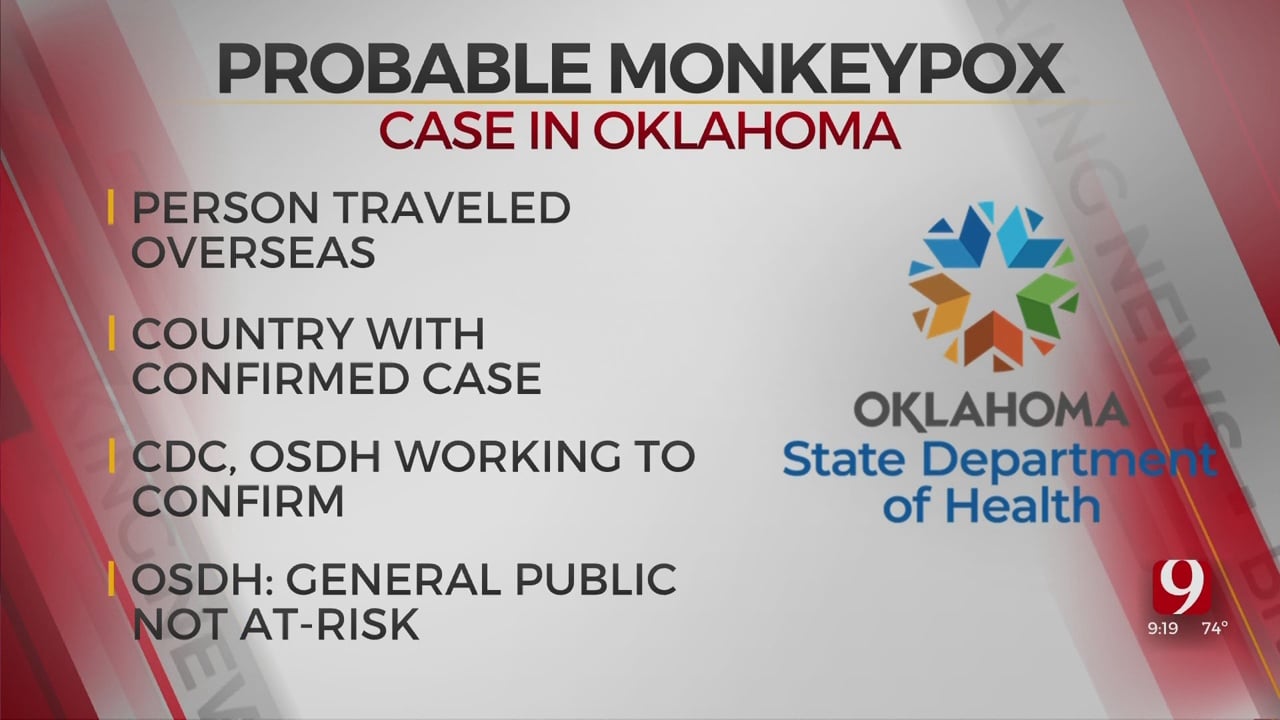 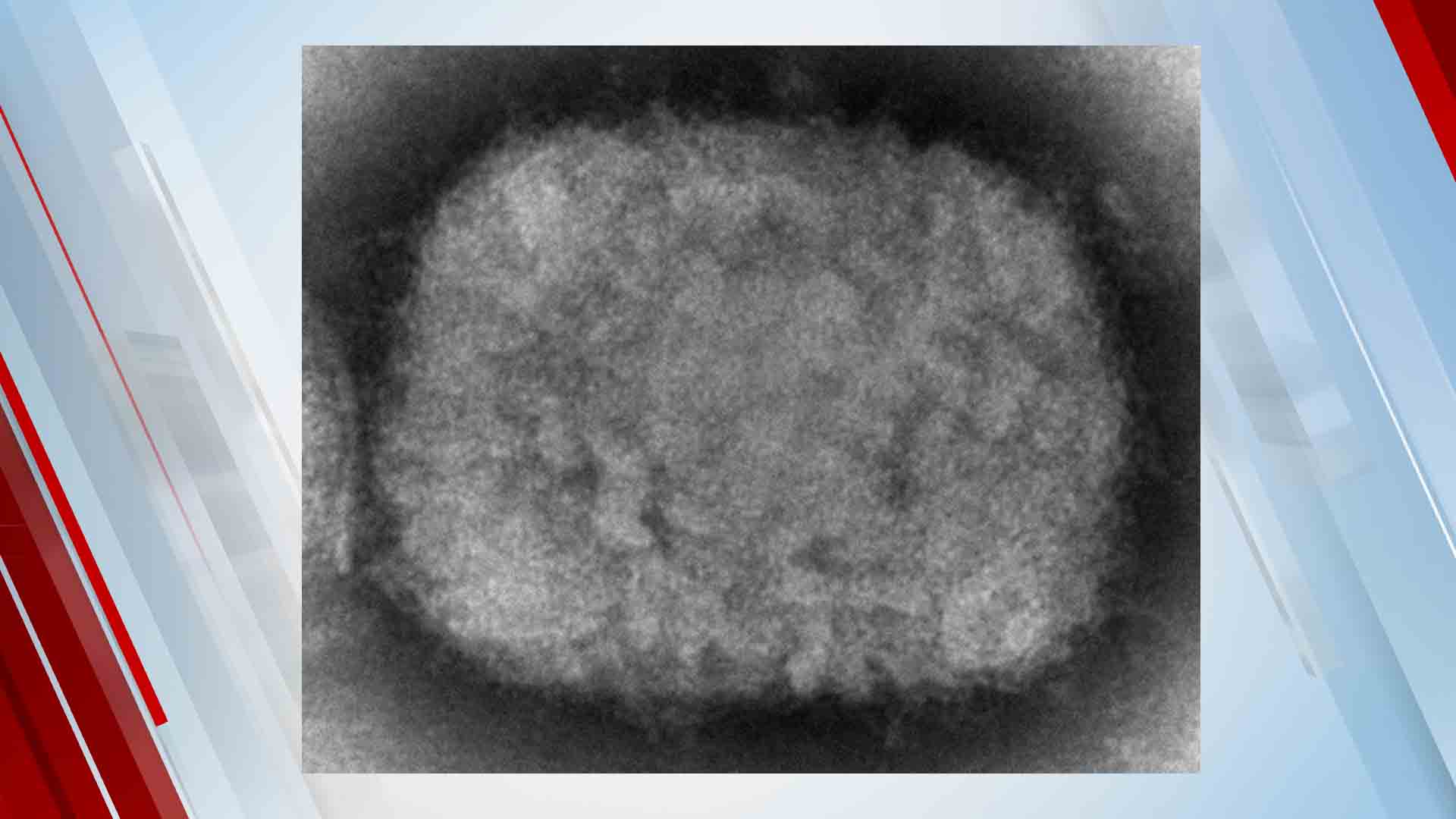 The Oklahoma State Department of Health announced Friday that it has identified the first probable case of monkeypox in Oklahoma.

According to the probable OSDH the case was found in a central Oklahoma resident who recently traveled internationally to a country with confirmed cases.

The OSDH says it is now working with the CDC to confirm the infection.

Jan Fox, Deputy Commissioner of Health Preparedness said, "As soon as we learned about the monkeypox outbreak in Europe our response team began working to coordinate areas within the agency to respond if a case was identified in Oklahoma."

The OSDH says monkeypox symptoms may include fever, rash and swollen lymph nodes. An individual infected with monkeypox will also present "firm, deep-seated, and well-circumscribed lesions."

OSDH officials advise resident to maintain a heightened awareness if a suspicious rash, consistent with monkeypox, shows up on an individual who recently traveled to a countries with confirmed cases.