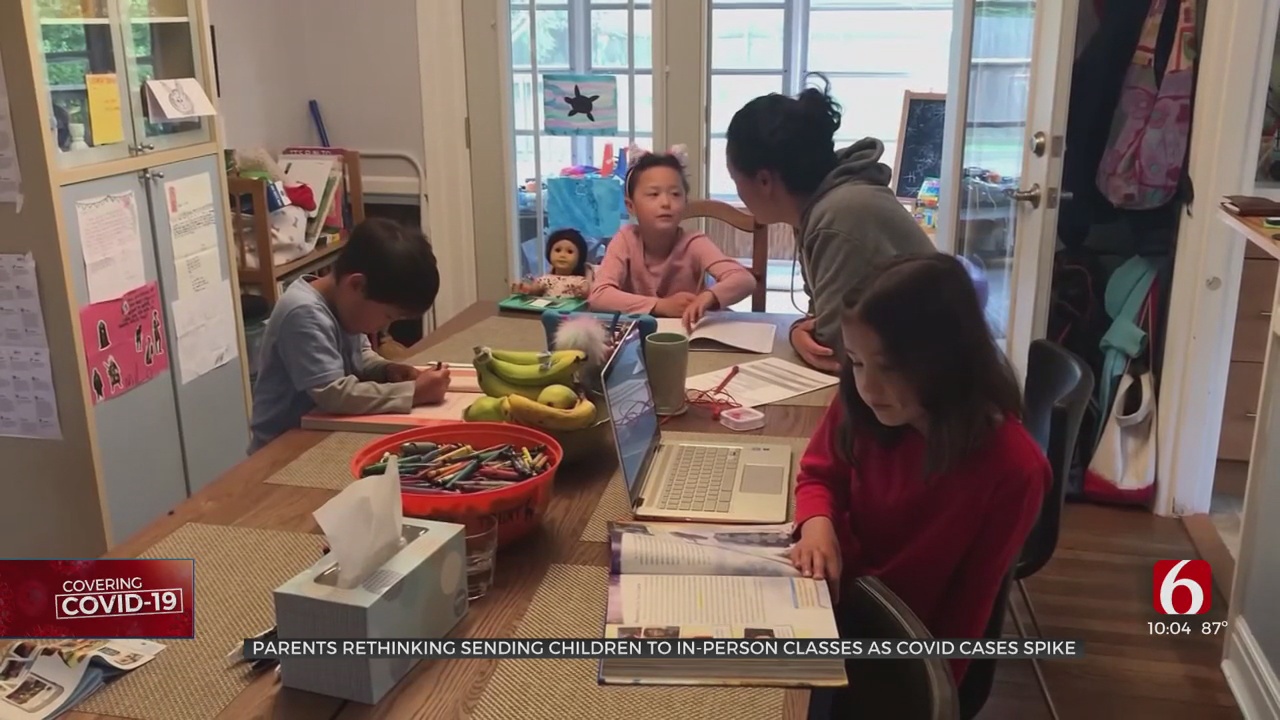 The rise in COVID-19 cases is causing families to rethink whether to send students back to in-person learning.

"It's tough on parents," said parent David Crow. "It's an extra burden for us."

David Crow says he hasn't decided whether he wants his kids to go virtual or in person this year.

He says last school year, his wife had to leave her job to be with their kids during virtual learning, which he says took a toll on them both.

"If we do indeed have to put them in virtual learning again, it's going to be tough on her," Crow said.

Other parents like Melissa Westfall say they're OK with in-person learning.

"We're just living our lives trying to not live in fear and all that," Westfall said.

"As a parent, making sure that your kids know they can tell you what's going on, and then just asking how they're doing," Lahr said.

Lahr says children aren't designed to go a long time isolated and Crow says as a parent, seeing his kids stuck at home away from friends, was hard to see.

"So many kids, they spend so much of their time isolated on phones; on electronic devices and school is such an outlet for them," Crow said. "Being able to go to the classroom is so important."

Crow admits he is pessimistic about the beginning of the school year with the rise in cases and his kids not being old enough to get vaccinated.

But he also says he's hopeful things will improve by mid-fall.

I'm optimistic it will get better," Crow said. "It will improve. So, it's just a really tough spot for parents right now with this school year, with this hanging over their head