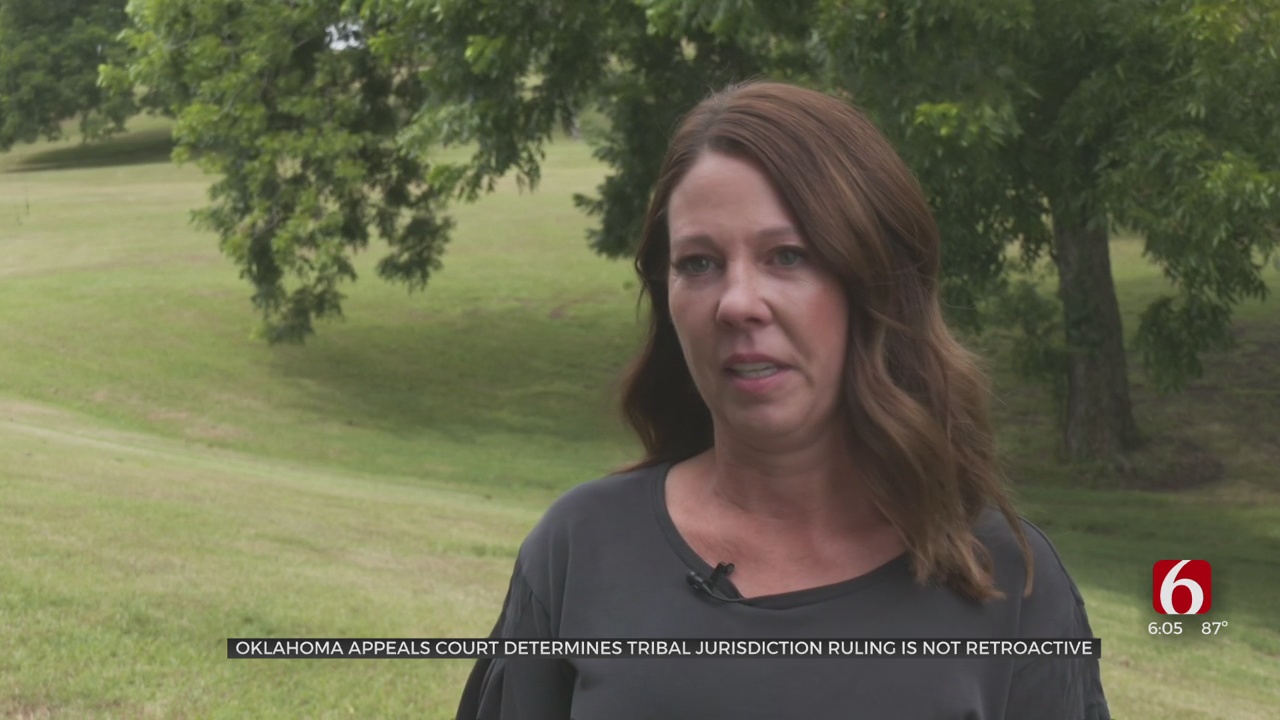 The Oklahoma Court of Criminal Appeals ruled last year's US Supreme Court ruling on tribal jurisdiction does not apply to people who were previously convicted in state court.

A Claremore woman whose mother was murdered 15 years ago said she has peace knowing the killer won't be set free.

Cari Bohannan said she cried tears of joy, knowing her mother’s convicted killer will stay behind bars. She said she and her family can finally breathe again.

"Nobody wants to go through a murder trial once, let alone a second time,” Bohannan said.

Until Thursday, Oklahoma courts were dismissing the cases which could be re-tried in federal court. But now, the Oklahoma court of appeals ruled that past convictions must stand.

Related Story: Oklahoma Court Of Criminal Appeals Rules That McGirt Decision Does Not Apply To Past Convictions

"We lost my mom to domestic violence in '06," Bohannan said. "He was convicted with a life sentence.”

Bohannan said her mother, Janice Scharmacher, was a woman with a bright and big personality with a caring heart.

Her husband, John Randy Scharmacher, strangled and killed her in 2006.

Bohannan was devastated his case might have to be dismissed and re-tried because he is Cherokee.

"We are beyond blessed, we feel like every prayer has been answered," Bohannan said. “For not only us, but so many families facing this."

Bohannan said the past several months have been horrible, and now, she can finally feel peace and know her mother's killer will be in prison for the rest of his life.

"It's really hard," she said. "I was notifying family and friends. Everybody is so excited and relieved. Let's close this chapter and move on."