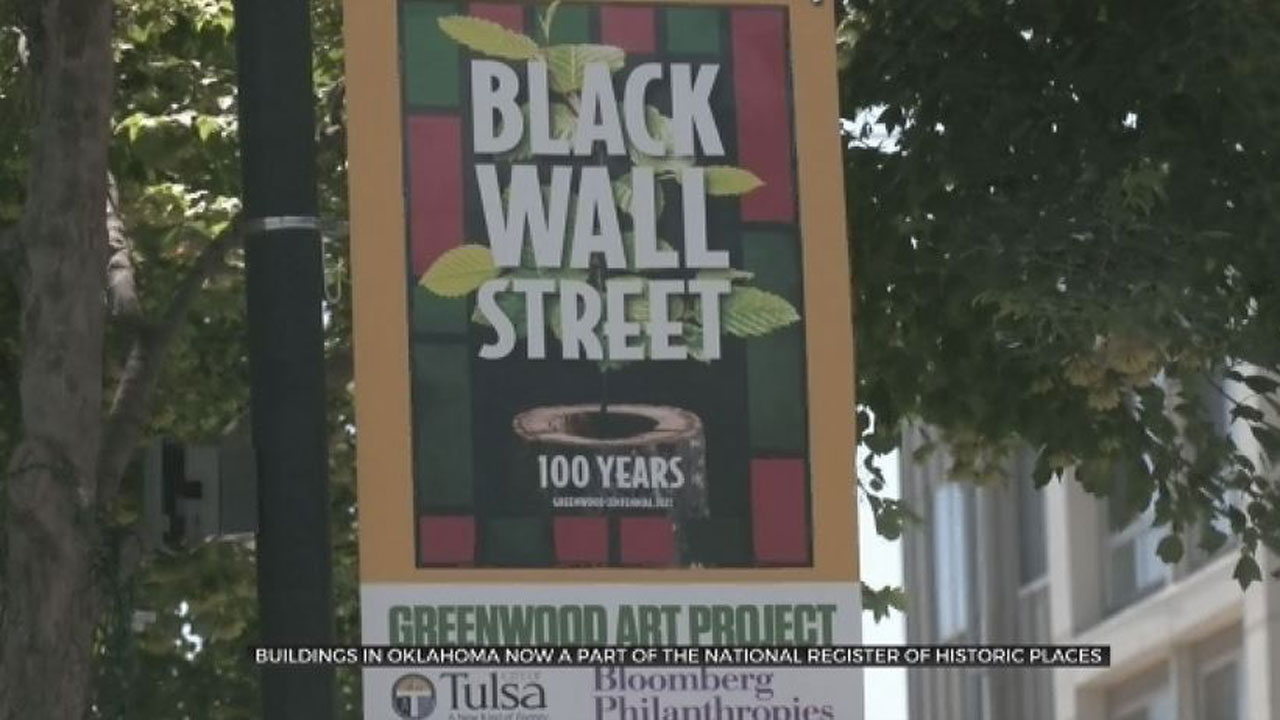 Several buildings in Oklahoma are now a part of the National Register of Historic Places.

The properties recently added to the national register are located in Oklahoma, Payne and Tulsa counties.

The register is also recognizing Greenwood Avenue because of its importance to Tulsa history.

“We generally look at age, which means they have to be 50 years or older and it comes down to their historical significance,” Oklahoma State Historic Preservation Office architectural historian Lynda Ozan said.

Ozan said the properties that were added to the National Register are significant to the state’s past.

Some include the Lytton Building-Masonic Hall in Stillwater, the Sidney and Mary Lyons Residence and Commercial Historic District in Oklahoma City and the buildings in the 100 Block of North Greenwood Avenue in Tulsa.

Ozan said they were reconstructed after the 1921 Tulsa Race Massacre and are therefore important history.

“Can’t express how much it means to have some of these buildings to be declared as historical landmarks,” Celi Davis with the Greenwood Project said.

Davis said the structures have been preserved for decades, including the bricks. The roofs have also been maintained.

“I think it’s very important that people can see something tangible,” Davis said.

“The more people that know what happened in Greenwood, the more they are going to protect Greenwood,” Greenwood 396 co-founder Heather Nash said.

Nash believes these buildings being added to the National Register helps keep the legacy of Greenwood alive.

To find the list of the properties that were just added to National Register of Historic Places, click here.