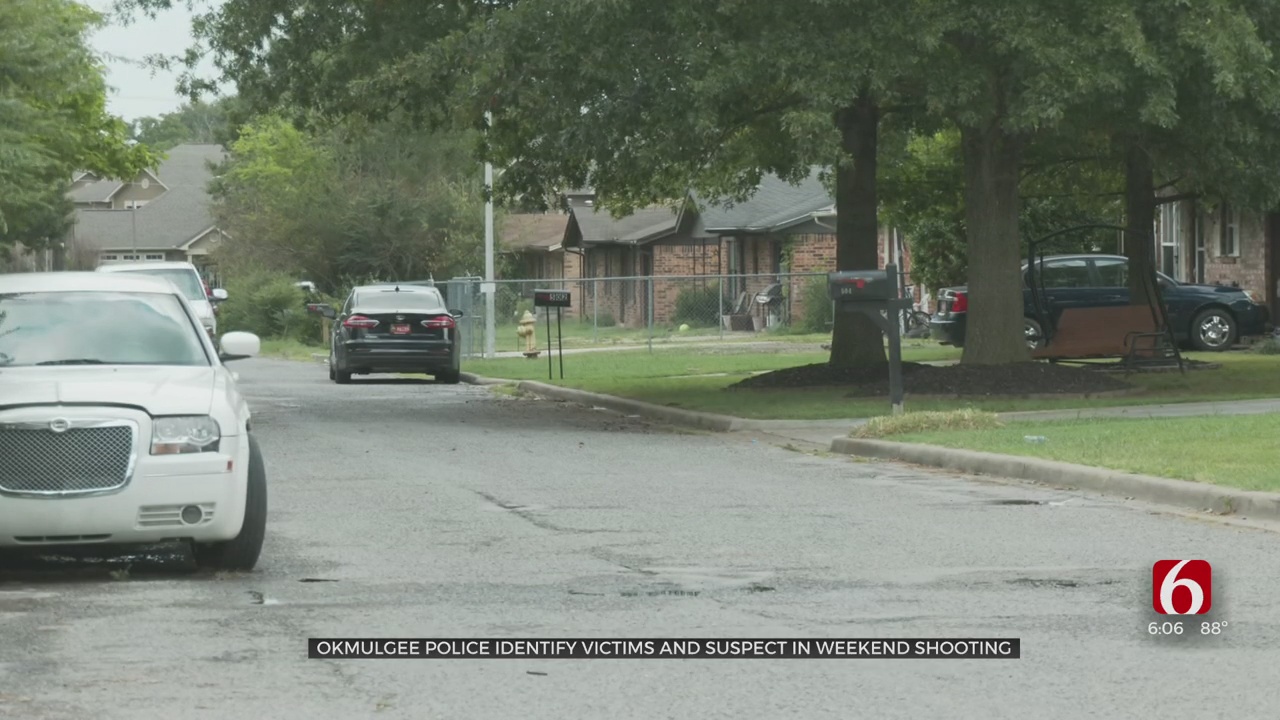 The shooter and victims of a deadly Saturday night shooting in Okmulgee have been identified by the Okmulgee Chief of Police.

Police said an argument could have escalated into gunfire.

Police said that two men came to 44-year-old Marshall DeJear'S home and pointed guns at him, so he pulled out his own gun and fired. DeJear is being held right now for having a gun as a former felon.

Police said 52-year-old Adam Stallings of Okmulgee died and 29-year-old Breyon Stallings is in the hospital.

Investigators said Breyon first went to DeJear's home, and the two men talked, but then left and then came back with Adam.

Investigators say both men pointed guns at DeJear. So, DeJear got his own gun and shot them.

News On 6 did speak to DeJear's wife, who said she heard the gunshots, but did not know what led up to it. Police say the investigation is not over yet.