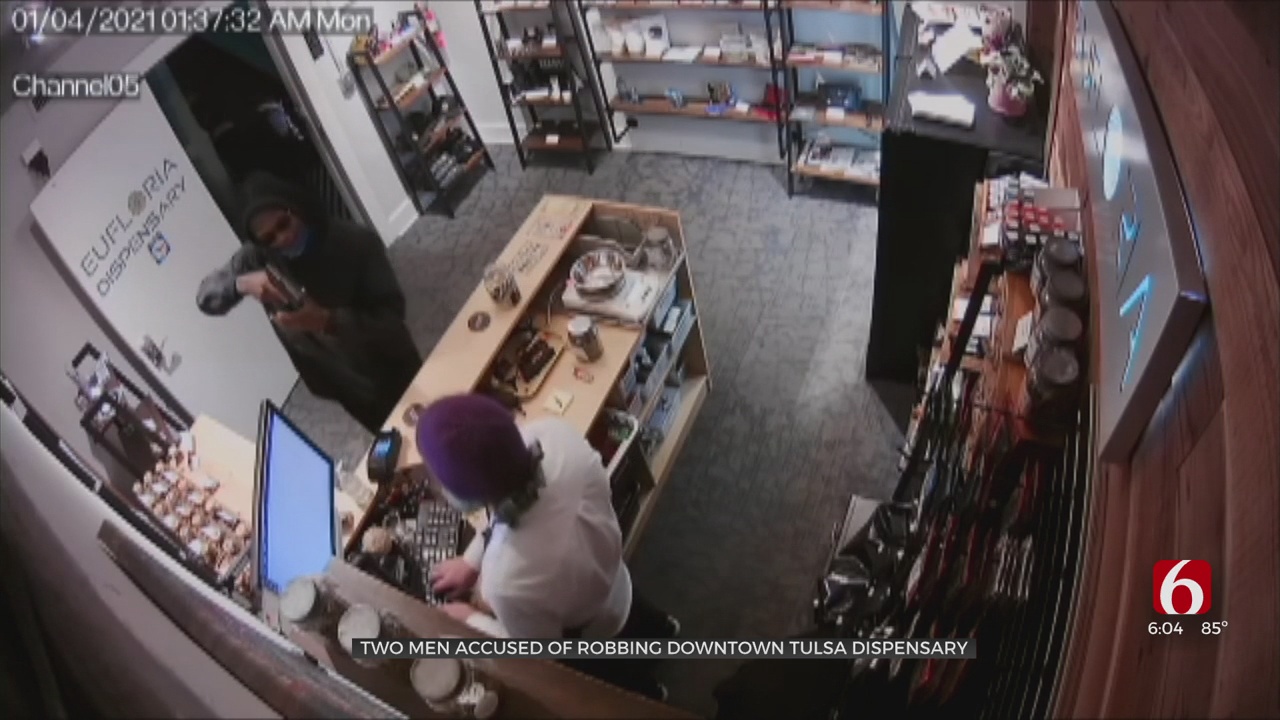 Two men are in jail accused of robbing Eufloria Dispensary downtown, and police are still looking for a third man.

Detectives said this is a perfect example of how persistence pays off. It took eight months, but now, people are now in jail who police say pointed guns at innocent people.

Surveillance video shows three men go into a dispensary near MLK and Cameron, point the gun at the clerk, and steal marijuana and cash.

The video shows one robber putting the gun to the back of the clerk's head, while the other two cleared out the cash register and filled up bags with pot.

"It was pretty brutal,” said Lieutenant Justin Ritter with Tulsa Police. “They go in with guns, hold a gun to the side of a guy’s head. Obviously the more serious ones like that, we put to the top of our priority list."

Ritter said they got a good lead on one of the suspects earlier this year, then the case went cold. That was until they investigated a string of other dispensary robberies, three in south Tulsa and one in Bartlesville.

"When you start tying these together and you think holy cow, these guys are robbing more than one location, it just kind of snowballs,” said Ritter.

"Sometimes it takes time and just because they aren't getting solved right off the bat, doesn't mean we aren’t working on them,” said Ritter.

"Some of these businesses are open all hours of the day and night. It's cash and drugs that are there, it's just a ripe target,” Ritter said.

Williams is currently in the Washington County jail for the Bartlesville robbery. Records shows he was released from prison less than three months ago, after serving six years for burglary. Tommy and Matthew Spears are in the Tulsa County Jail.