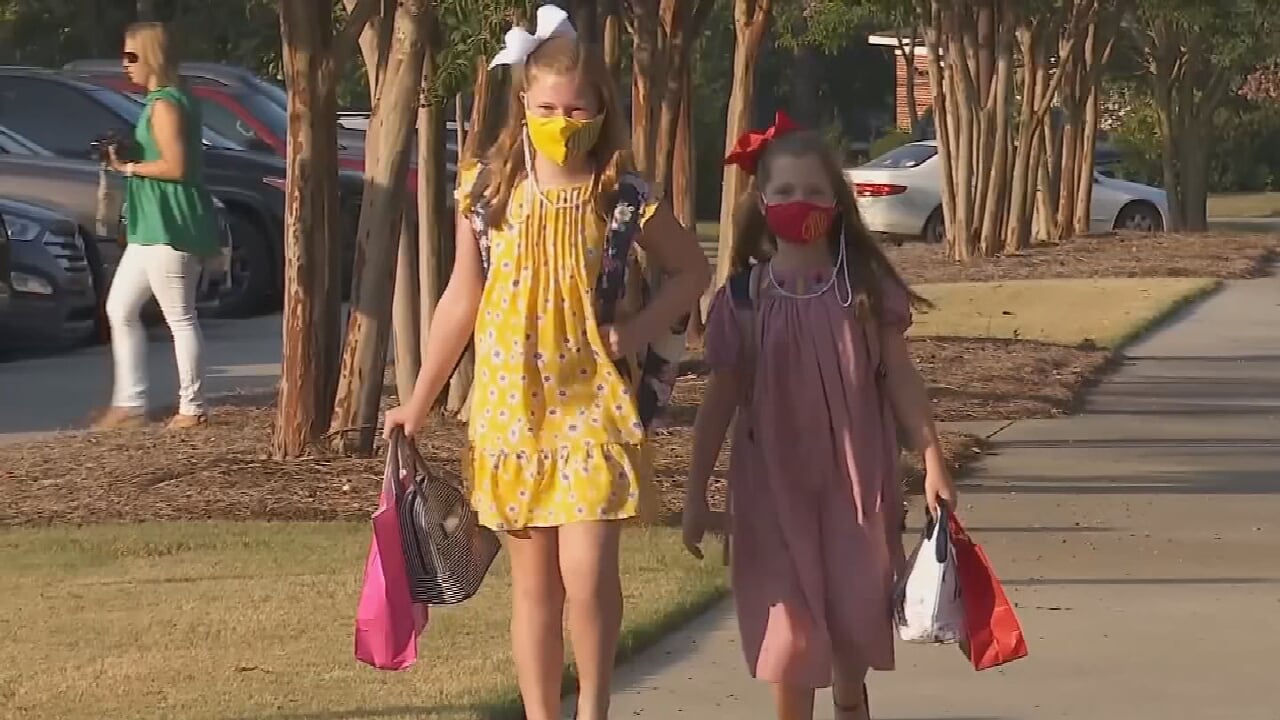 An Oklahoma County judge on Wednesday issued a temporary injunction on a state law that banned school districts from requiring masks in schools.

Starting Monday school districts can require students and staff to wear masks, but the judge said districts must include an option to opt-out. The judge said she made this decision because K-12 students are required by law to go to school, and the law must be applied equally to both private and public schools.

This is only temporary. Another hearing will be scheduled for a final decision.

Governor Kevin Stitt, who has said he "vigorously defends" Senate Bill 658, and State Superintendent Joy Hofmeister, who said she wants to see the law "stricken in court," both called Wednesday’s ruling a "victory."

Stitt released a statement saying the ruling is "...a victory for parental choice, personal responsibility and the rule of law."

Meanwhile, Hofmeister said the ruling is "...a victory for families, the safeguarding of schoolchildren and their opportunity to learn in-person."

Tulsa Public Schools said the injunction does not change anything for the district, which already requires masks. The district stopped short of calling it a mandate saying, "masks will be worn by all individuals, except those with approved exemptions." TPS said it is confident its mask protocol complies with the law.

News On 6 reached out to Broken Arrow, Union, Jenks, Bixby, Sapulpa, and Owasso Public Schools, which all said they want to learn more about the judge's order first and discuss it internally before making any decisions or announcements about masks.

Glenpool and Tahlequah Public Schools did not immediately respond to News On 6’s request for a response to the injunction.

The Oklahoma State Medical Association released a statement saying in part, “We are pleased with the outcome of today's hearing; however, this is just a first step in ensuring our schools maintain local control..."