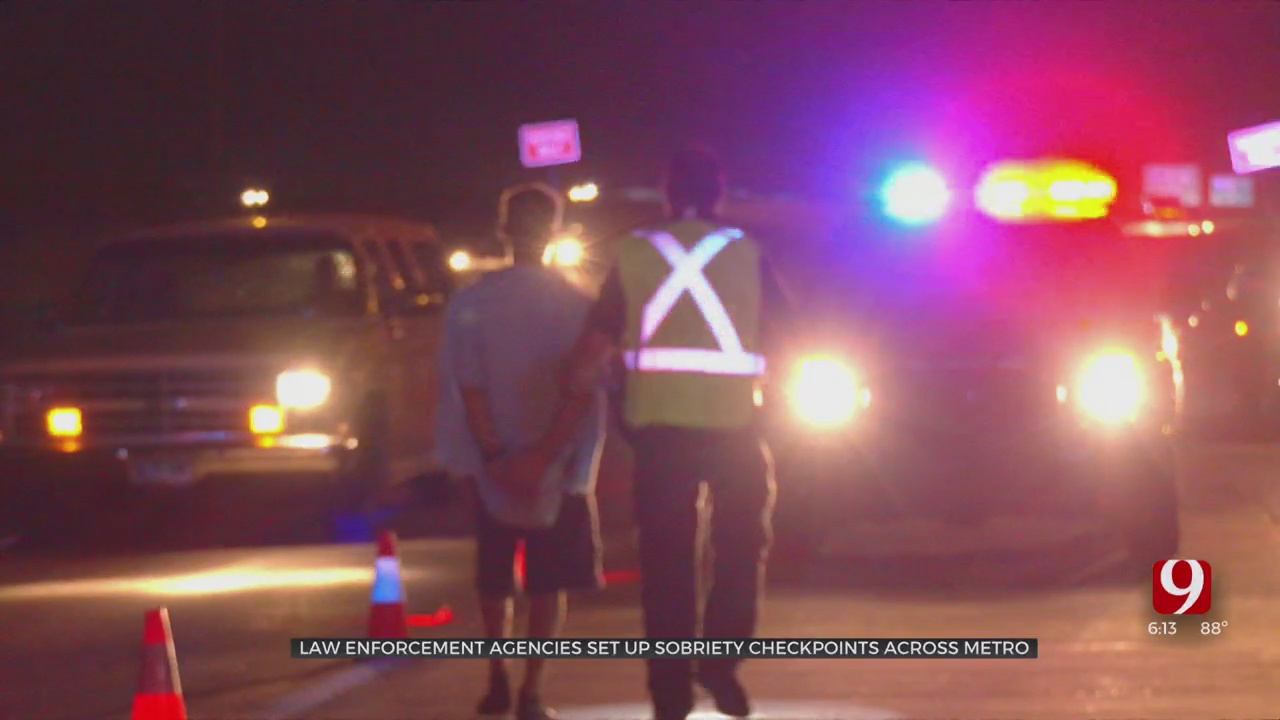 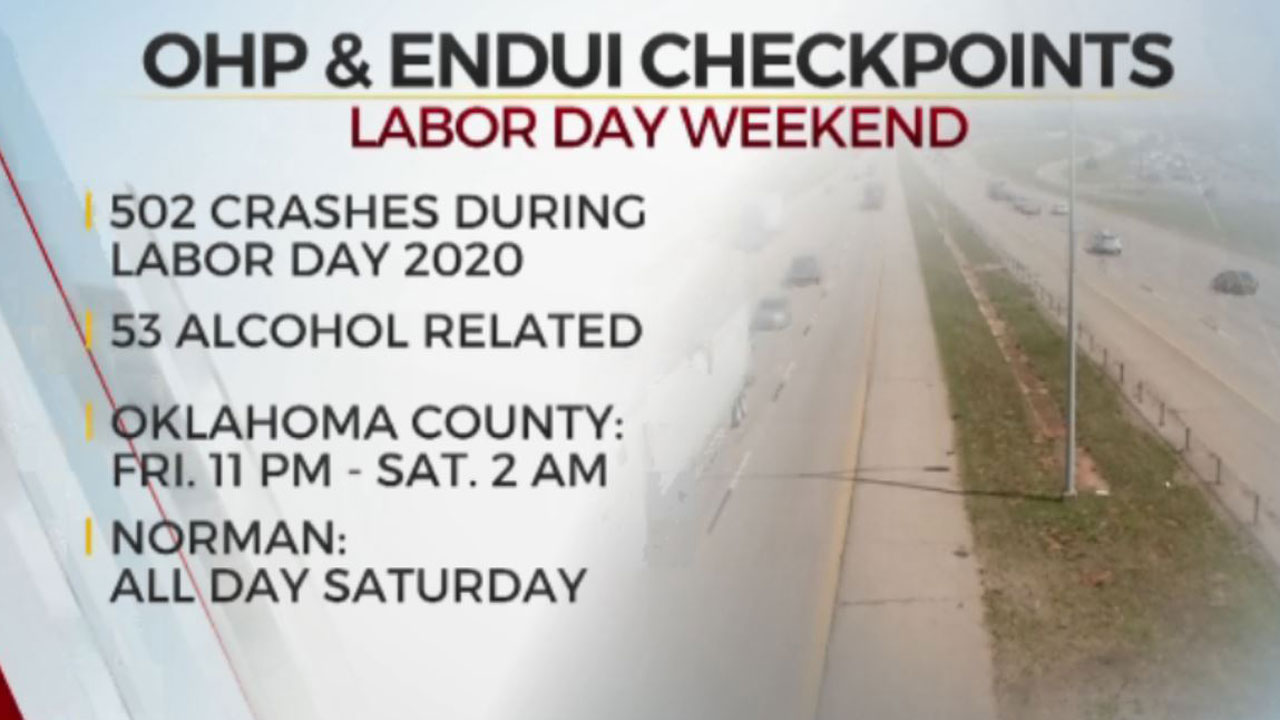 Oklahoma Highway Patrol and several other metro law enforcement agencies are out in full force encouraging folks to drive safe, drive sober or get pulled over.

“It's a sobriety checkpoint, so anybody that comes through the checkpoint that's intoxicated on alcohol or any other substances they'll be arrested,” State Trooper Aaron Nickell said.

In just a few hours, several arrests were made for driving under the influence, drug possession and some drivers received citations and were released for possession of marijuana.

“During holiday weekend, such as Labor Day collisions increase, DUI’s increase. Our goal out here is to stop injury crashes or fatality crashes,” Nickell said.

State Trooper Nickell said OHP will be working overtime the entire Labor Day weekend. Last year, there were over 500 crashes during Labor Day across the state, five were fatal.

With the University of Oklahoma versus Tulane University being moved to Norman last minute, Nickell said they're partnering with Norman Police to increase patrol in the area.

“We're also doing saturation patrols where we just saturate the area of Oklahoma City and stop as many cars as we can. Having a home game here in Norman, brings in a lot of extra people, it brings in a lot of out-of-towners who are here some of them may be drinking or doing something else,” Nickell said.

Nickell encouraged drivers that plan on celebrating this Labor Day weekend to have a plan before they get behind the wheel for not only their safety but everyone on the roadways.

“If you are going to drink or partake in any other activity have a way to get home. If you are out driving and see someone driving erratically or you're suspicious about go ahead and call us and we'll try to get them stopped,” Nickell said