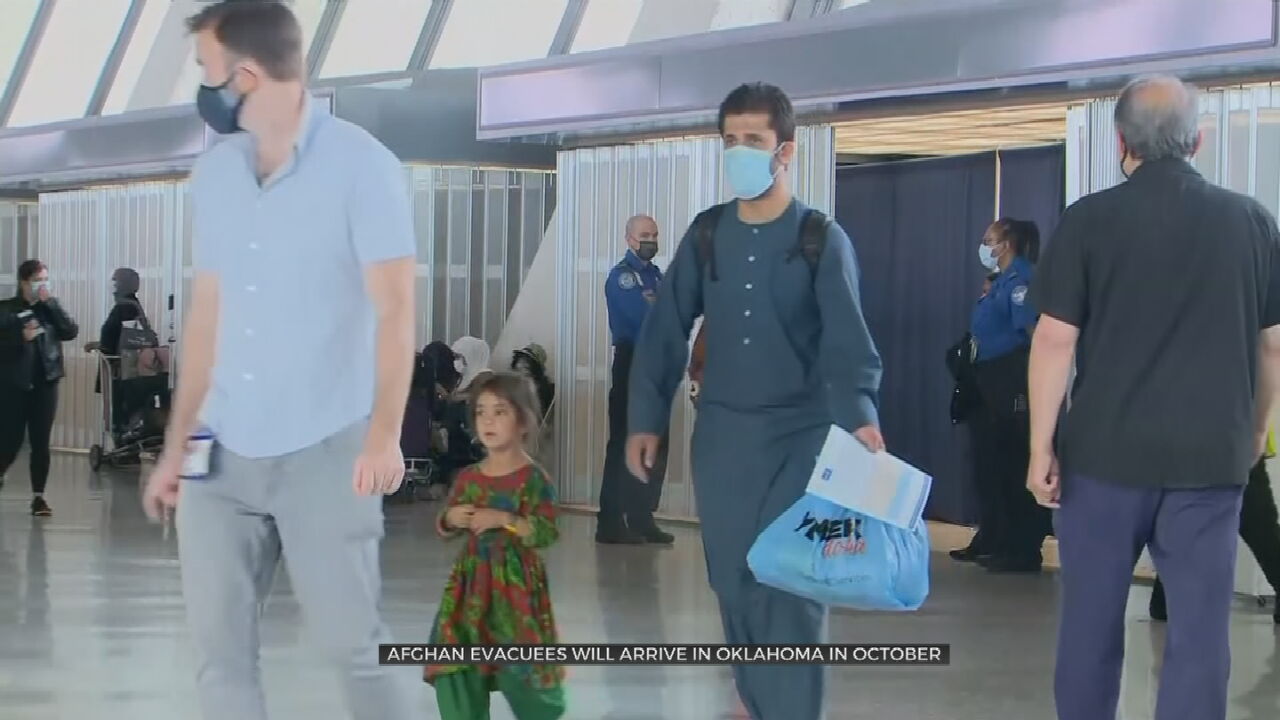 The United States evacuated about 65,000 refugees out of Afghanistan last month as the Taliban took over Kabul and most of Afghanistan. Many of those refugees are being dispersed throughout the U.S., including almost 2,000 people here in Oklahoma. They were originally expected to arrive in the Sooner State as soon as early September, but delays in screenings have pushed back that timeline.

Catholic Charities of Eastern Oklahoma tell us they anticipate the refugees will arrive in the state around the second week of October.

The Department of Homeland Security said 1,850 refugees are coming to Oklahoma, meaning the state is taking in the third-highest number of people in the country, only surpassed by Texas and California.

Deacon Kevin Sartorius with Catholic Charities said in past instances of Oklahoma taking in refugees, the measure has been very successful.

“What we find is they take root, they get a job, and there and many employers in Oklahoma who employ these people, their kids get enrolled in school and they start learning and having ambitions,” Sartorius said.

Currently, those who fled Afghanistan are being held in military bases across the world while they go through the long processes of extensive health screenings, security tests, and getting approved for a visa. The Pentagon has released a report saying it is dealing with measles in some holding areas, which has halted processing for thousands of Afghans.

Sartorius said 850 refugees are expected in eastern Oklahoma and another 1,000 people in western Oklahoma by mid-October. He said they are excited for them to arrive because they will be a great addition to the Tulsa community.

“At that point, they really become a fabric of the Tulsa community,” Sartorius said. “That’s our hope that they stay here and even invite their friends to come join us.”

The other 1,000 refugees coming to Oklahoma will be placed in the western half of the state when they arrive.

Catholic Charities of Eastern Oklahoma is in charge of finding housing and furniture for the families arriving. Sartorius said they are having trouble finding enough housing for everyone since there are already a lot of people relocating to Oklahoma in general. He is asking anyone with any leads on housing options or furniture donations to please contact them at (918)-949-4673 or Click Here to visit the Catholic Charities of Eastern Oklahoma website.