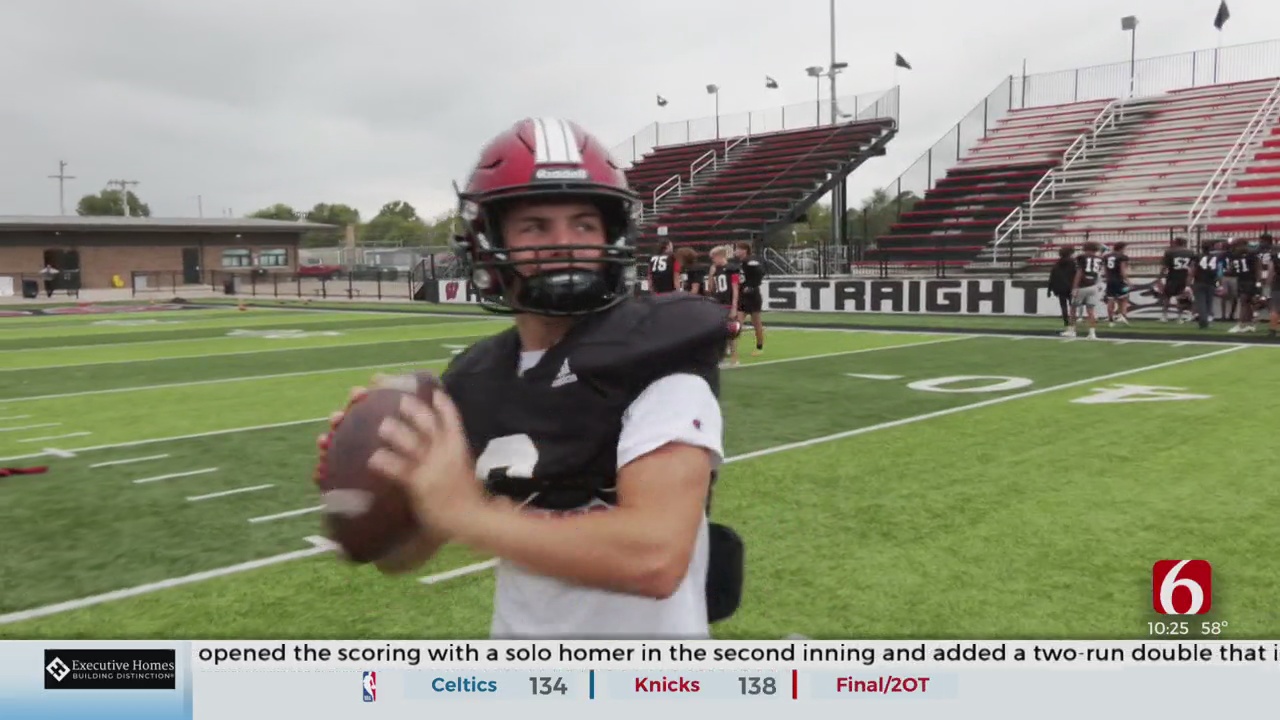 Rodriguez Family Legacy Of Stellar Football Carries On At Wagoner

Some football programs are known for the wins that they put up on the scoreboard, others for the style of play that they display out on the turf. Wagoner is known for a last name.

"The number of years I have had a Rodriguez on the high school team I guess would date back to probably 2013-2012," said head coach Dale Condict.

First was Roman, a linebacker who led the Bulldogs to a state title in 2014. Then came Malcolm. Before he was star linebacker at Oklahoma State, he won 37 straight games and two state titles as Wagoner’s quarterback. Now, it’s another quarterback in the youngest brother Gabriel.

"I’ve told his parents, why didn't they have more kids, I love it," said Condict.

Gabriel said watching his older brother Malcolm light it up on defense for Oklahoma State has helped him grown in his own game.

"I learn from him every Saturday, even after Friday nights, sometimes he comes down here and watches me, teaches me what I need to do," said Gabriel.

Gabriel is well on his way to becoming the latest Rodriguez to go down in Bulldog history.

"Continues to improve every week, especially at the quarterback position I think he has thrown for eight touchdowns the last two games,” Condict said. “He is really starting to come along when we need him to.”

It’s just another day in the family business.

"It’s definitely awesome to say that my family has been a part of, it's just Wagoner football," said Gabriel.