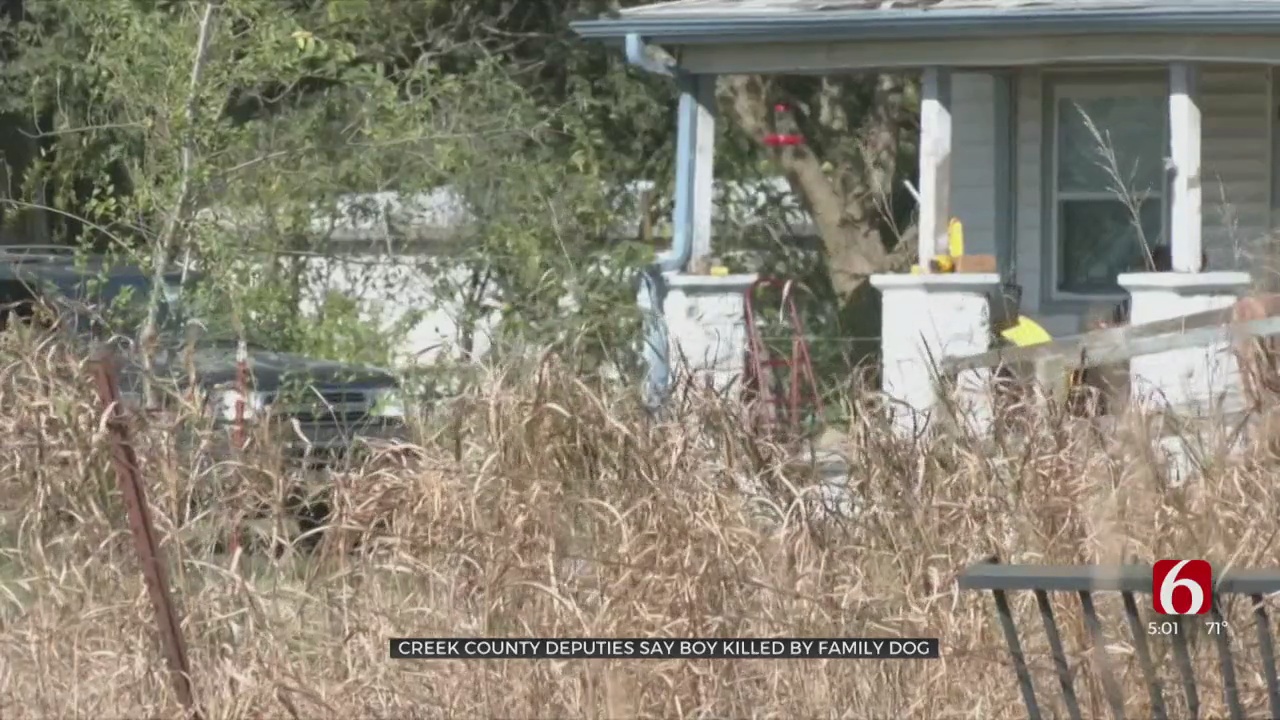 A boy has been found dead Wednesday night after an apparent attack by a pet dog, according to the Creek County Sheriff's Office.

Deputies said the boy was playing outside, then wandered off and after searching, his body was found in the backyard.

The property owner, who isn't related to the family, told News On 6 the boy was just seven years old.

The Sheriff's Office said the parents called deputies just after 7 p.m. Wednesday to report that he was missing from their home.

They say deputies put together a search team and fifteen minutes later, found the child dead about half an hour later near West 171st Street South and Highway 75-A in Creek County, near Kiefer.

"We just started seeing flashing lights, Kiefer Police, highway patrol, another vehicle had their flashers on driving up and down the road," neighbor Shannon Edison said.

Edison said she and her family were celebrating a birthday outside on their porch near the area when they heard and saw the commotion begin.

Edison said once she figured out what happened, she was devastated.

"It was gut wrenching. No family should ever have to go through something like that," Edison said. "I just couldn't believe it, honestly. It was something that was unfathomable."