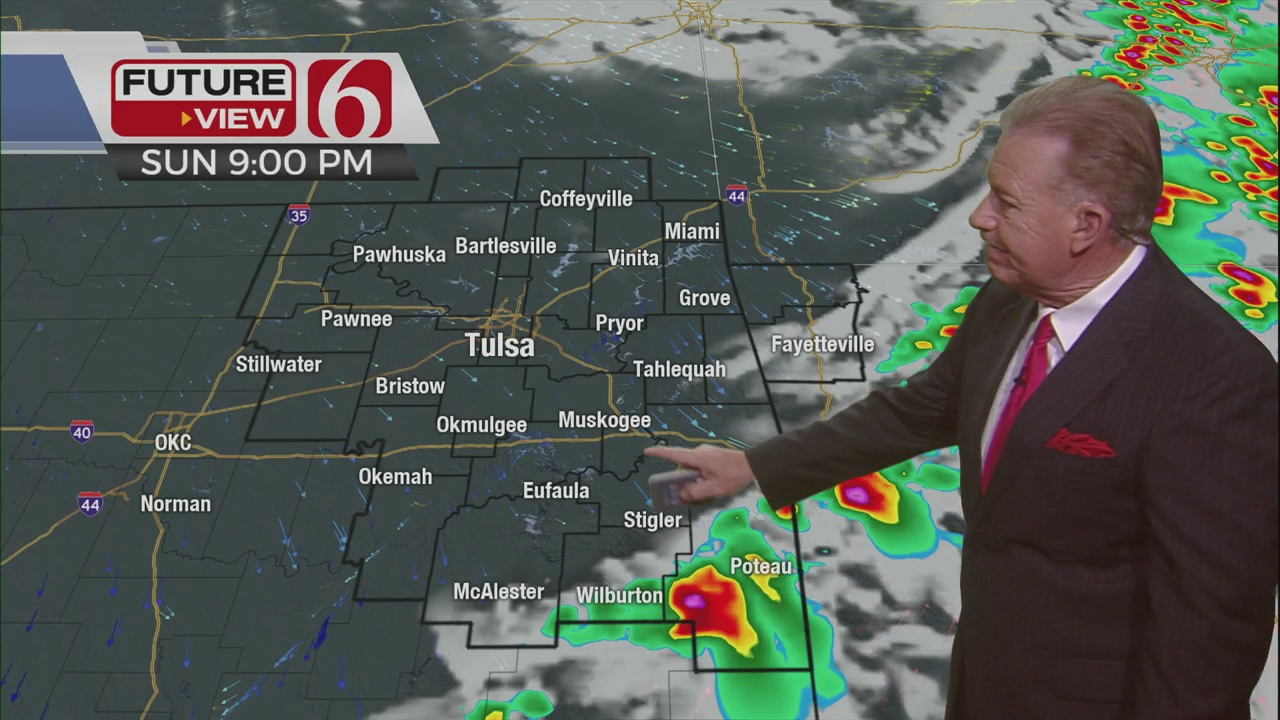 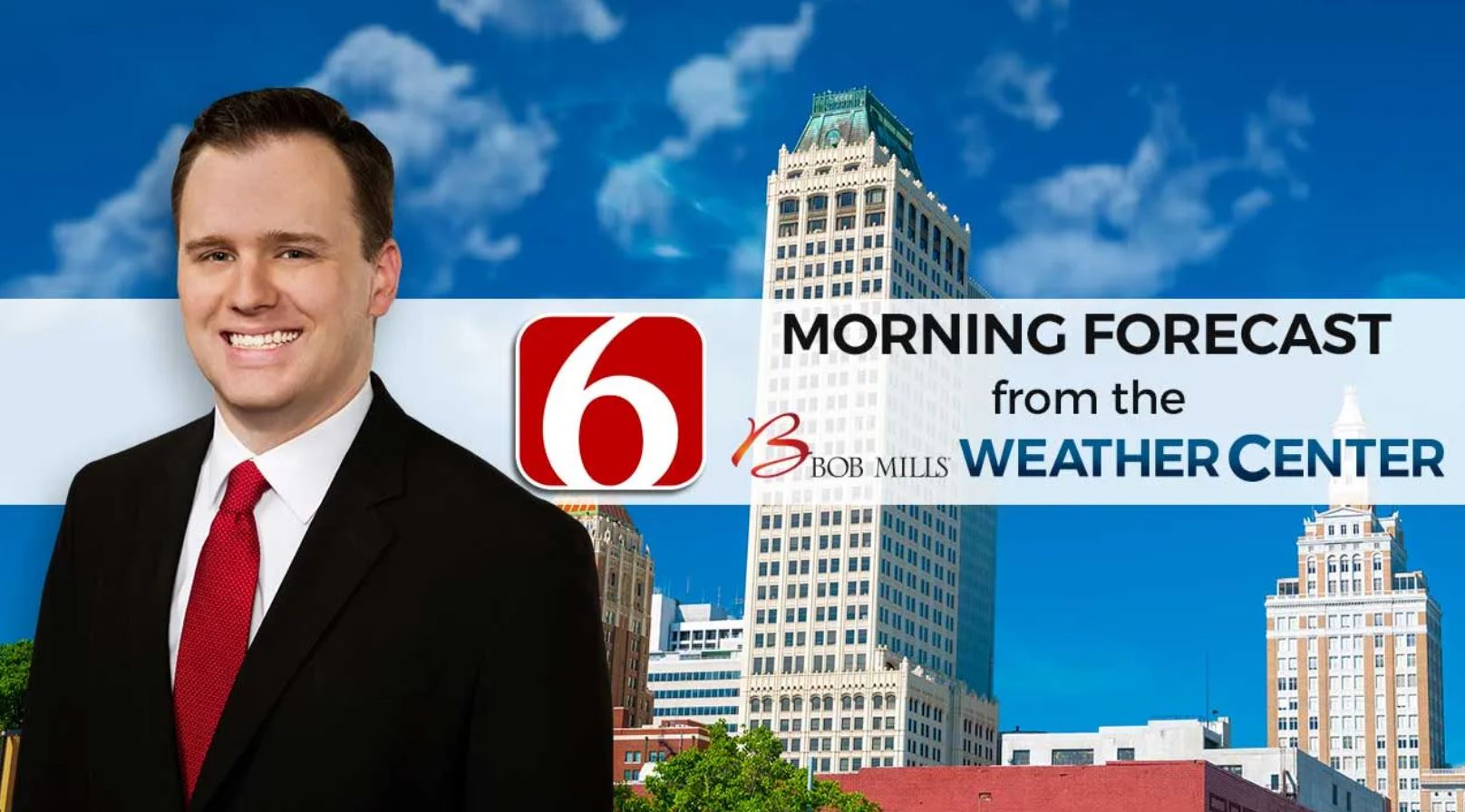 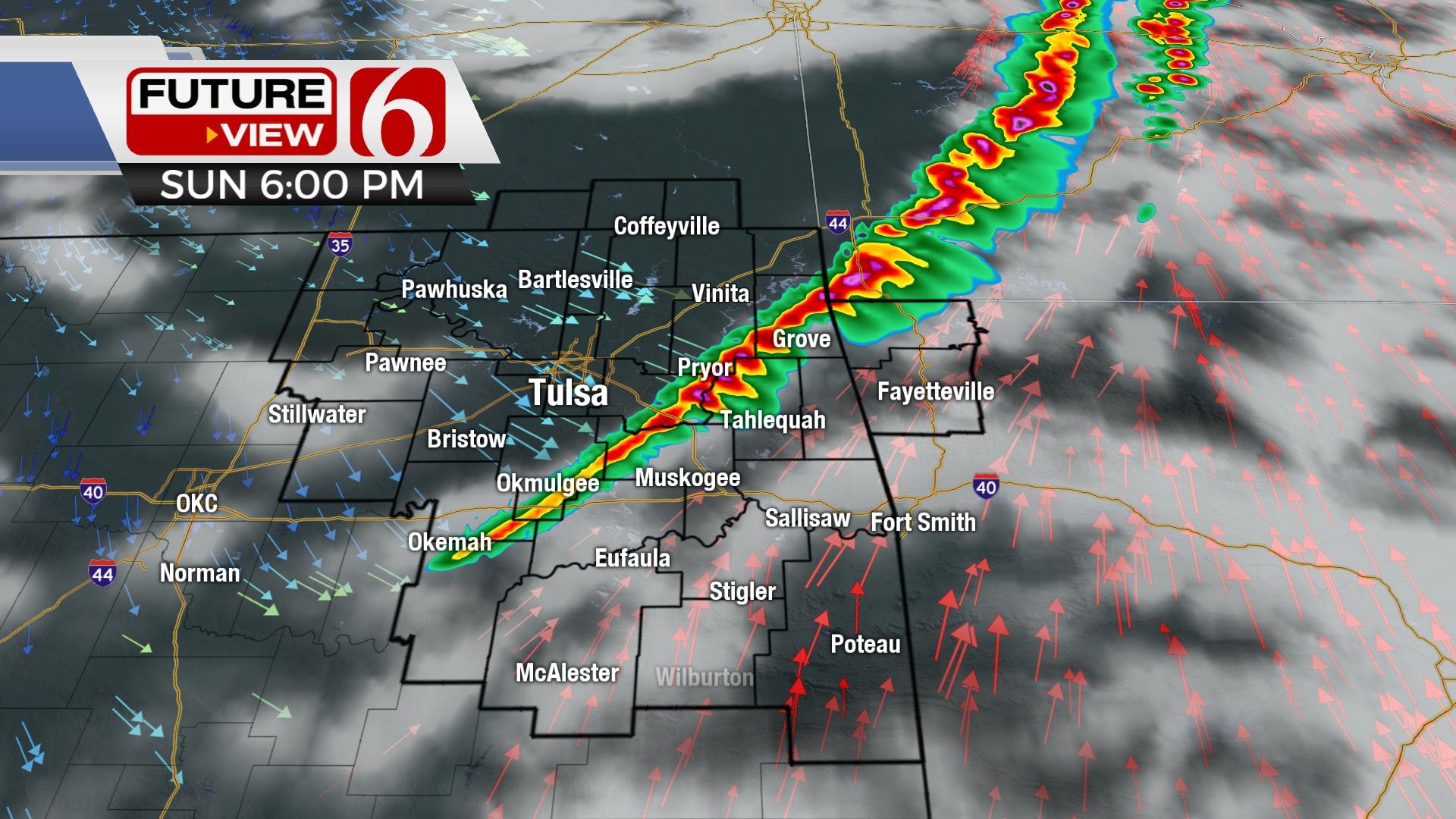 A Tornado Watch has been issued for the following counties until 11 p.m.: Adair, Cherokee, Delaware, Haskell, Latimer, Le Flore, McIntosh, Mayes, Muskogee, Pittsburg, Pushmataha, Sequoyah, and Wagoner. Arkansas counties Benton and Washington are also under a Tornado Watch until 11 p.m.

A Severe Thunderstorm Warning has been issued for the following counties until 7:45 p.m.: Adair, Cherokee and Sequoyah

News On 6 Meteorologist Stephen Nehrenz is tracking the possibility of severe storms that could affect portions of Green Country on Sunday.

According to Nehrenz, the chances for storms increase for areas east of U.S. Highway 69 and stretching toward the Oklahoma-Arkansas state line.

Nehrenz said these storms could produce damaging winds around 60 miles per hour and at least quarter-size hail. There is also a low threat for some tornadoes. The storms will spring up due to the cold front expected to move through Green Country around 3 p.m. Sunday. The system is likely to move from Green Country toward portions of southeast Oklahoma around 7 p.m.

The storms are expected to move out of the state entirely between 9 and 10 p.m.

The cold front will bring cooler temperatures Monday morning with lows in and around Tulsa hovering in the upper 40s to lower 50s.

Stay with News On 6, NewsOn6.com and the News On 6 app. We’ll keep you advised.

Flood Watch In Effect Across Parts Of Green Country