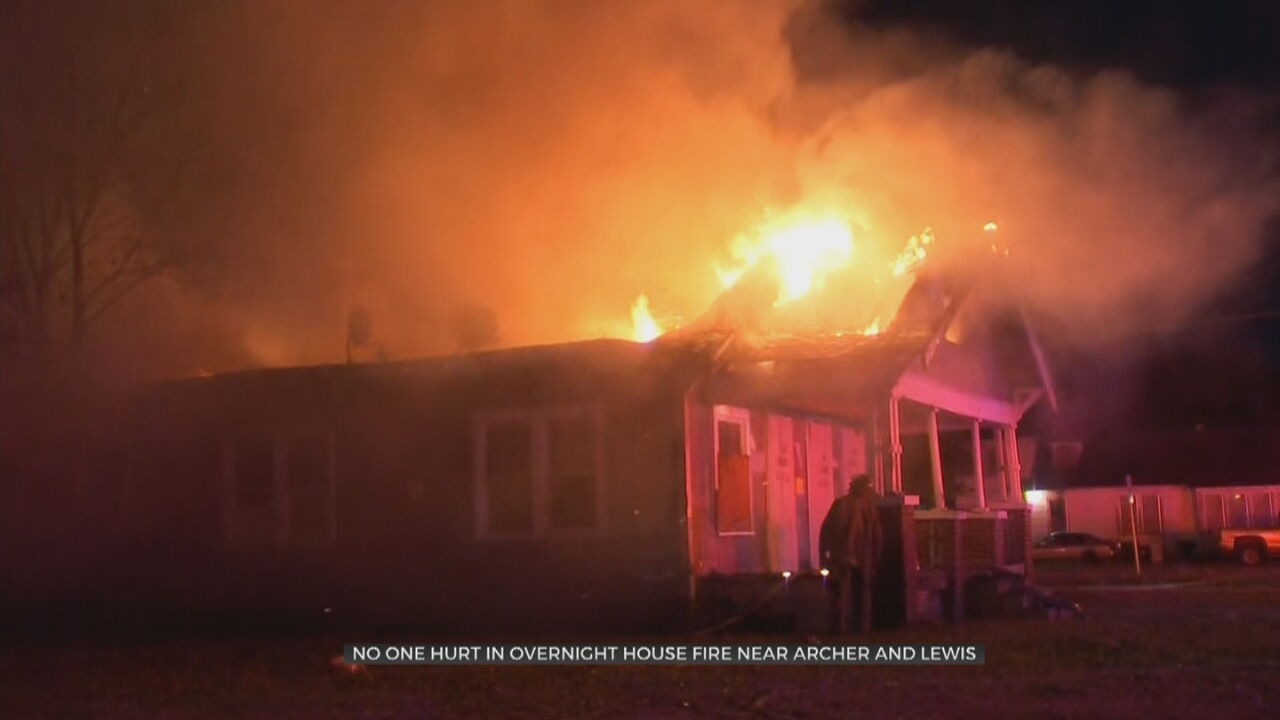 Tulsa Firefighters were called to the scene of a house fire that broke out at a vacant home near Archer and Lewis.

According to officials, crews got the call around 2 a.m. on Wednesday morning.

Officials say the house had been abandoned for about a year. The same house caught fire a few months ago.

Nobody was injured in the blaze.