Thunder Report: Thunder Fall To Jazz In Another Close Game 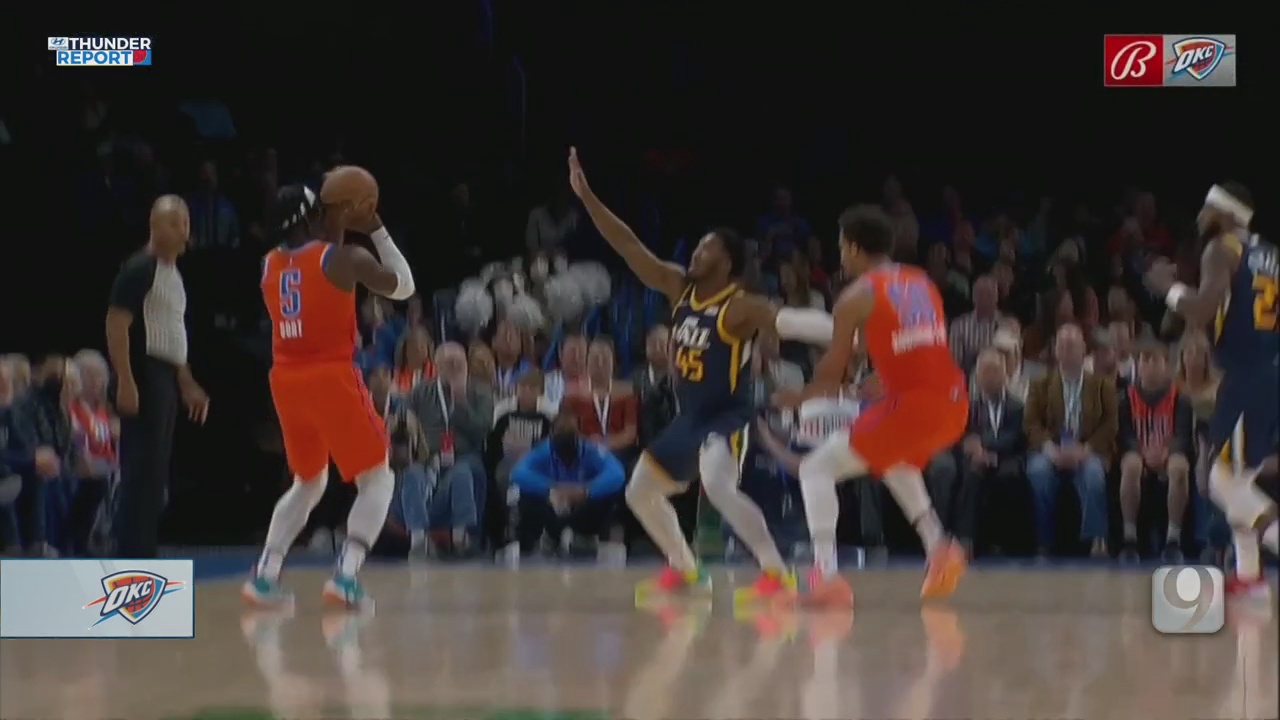 Thunder Fall To Jazz In Another Close Game

Donovan Mitchell scored six straight points in the final minute and the Utah Jazz held off the Oklahoma City Thunder 110-104 on Wednesday night.

Mitchell had a rough shooting night before the final surge, hitting just four of his first 14 shots. He finished with 13 points.

Clarkson hit back-to-back shots after the Thunder took their last lead of the night at 94-93 midway through the final period. Gobert followed with a steal and slam and it looked as if Utah had some breathing room.

But the young Thunder rallied.

Conley put the Jazz back in front for good with a short jumper, and Mitchell took over from that point. He put back his own miss under the basket, hit two free throws on the next trip downcourt and then finished the run with a jumper that gave the Jazz their final margin. When Dort was called for an offensive foul with :40 seconds left, Oklahoma City challenged and lost, effectively ending the Thunder’s chances.

Jazz : Hassan Whiteside picked up two quick technicals and was tossed from the game during a timeout late in the first quarter. He played just three minutes before the ejection. It was his second of the season.

Thunder: Coach Mark Daigneault was back after missing three games for the birth of his first child. He and wife Ashley welcomed Alex John (AJ) on Monday. ... With Shai Gilgeous-Alexander out for the third straight game, Daigneault gave rookie Aaron Wiggins his first career start. At 22 years and 8 months, he was actually the oldest player in the Thunder starting lineup, which contained three rookies.

Thunder Report: Thunder Fall To Jazz In Another Close Game

News On 6 at Noon Newscast (December 9)