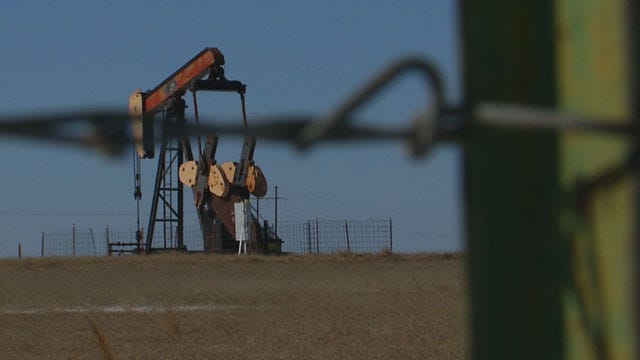 The Biden administration is recommending that oil and gas companies pay more money to drill on public lands and waters, but is stopping short of banning drilling on public lands.

The Interior Department made its recommendation in a report released Friday, after finishing its review of federal oil and gas programs. Many environmental activists were hoping for more restrictions on drilling, or an outright ban. The review was prompted by an executive order.

"Our nation faces a profound climate crisis that is impacting every American," Interior Secretary Deb Haaland said in a statement. "The Interior Department has an obligation to responsibly manage our public lands and waters – providing a fair return to the taxpayer and mitigating worsening climate impacts – while staying steadfast in the pursuit of environmental justice."

The department's report recommends increasing royalty and bonding rates, avoiding leasing in areas that conflict with wildlife or conservation, and prioritizing leasing areas with resource potential. The report notes that rental rates, which companies pay before production, haven't been raised since 1987 and remain at $1.50 to $2 per acre per year. But the report says little about how the changes will help mitigate the effects of climate change.

The recommendations come as energy costs are projected to increase over the winter months.

Center for Western Priorities Executive Director Jennifer Rokala said in a statement that oil and gas companies for too long "have taken advantage of a system that prioritizes profits over communities, taxpayers, and our climate."

"It is now up to Congress and the Biden administration to put this plan into action and move toward a day in which our public lands continue to strengthen local communities while being part of the climate solution, not part of the climate problem," she said.

The oil and gas industry, however, isn't thrilled by the increase in their cost of drilling. American Petroleum Institute senior vice president Frank Macchiarola said the Biden administration is "sending mixed signals."

"Days after a public speech in which the White House said the president 'is using every tool available to him to work to lower prices and address the lack of supply', his Interior Department proposed to increase costs on American energy development with no clear roadmap for the future of federal leasing," Macchiarola said in a statement.

The Interior Department says it will continue to reach out to state and local governments, tribes, environmental communities, and industry and labor leaders.