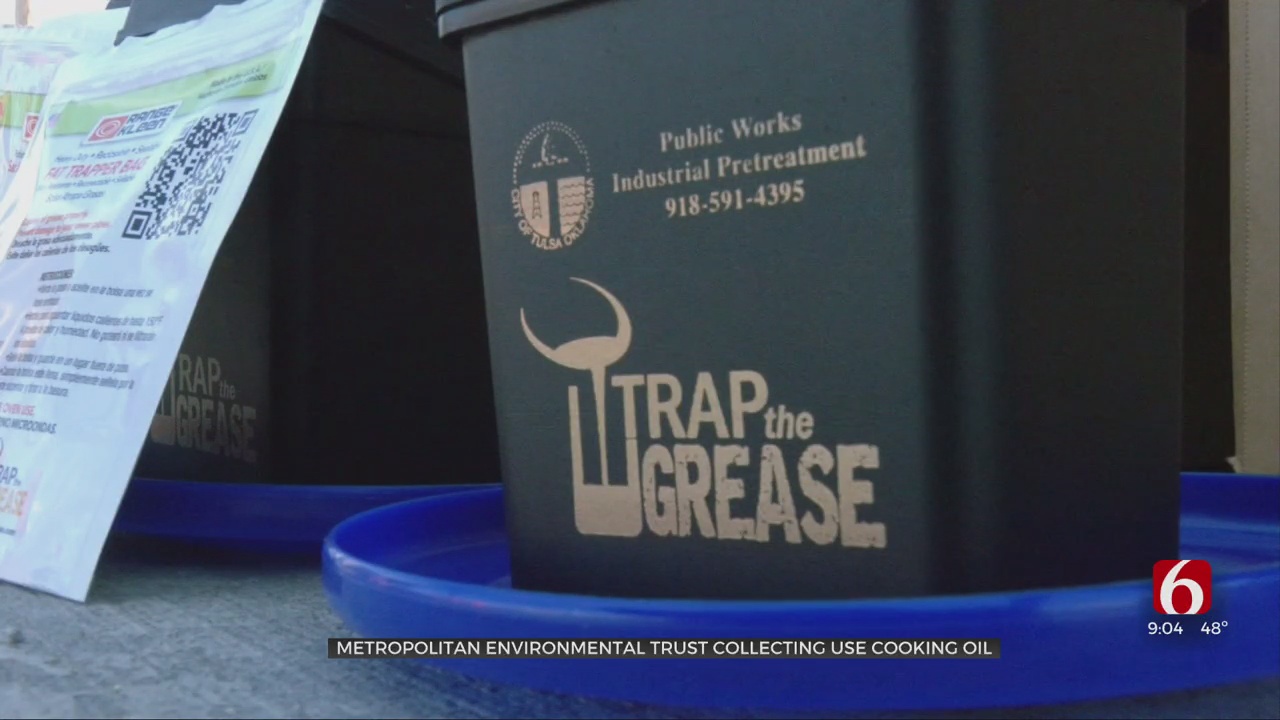 The City of Tulsa and Metropolitan Environmental Trust are asking Tulsans to properly dispose of used cooking oils after holiday dinners.

The City of Tulsa says fats, oils, and grease aren't just bad for your arteries, but it could mean a serious situation for our sewers too.

"If it's bad for your body it's bad for the sanitary sewer system," said Damon Morris with the City of Tulsa.

The City of Tulsa said this time of the year is when a lot of people put food scraps down the drain or incorrectly dispose of leftover cooking oil.

That can cause something called sanitary sewer overflow.

"We have people who drive around the city to take care of Sanitary Sewer overflows to clean out the pipes and that cost the city more money," said Morris.

He said the costs from cleaning up blocked sewer lines and spilled sewage is passed on to utility ratepayers.

Morris tells me if you want to save money on expensive plumbing bills, put them in the trash.

"Take your old frying oil, pour it into a container, a coffee cup, a coffee can, an oil or grease can and pour it in there, let it cool off, put a cap on it and throw it away in the trash," said Morris.

If that sounds too complicated, he said there's a simple version.

"It's best to just scrape it in the trash and throw it away in your everyday trash," said Morris.

You can still bring any leftover oils you may have to any M.E.T. recycling center or the City of Tulsa's collection facility.