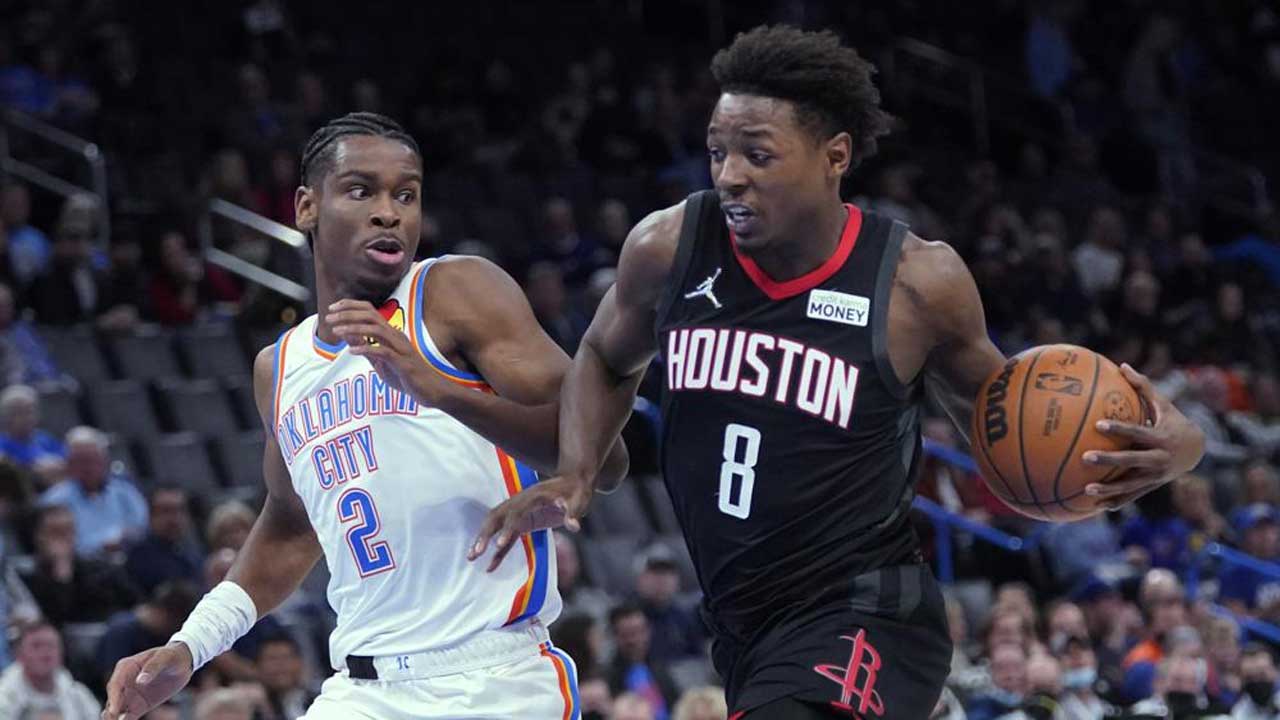 Jae’Sean Tate scored a career-high 32 points and added 10 rebounds, seven assists and five blocked shots, sparking a fourth-quarter rally to lead the short-handed Houston Rockets to a 114-110 victory over the Oklahoma City Thunder on Wednesday night.

The Rockets won their fourth straight and the Thunder dropped their seventh in a row.

Oklahoma City led 81-73 at the end of three quarters before Houston started chipping away behind Tate and Armoni Brooks, who had 18 points on 7-of-10 shooting.

After Tate’s bucket gave the Rockets a 111-108 lead with 26 seconds left, Shai Gilgeous-Alexander had his potential game-tying 3-pointer rim out and the Rockets closed the game at the free throw line.

Gilgeous-Alexander had a career-high 39 points but was only 1 of 8 beyond the arc.

Kevin Porter scored 10 first-quarter points but the Thunder led 26-24. Oklahoma City took a 15-point lead on two occasions in the second period before grabbing a 58-50 advantage at the half.

Houston played without two starters in the second half, as Porter bruised his thigh and Christian Wood sprained an ankle early in the first quarter. Wood tried to return briefly in the second quarter but was scratched for the rest of the game at halftime.

The Rockets outscored the Thunder 41-29 in the fourth quarter without them.

Thunder: Point guard Josh Giddey missed the game with a non-COVID-19 illness and was replaced by another rookie, Tre Mann, in the starting lineup. All four Thunder first-year players have now started a game this season.

Rockets: Wood had a career-high 24 points and 21 rebounds in Monday’s win over the Thunder in Houston but failed to score or record a rebound Wednesday, playing just nine minutes.

Thunder: at Memphis on Thursday