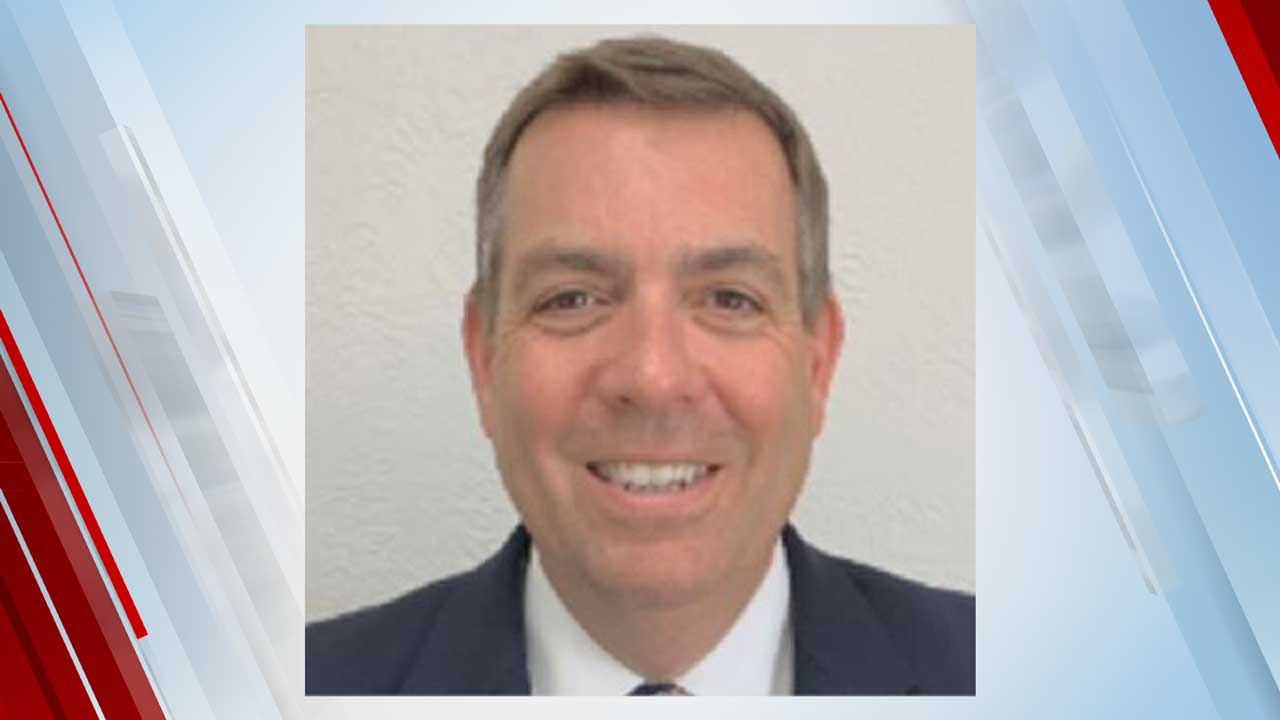 Ostrowe put the Office of the Oklahoma Attorney General on notice Thursday. He announced he’s suing the office for its malicious and wrongful use of the multicounty grand jury under former Attorney General Michael Hunter.  Tort claims are also expected against several individual employees including Hunter and investigator Thomas Helm. Ostrowe’s attorney said they plan to go after any and all agents connected to the malicious prosecution of Ostrowe in late 2020.

Last year, the state's multicounty grand jury indicted Ostrowe for attempted bribery of an official. Ostrowe denied the allegations. The case against him was dismissed when Hunter suddenly resigned from his post as AG citing personal matters.

In the notice of tort claims, attorney Matt Felty called the criminal charges “bogus” and suggested the motive was purely political. Also referenced were the numerous heated conflicts between Ostrowe and Hunter on a number of notable issues including the renewal of the gaming compacts and opioid litigation.

“Under Hunter, the AG Office became a place where political favorites went to get revenge or a favor, and not where victims felt safe to get justice,” Felty explained.

Ostrowe alleges, “Rather than let evidence and truth be the guide posts for criminal prosecutions, Hunter weaponized the AG office for self-advancement no matter the cost.” He also suggested, “Hunter and his cronies worked backwards to find a reason for an indictment, no matter how pretextual or contrived the underlying allegations turned out to be.”

Ostrowe joined Governor Kevin Stitt’s cabinet in 2018 as the only cabinet secretary working a full time job without a paycheck. “Mr. Ostrowe was not compensated for his work,” said Felty. He is now seeking $60 million in damages. 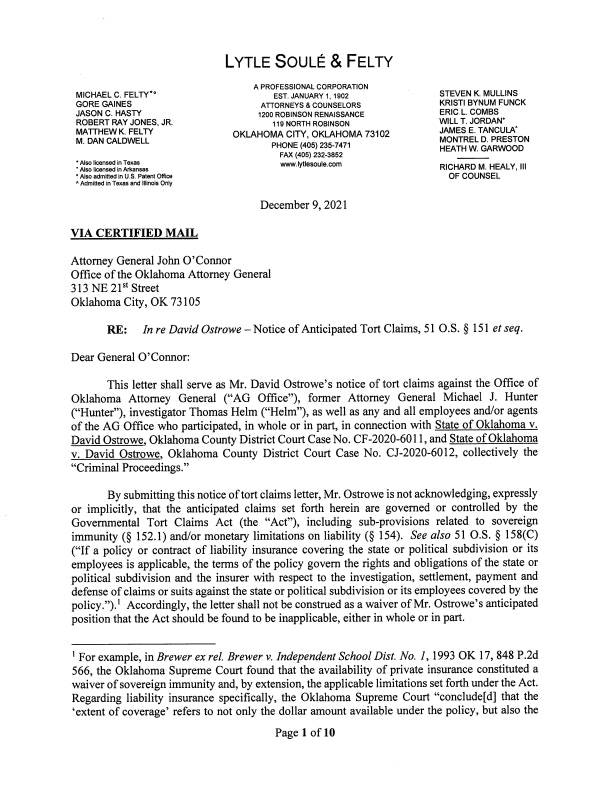 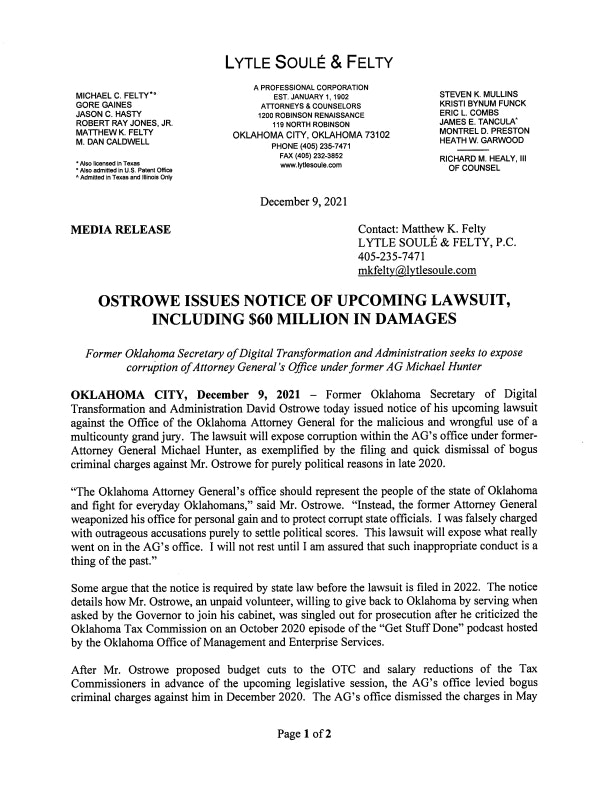