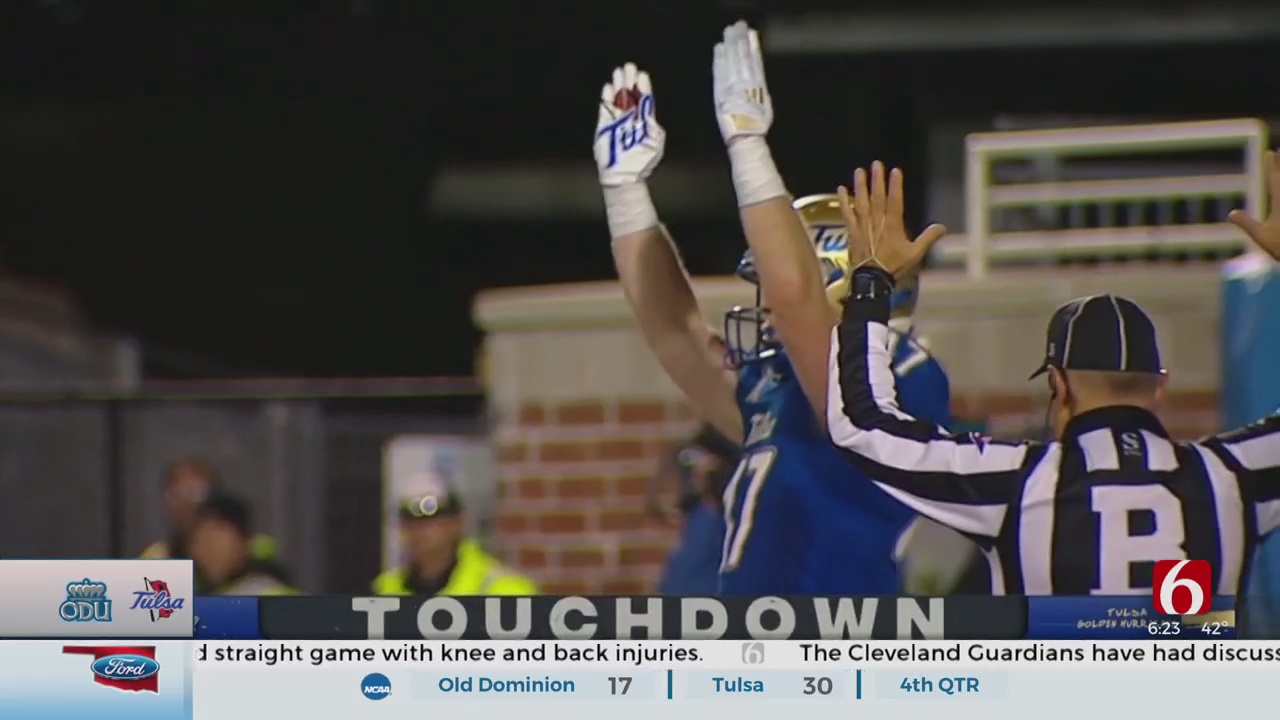 Davis Brin threw for 285 yards and two touchdowns, and Tulsa closed the season with its fourth straight victory, beating Old Dominion 30-17 at the Myrtle Beach Bowl on Monday.

Josh Johnson had eight catches for 129 yards including a 23-yard reception as the Golden Hurricane (7-6) won their second straight bowl game and third in their last four appearances.

As effective as Tulsa’s offense was, its defense was just as good. It held the Monarchs (6-7) of Conference USA to 135 yards through the first three quarters.

Things started strongly for Old Dominion, which won its last five of the regular season to qualify for the bowl when LaMareon James opened the game in historic fashion with a 100-yard kick return for a touchdown. It was the first such return on the opening kick in its 11 seasons of football.

But the Monarchs struggled to find an attack as Tulsa of the American Athletic Conference took control.

It took until the fourth quarter for Old Dominion to post an offensive touchdown on Blake Watson’s 2-yard run. By then, Tulsa was up 30-17 and not about to surrender the lead. Shamari Brooks ran for 107 yards and a 1-yard touchdown, Tulsa’s answer that came less than two minutes after Old Dominion’s kick return score. Johnson’s touchdown catch on the next series put Tulsa up for good.

And things could’ve been worse if the Monarchs hadn’t taken over on downs when Tulsa, needing a yard at midfield, failed to convert on third and fourth downs.

Tulsa took advantage of safety LJ Wallace’s interception — he twisted in front of the receiver to make the play — for a 35-yard field goal by Zack Long right before halftime to lead 17-10.

Johnson had his sixth 100-yard receiving game this season by the half with five receptions for 101 yards.

There was a brief flurry of lunacy in the final quarter. An unsportsmanlike conduct penalty left Tulsa at fourth-and-17 and lining up to punt. But punter Lachlan Wilson inexplicably took off running straight into a wall of Old Dominion defenders for a 1-yard loss.

The Monarchs, down 23-10, jumped on the break with a 22 yard run by Watson and a pass from Hayden Wolff to an open Ali Jennings inside the 10. As Jennings headed toward the end zone, cornerback Tyon Davis forced the ball loose for a touchback to end the threat.

Old Dominion could not rally, losing a bowl game for the first time in two appearances since joining the FBS in 2013.

Old Dominion: The Monarchs did not have the offensive firepower to keep up with Tulsa. Old Dominion’s starting skill players — quarterback Hayden Wolff, tailback Blake Watson, tight end Zack Kunytz and three receivers — were all freshmen or sophomores.

Tulsa: The Golden Hurricane can use their late-season surge as a springboard into next season, although running back Brooks and receiver Johnson are both seniors.