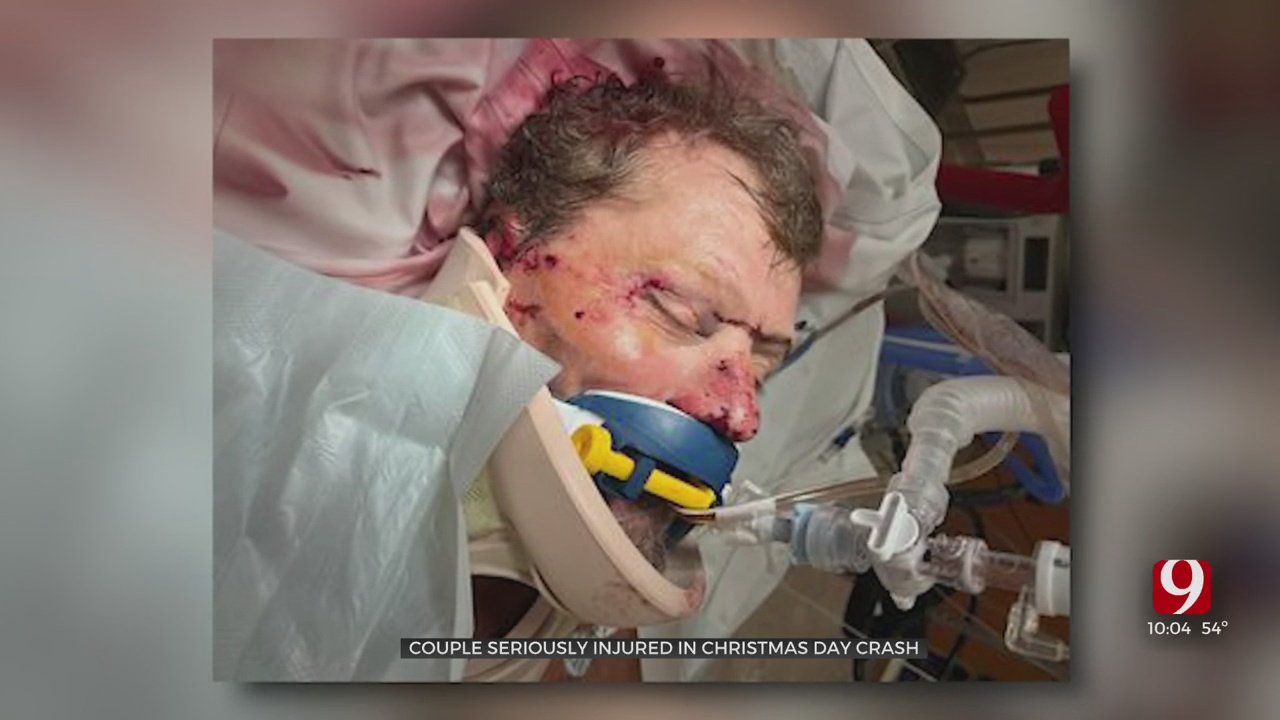 Two Pottawatomie County motorcyclists continue their recovery after being seriously hurt in a Christmas Day crash.

First responders were called to the crash near the intersection of Highway 18 and Wolverine Road, north of Shawnee.

Family said Danny Hilton, 55, and his girlfriend, Laurie Ramby, were traveling to a family holiday party southbound on Highway 18 when a teenager, traveling east on Wolverine Road, possibly ran a stop sign.

Family said Hilton had just left the cemetery where he was visiting a close friend who passed in a motorcycle accident of his own.

Hilton, who was driving the motorcycle, and his girlfriend were T-boned by the vehicle and were thrown from the bike.

“We’re trying to stay as strong as we can,” said Hilton’s daughter, Darion Johnson. “It’s the holidays, things are kind of crazy and this just threw a loop in everything for us.”

Shawnee police said the incident is under investigation. Officers said neither Hilton nor his girlfriend were wearing a helmet.

“It’s just hard seeing the man that’s taught me everything, how to cope with everything and how to be a man, just go through all the pain that he is going through at this moment,” said Hilton’s son, Dayton Johnson.

Family said Hilton was found about 30 feet away from the crash site without a pulse.

“He is suffering from two broken eye sockets, a broken nose, a fractured skull,” said Darion Johnson. “He has stitches in his head now, he fractured neck in several places and both of his pelvic bones were completely shattered.”

It’s unclear what recovery will look like for Hilton or his girlfriend. The fact they survived, his family considers, is the best Christmas gift ever.

“That could be your father, your loved one on the motorcycle,” said Dayton Johnson. “Just make sure you look both ways before you cross the road.”

Shawnee police say they are waiting until the investigation is complete before taking any action such as issuing a citation or presenting criminal charges to the district attorney.

Hilton's family has set up a GoFundMe fundraiser to help pay for medical expenses.