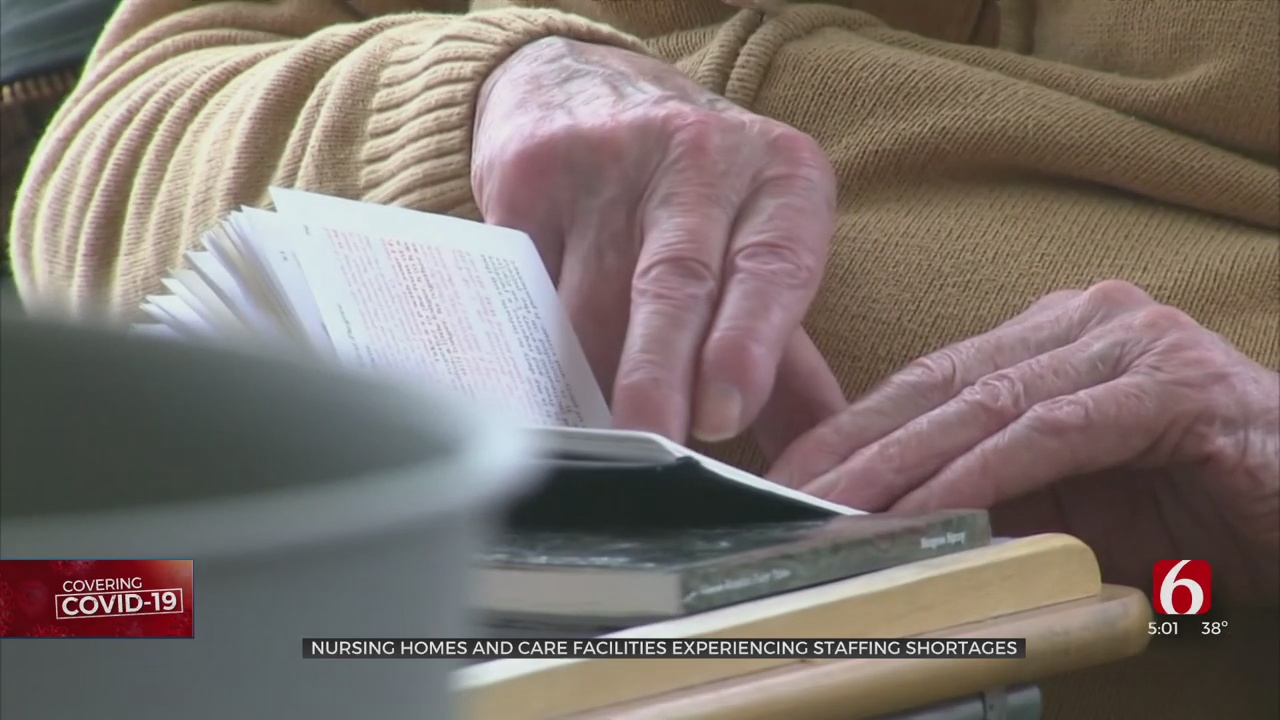 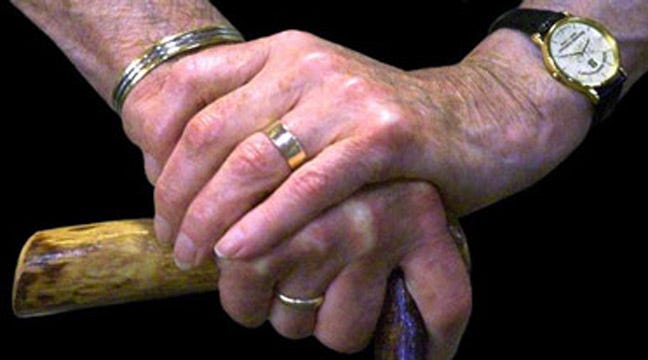 Nursing homes and care facilities said things have gone from bad to worse.

They were already dealing with struggling to hire enough people. Now many of the employees they have are testing positive with the Omicron variant.

At Trinity Woods, they're eve training students from local high schools to help.

Steve Dickie is the CEO at Trinity Woods Senior Living. He said the pandemic hasn't been easy on their 400 residents or 220 staff members but they were able to be open and allow visitors again.

Steve Dickie said they've started an internship program to help with the issue of getting enough staff.

"We're partnering with Tulsa Public Schools and Union Schools for seniors to get their CNA training and get an internship here," said Dickie.

Staffing is an issue at care facilities across the country. A national survey said 58% of nursing homes are not accepting as many residents, because there's simply not enough people to work.

"If staff test positive, that means they cannot work and that leaves us in a bind," said Kimberly Green.

Kimberly Green, with the Diakonos Group, manages 24 facilities in Oklahoma. She said many of their centers have had to reduce the number of residents because of the worker shortage.

Green said Omicron is making things worse since so many people are out sick.

"When someone can't work and we're taking care of the most frail and vulnerable in society, we need help," Green said.

Green is now starting a volunteer network for people willing to come in and help. She urges people to encourage seniors like when the pandemic started.

At Trinity Woods, the CEO said all their staff is vaccinated. Even though they've had some breakthrough infections, it has helped keep people healthy.