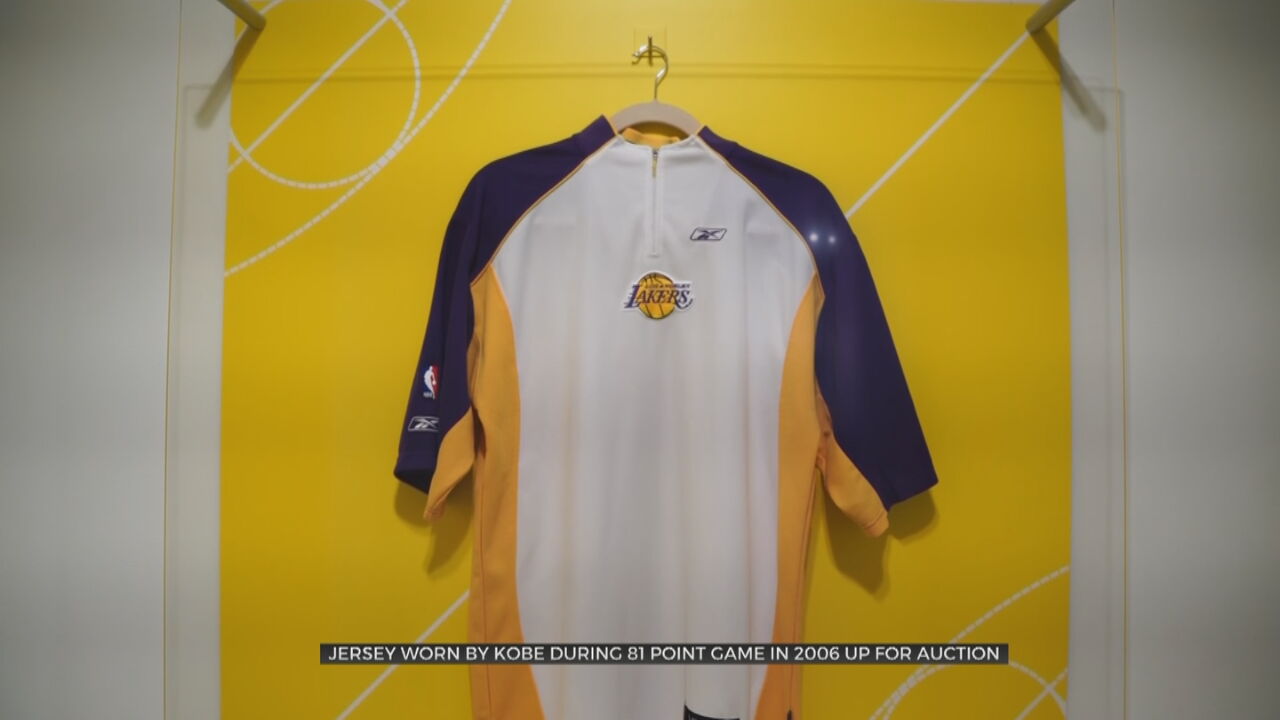 Sotheby's is auctioning off the jersey Kobe Bryant wore during his astonishing 81 point game in 2006.

Through his five NBA championships, seven NBA Finals appearances, fifteen postseason trips, many consider the 81 point performance by Kobe Bryant to be one of the greatest basketball performances of all time.

Extensive photo-matching work was completed by The MeiGray Group, pinpointing the shooting shirt to several key dates. In total MeiGray says Kobe wore the shooting shirt on at least 6 dates, including in the months following the 81-point performance including Game 4 of the Western Conference First Round in April of 2006.

To Sotheby’s knowledge, this is the only Kobe Bryant worn artifact from the 81 point game to surface at auction, making this a rare find for the collecting community.

Sotheby's is also auctioning off a unique one-of-one NFT designed by Karvin Cheung, the creator behind the Upper Deck Exquisite Collection Basketball. The NFT is Mr. Cheung’s first, and is part of a planned series of offerings of Mr. Cheung’s designs.