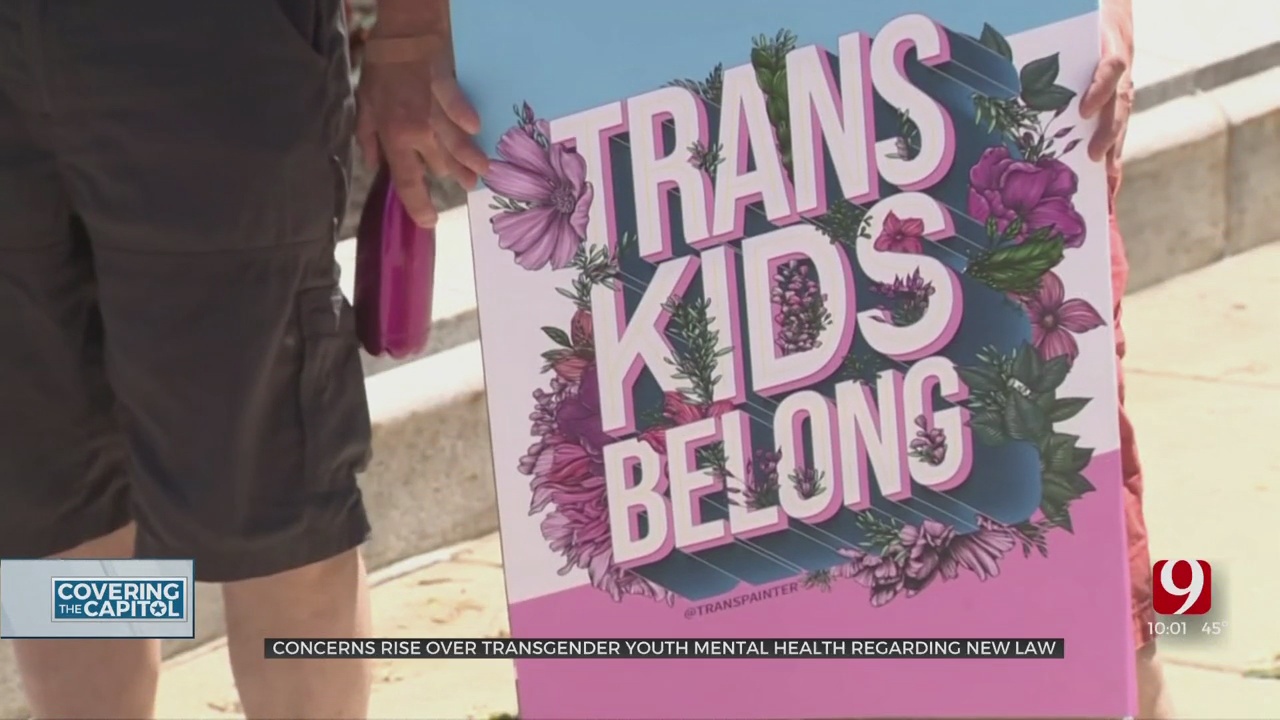 An advocacy group for LGBTQ+ Oklahomans said a new law targeting transgender girls could result in many becoming isolated or depressed.

The law will prohibit transgender girls from competing in women sports in public schools of all levels.

Stitt said the change is meant to protect the integrity of women’s competition because of biological advantages for individuals born male.

“The reality is men are biologically different than women. Men have more muscle mass, their bones are larger and denser, they have larger lungs and wider airways. These are physical advantages men have over women…

“The fact that trans kids have to be so conscious of what’s going on in our legislature is really sad,” said Alex Wade, the deputy director of Oklahomans For Equality, a Tulsa based nonprofit.

The Trevor Project is a national organization that specialized in LGBTQ+ research, advocacy and crisis intervention. It conducted a survey of that found 85% of trans and non-binary youth said state laws restricting transgender individuals negatively impacted their mental health.