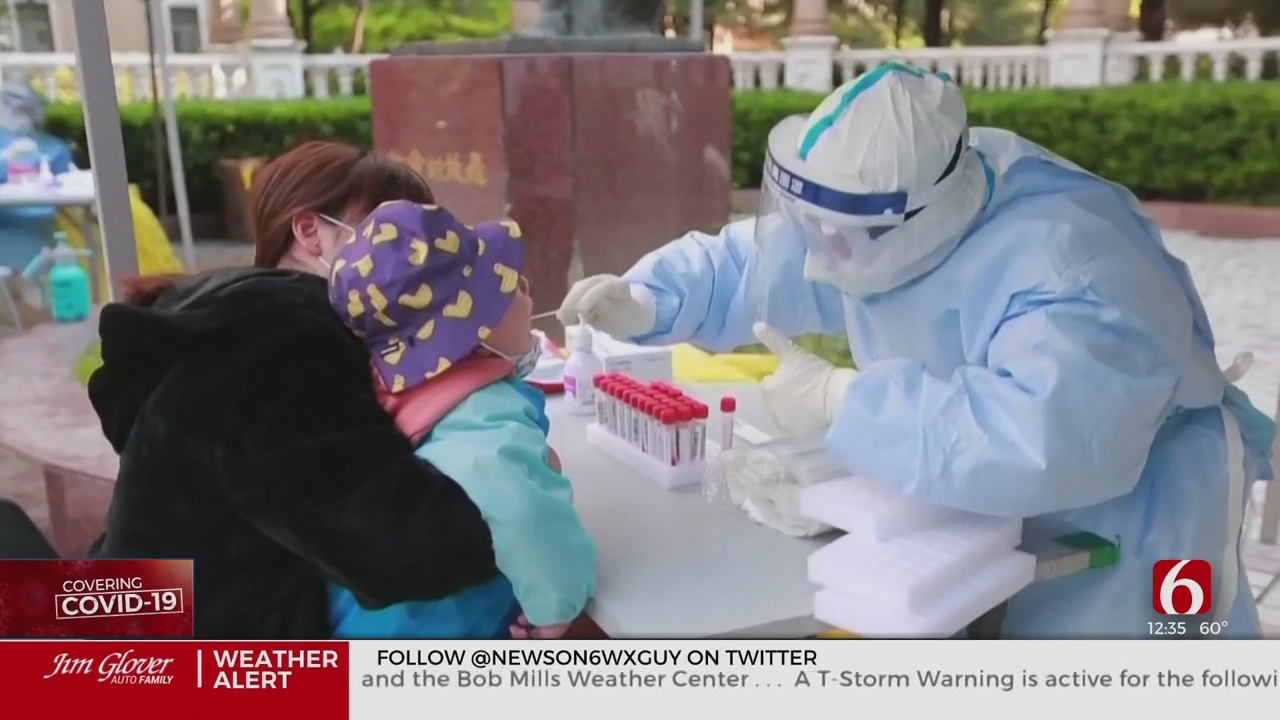 The lockdown of Shanghai, China's biggest city, has been extended to cover its entire population of more than 25 million as the global trade hub battles the worst COVID-19 outbreak since the pandemic began in China more than two years ago. The draconian measures are straining residents' patience and overwhelming authorities' ability to feed and care for Shanghai's stranded inhabitants.

What was initially intended to be a relatively short shutdown starting one week ago, staggered over two stages in two halves of the city, has now paralyzed the well-manicured and hyper-modern metropolis. China's government has sent almost 40,000 personnel to Shanghai from other regions – part of the country's biggest coronavirus response to date.

The number of new daily infections registered in Shanghai has hit a record 13,000. That's mild by international standards, but China is doubling down on its policy of stamping out every single case, under its "dynamic zero-COVID" strategy.

Against less transmissible variants, zero-COVID seemed to work well, winning public support. But with Omicron fueling the current wave, China's uncompromising strategy of locking down cities and barricading citizens in their homes in a bid to track and eliminate every trace of virus may finally have met its match.

Rumors have swirled on Chinese social media about some residents refusing to be tested, wary of being warehoused in huge quarantine centers with little privacy despite most positive cases being asymptomatic. Drawing particular anger is a policy of separating children, including babies, from their parents when only one or the other test positive.

U.K.-based health analysis firm Airfinity, in a report titled "China risks over a million deaths if Omicron spreads," said that because of China's low acquired immunity from past infections and its less-effective vaccines, the entire country risks sharing the fate of Hong Kong, which sustained the world's highest COVID death rate per capita.

Other analysts argue, however, that the overwhelmingly asymptomatic infections show China's domestic vaccines are holding up.

China's hardline coronavirus policy comes at substantial cost. An economist at the Chinese University of Hong Kong estimated the shutdown of the critical financial and trade center of Shanghai is costing at least $46 billion a month, or about 3% of GDP.

But despite the costs and the growing frustration in Shanghai, Chinese authorities continue to voice unwavering support for the zero-COVID strategy.

This week, China's official state news agency published an "explainer," saying the policy had been effective and that, "in the days to come, it will continue to guide the country's epidemic control and prevention efforts."

Politics is believed to be at least partly driving China's hardline stance in Shanghai. With a major Communist Party congress slated for this fall, during which President Xi Jinping will seek a controversial third term, any quick easing of the restrictions appeared unlikely.