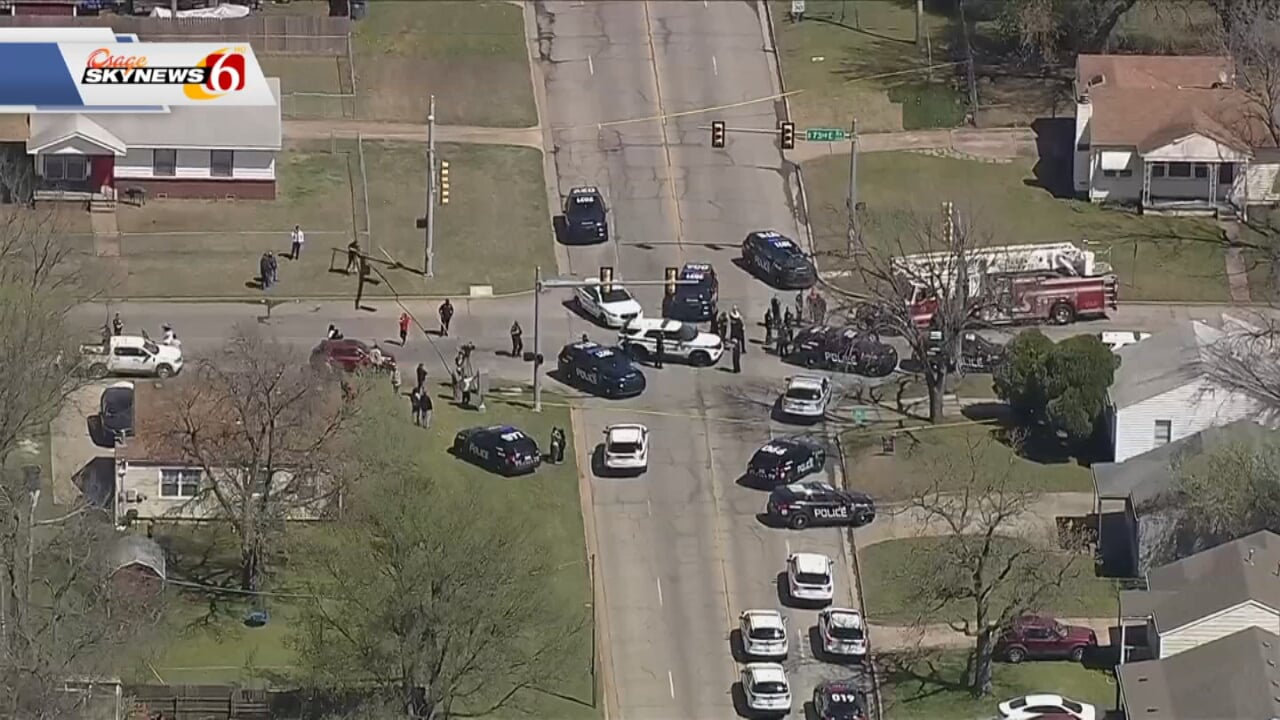 Tulsa police have released the names of the suspect and the victim involved in an hours-long standoff.

"I heard a bunch of cars zooming past the window, so I knew there were police by the time I heard the ambulance, when I came outside there were a lot of police cars down there," said Jeval Wilson, a witness.

Police say the standoff started when the suspect, Jujuan Ballard shot his girlfriend's brother when he showed up at the house to check on her. Police say Ballard started shooting at officers and firefighters when they got to the house.

Officers tried talking to Ballard on the phone and his family members begged him to come out, but he kept firing shots out the window and then stood in a doorway and that's when police shot him and hit him in the shoulder.

"Frustrated that this is going on in our world because we need to all get along," said witness Linda McNatt.

Police say they found Rayanna Moya dead on the bathroom floor and she had likely been dead for some time. They say Ballard died later at the hospital.

"I send my condolences to whoever was harmed in this situation, and we're just praying things get better around here," said Wilson.

Records show Jujuan Ballard was currently on a suspended sentence for convictions involving guns and drugs and was released from federal prison about a year ago.