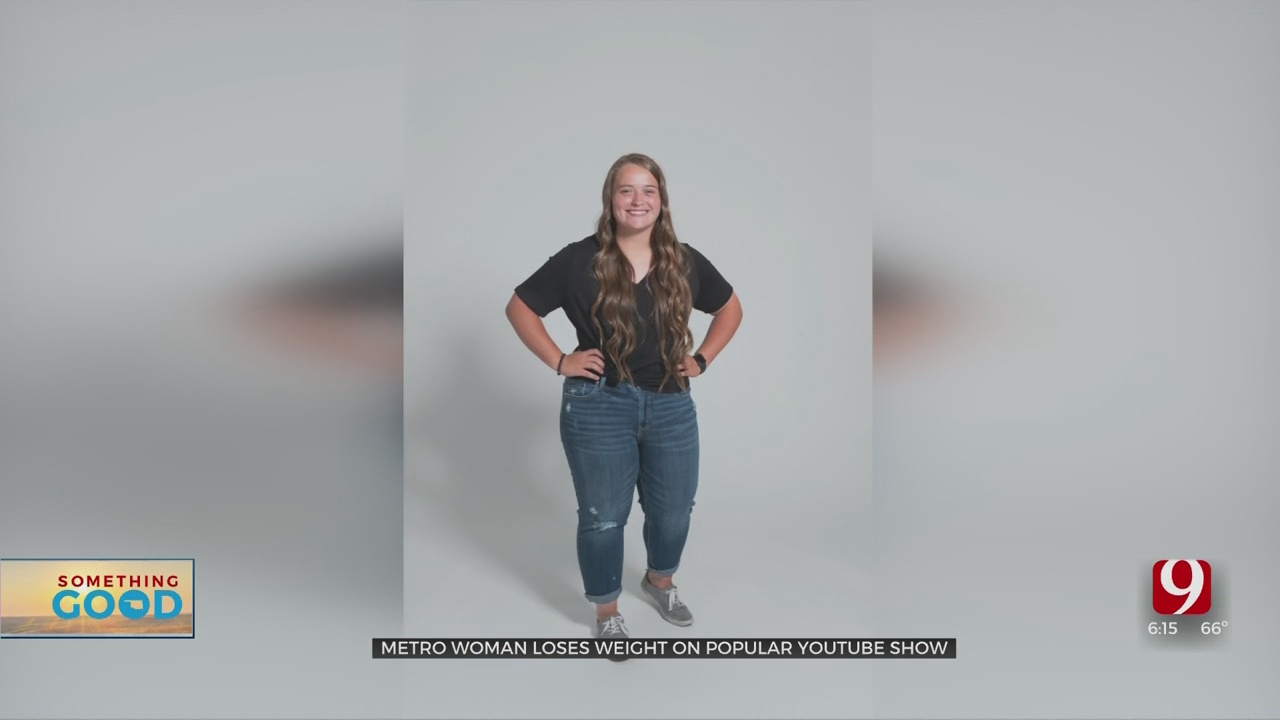 When Lexi Stark got the news that she was selected to be on the show Larger Than Life, she knew her life was about to be changed, what she didn’t know is how much work would be put into that change.

“I wasn’t doing anything, wasn’t going anywhere, seeing people or talking or anything like that,” said Lexi Stark, participant on Larger Than Life.

She was shy and pretty much kept to herself. The pandemic only increased anxiety to stay home.

“I couldn’t even go to the grocery store by myself because I would be too nervous to leave, and not only about COVID, just being around people and like the social anxiety was getting really bad,” said Stark.

Then she saw an ad for the Larger Than Life YouTube show.

“I knew that once I saw that, that’s going to be the biggest challenge of my life, so I have to do it,” said Stark.

“To think that they were doing nothing, nothing before and to say in 90 days you’re going to go run a half marathon,” said Bruce Pritcher creator of the Larger Than Life show.

At over 400 pounds Pritcher changed his life on an extreme weight loss show. Now he’s using what he learned to help others.

Stark had expectations of the challenge but didn’t realize it would be as tough as it was.

“We’d wake up, sometimes have a 5:30 workout, and then go do a two-hour shredder, like cardio and then do an evening CrossFit workout,” said Stark.

She exceeded even her own expectations, losing 67 pounds in the 90-day challenge.

“I’m more confident than I’ve ever been in my life, and I feel mentally stronger and that’s the main thing that I wanted from this,” said Stark.

“The sky is the limit for her like whatever she wants to do in this world she’s going to do it, and she knows it now,” said Pritcher.

The show can be seen on YouTube by searching Larger Than Life Bruce Pritcher. The show has thousands of followers. Stark is part of Season two and those episodes will be uploaded in June.