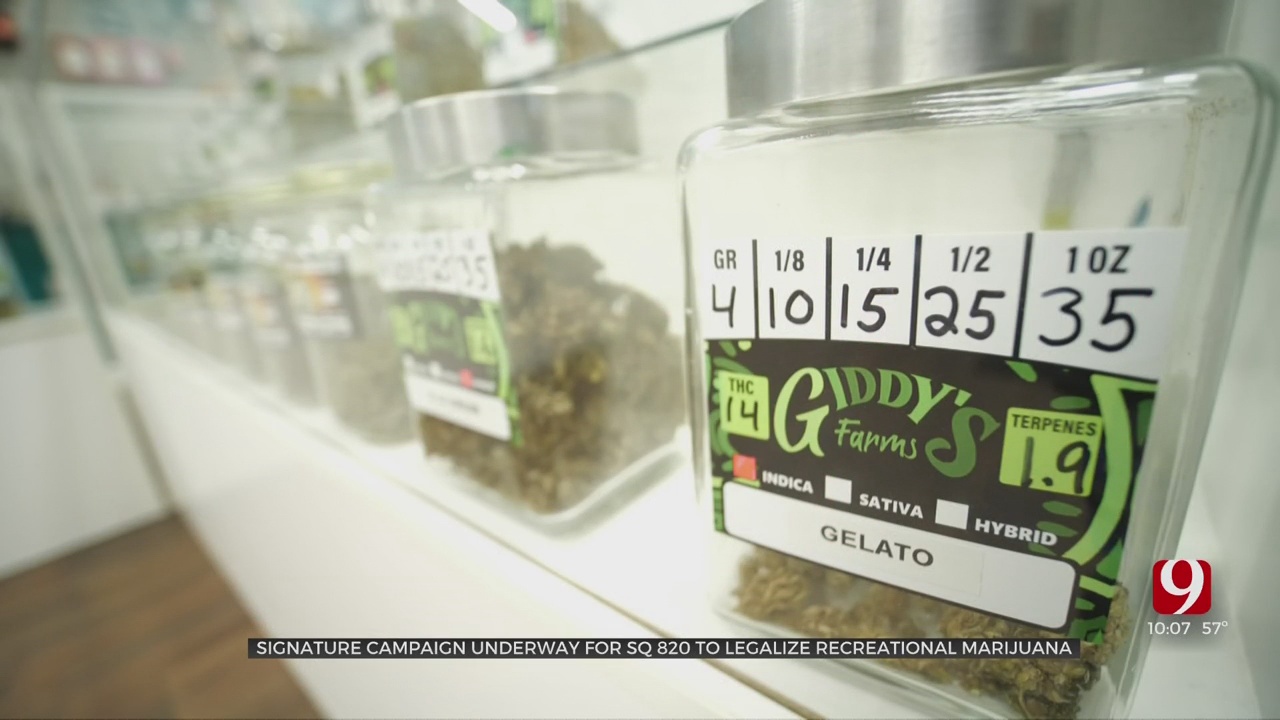 An initiative petition is seeking to ask voters in November to legalize the recreational use of marijuana in Oklahoma. The campaign behind State Question 820 was authorized to begin signature collection Tuesday.

“The program will hopefully complement” the existing medical marijuana program, said Michelle Tilley, the director of the campaign.

“We envision that it’s actually going to help alleviate some of the issues with the medical side because you’ll have people moving out of that side and into the recreational side of things,” Tilley said.

Tilley is the director of the organization behind the campaign, Oklahomans for Sensible Marijuana Laws.

They must collect 94,911 signatures from Oklahoma residents in 90 days, or by August 1. Pairs of volunteers started collecting signatures in downtown Oklahoma City Tuesday.

The goal is to have the question appear on the November 8 general election ballot, according to Tilley.

Click here to read the proposed ballot language for SQ 820.

If approved by voters, SQ 820 would create a new statute for a recreational marijuana system. Anyone over 21-year-old would be able to obtain a license through the Oklahoma Medical Marijuana Authority, the state agency which administers the medical program.

The statute would also create a process for people to “seek modification, reversal, redesignation or expungement of certain prior marijuana-related judgments and sentences.” Tilley said the process would be available for non-violent crimes related to the possession of marijuana.

“It is a fairness issue and a justice issue. Very strongly, we believe peoples’ lives shouldn’t be disrupted by this,” she said. “People should have a fair shot to get their life back and past a marijuana conviction.”

Recreational marijuana sales, under the proposal, would be subject to a 15% excise tax, double the rate of medical marijuana. Proceeds would help fund the OMMA, and surplus funds would be spread across the state’s general revenue fund, school programs, drug treatment programs, local governments where the sale took place, and local court systems.

The seven percent excise tax rate of medical marijuana sales brought in more than $66 million in 2021, according to the OMMA.

Fines would be the punishment for public marijuana use, underage possession or use, possession on school property and other violations. Some fines could be substituted by counseling or education courses.

“We’re poised to be one of the major states in this industry,” Tilley said. “The world is watching us, national news is watching us to see what we’re going to do. And this could be a real economic driver for our state.”