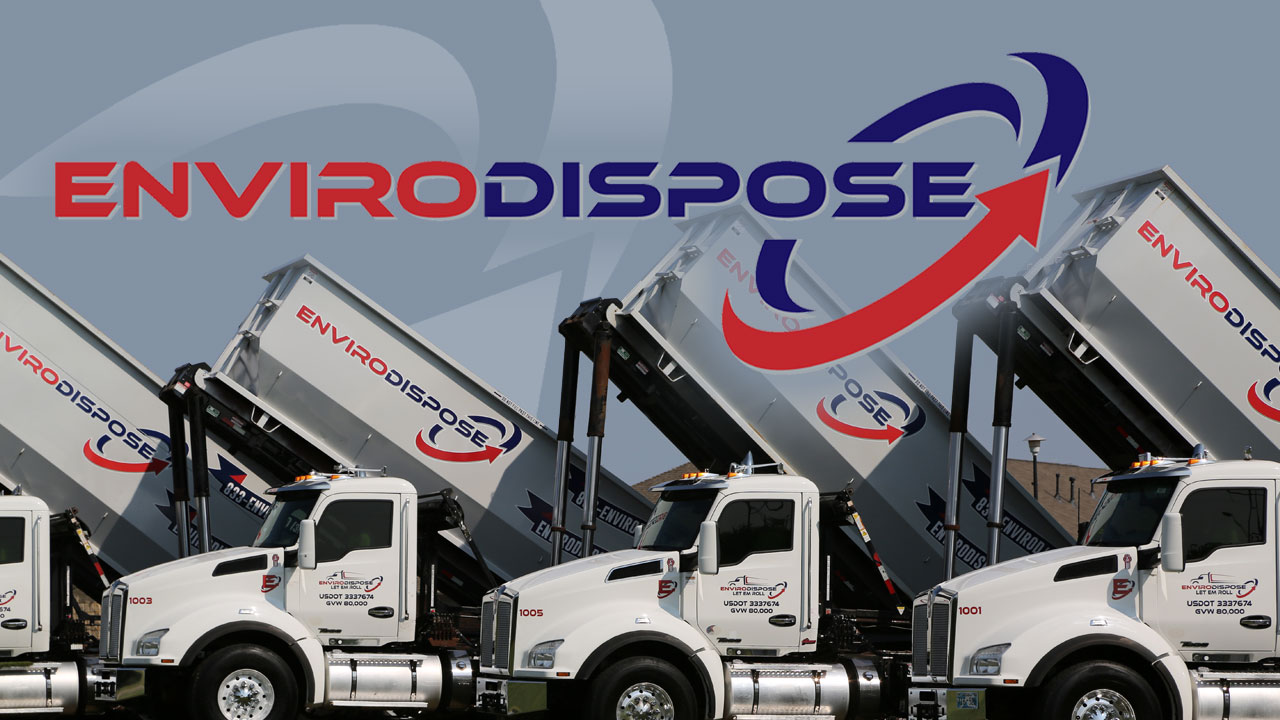 Hard work is in Dustin Watson’s blood. It’s also at the core of his business, EnviroDispose, an industry leading roll off service based in Oklahoma City, OK.

After a modest start with two trucks and a handful of roll off boxes in 2019, EnviroDispose has thrived and now features 9 trucks and over 600 boxes just 3 years later. Watson believes the secret to that rapid success is simple. Give the customer what they want and get it to them fast! All while giving good customer service and “not a bunch of excuses.”

It’s not just his business that boasts success after humble beginnings, however. Watson was raised on a farm in Frederick, OK, an agriculture-based community in the southwest corner of the state.

His father led by example, often working from dusk till dawn, even sometimes having to skip holiday get togethers to tend to the annual cotton harvest. And while education hadn’t been a priority for past generations, Watson’s father insisted his son would attend college and start down the path to a valuable career.

It required hard work and dedication to graduate from UCO in 2005 with a degree in accounting, all while working in a butcher shop and later a local bank, but numbers came easy to Watson. He started his career as a tax and financial accountant and soon opened his own firm called DBW Consulting Inc.

After working with an environmental company and being in the field, he noticed that most roll-off companies often featured terrible service, slow turnarounds, and fully loaded boxes sitting for extended periods of time on job sites. He recognized the customers frustrations as well as the opportunity to take his financial education, hard work ethic that his father instilled in him and put the two together, EnviroDispose was born!

“In this business it’s simple, if you tell a customer you’re going to do something then do it. Show up when you say you will and run hard, the rest is easy and will work itself out” Watson said.

He shows up 7 days a week, just like his father, and now he is handing down the same values and work ethic his father taught him to his two twin boys Johnny and Tommy. Even though he has two boys to one day eventually take over the business, Watson says he’s never going to retire because he loves what he does.