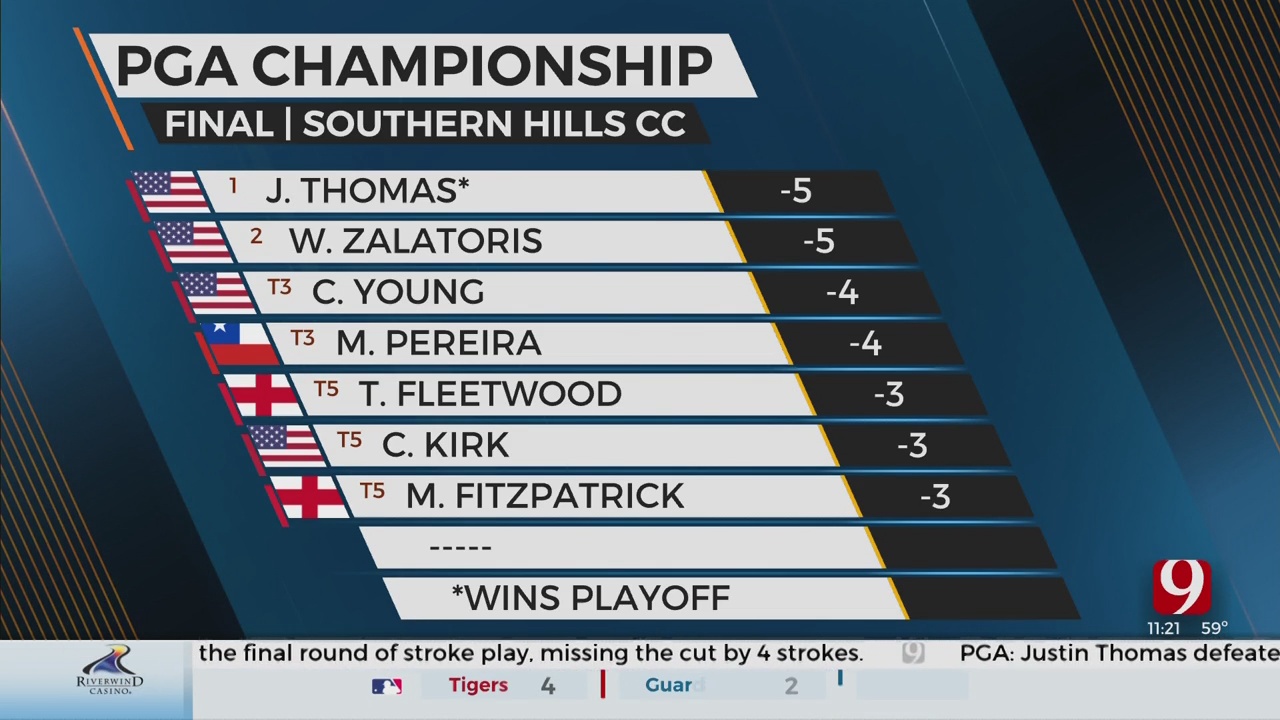 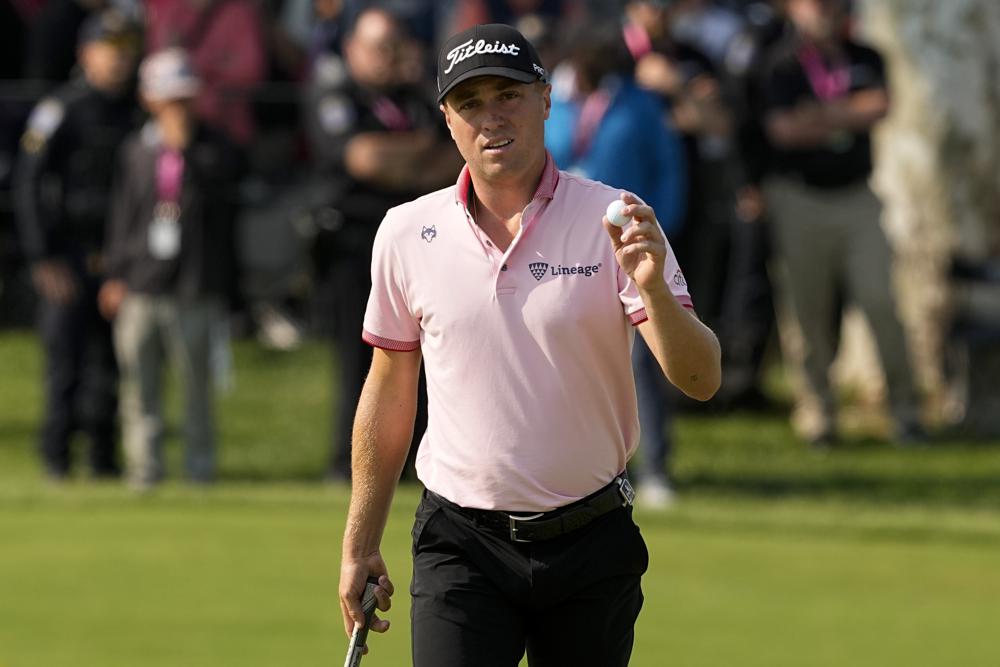 Justin Thomas claimed the 2022 PGA Championship at Southern Hills after hitting two birdies and a par during a playoff with Will Zalatoris Sunday evening.

Mito Pereira's double bogey on the 18th hole opened the door for Thomas and Zalatoris to compete in a 3-hole aggregate playoff.

Thomas, who came into the tournament with a 14-1 chance to win, earned his second Wanamaker Trophy and a lofty $2.7 million paycheck, according to CBS Sports.

Trailing by seven entering the championship round, Thomas shot three-under on the day and finished -5 before the playoff.

Cameron Young and Mito Pereira, the leader through three rounds, finished tied for third at (-4). Tommy Fleetwood, Chris Kirk and Matt Fitzpatrick tied for fifth at (-3).

Pereira had every opportunity to close out his first major championship win on Sunday. He was less than an inch away from sinking a birdie putt on 17 that would have given him a two-stroke lead on the final hole that he inevitably struck into the water before finishing with a double bogey. Ranking only 100th in the world according to the official golf rankings, Pereira had never been on a stage that bright and it showed.

UPDATE 5:52 PM: Justin Thomas (-5) and Will Zalatoris (-5) are heading to a playoff after Mito Pereira double-bogeyed on the final hole. The playoff to decide a winner will be a 3-hole aggregate

UPDATE 5:10 PM: Mito Pereira (-6) holds a one-stroke lead with three holes left to play in the final round of the 2022 PGA Championship at Southern Hills.

Justin Thomas has vaulted into second (-5) and is -3 with one hole left to play.

Catch the dramatic finish on CBS.

Mito Pereira is on the brink of making history at the PGA Championship.

Halfway through the final round of play at Southern Hills, Mito Pereira remains atop the leaderboard with a score of -7, with Will Zalatoris (-6), Cameron Young (-6) and Matt Fitzpatrick (-5) close behind.

Rory McIlroy has rebounded after a disappointing second and third rounds. He's currently tied for sixth (-2) with Tommy Fleetwood.

Former Sooner Abraham Ancer has dropped three spots and is tied for eighth at (-1).

According to Golf Digest, Pereira is the first player to lead through 54 holes in their PGA Championship debut since John Daly captured the crown in 1991.

PGA fans can follow the latest updates from News 9 and News On 6 by visiting News9.com/PGA and NewsOn6.com/PGA.