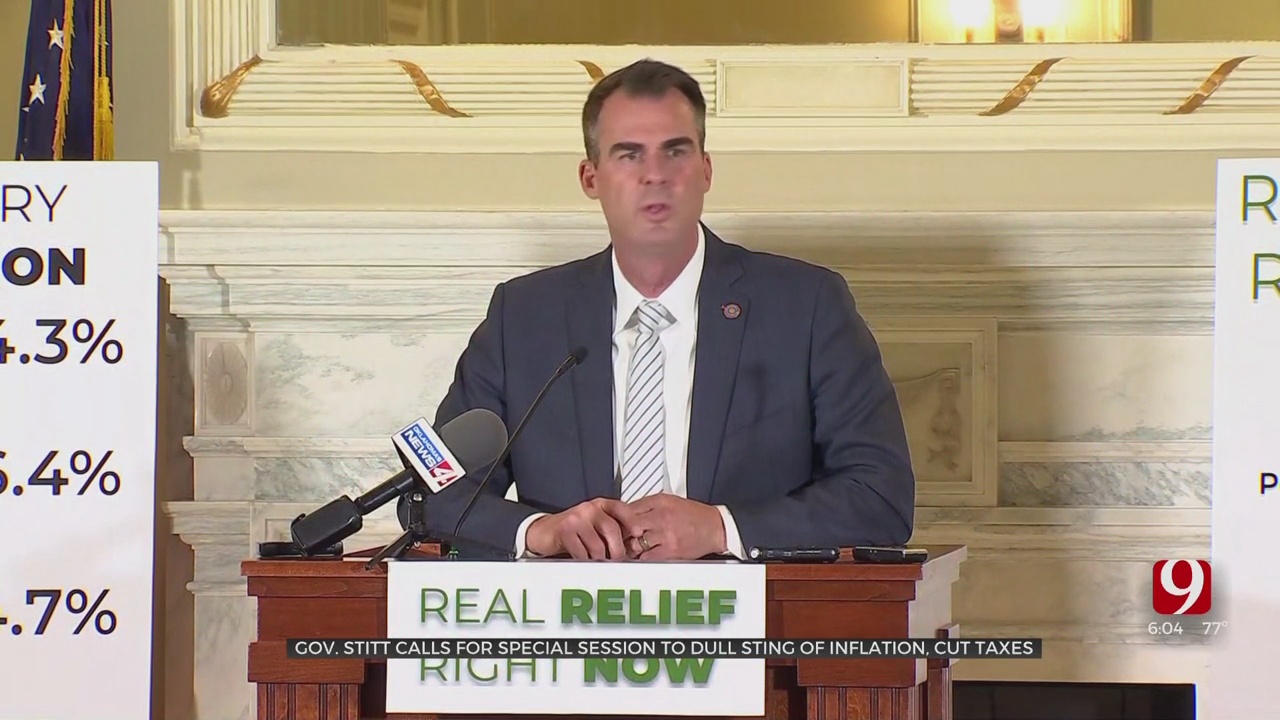 Stitt also said he will veto one-time payments to Oklahoman intended to dull the sting of inflation. Last week, lawmakers approved the $75 payments to individuals and $150 for couples.

“I respect the Legislature’s attempt to return money to the taxpayers, but the right policy is to provide a permanent income tax cut. One-time $75 checks will not make a lasting difference for most Oklahomans and could actually increase inflation, not reduce it,” Stitt said.

The Governor also expressed frustration with the budgeting process and said he was left in the dark on negotiations.

“Let me be clear, this budget is not, was not an agreement,” Stitt said Thursday. “Agreement requires negotiation, requires consensus. Negotiations did not happen in this year’s budget.”

“The House will respond to the governor’s many inaccurate and misleading statements in due course,” House Speaker Charles McCall, R-Atoka, fired back in a statement.

The Governor first called for both tax cuts in his February State of the State Address kicking off the 2022 legislative session.

“Oklahoma is just one of 13 states that taxes groceries, and ours is one of the highest,” Stitt told lawmakers. “Many Oklahomans are already struggling under the weight of record inflation. Let’s give them more help this year.”

The Oklahoma Tax Commission projects the state sales tax levied on groceries would earn the state $306 million in Fiscal Year 2023.

“My vision is to create a taxpayer protection plan that responsibly lowers income taxes according to our state revenue,” Stitt said in February. “Cutting taxes based on how our economy grows ensures we’ll always have money to pay for core services like education and roads and bridges.”

The special session is set to begin June 13, as lawmakers also convene for another special session to decide how nearly $2 billion in federal COVID-19 relief funds should be spent.