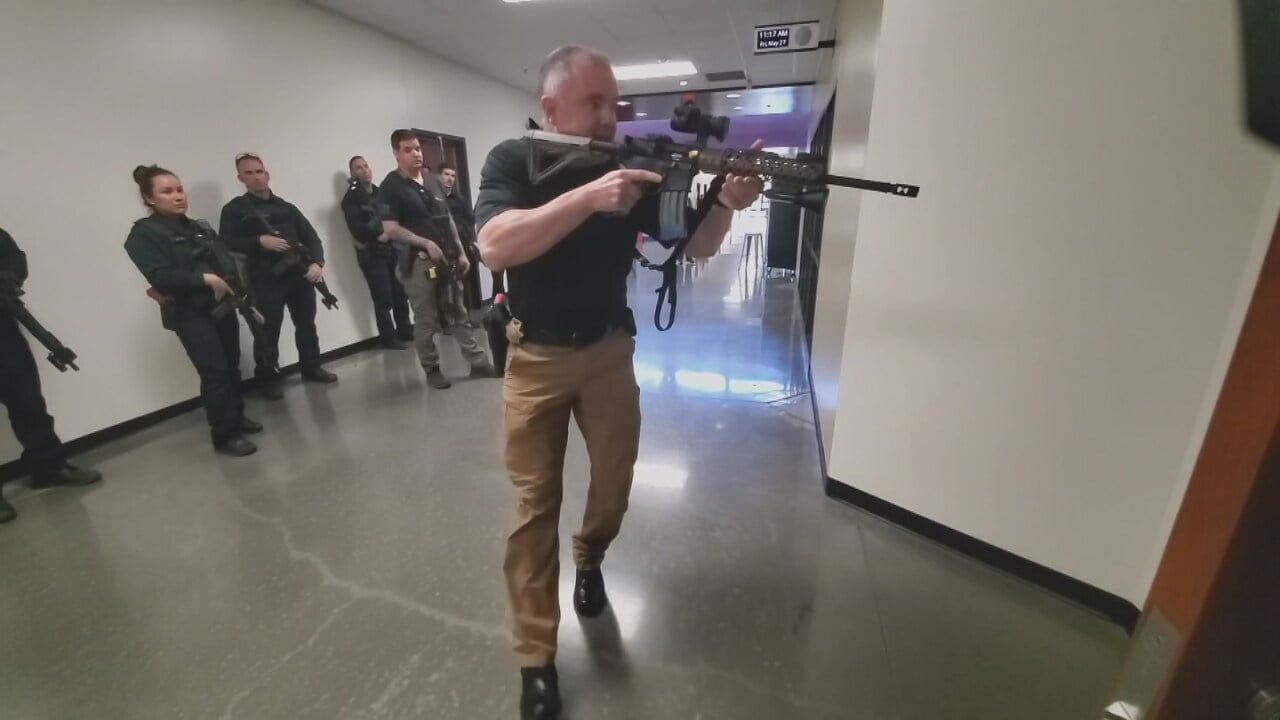 Tulsa Police cadets trained in a school shooting scenario Friday, in a routine class for cadets scheduled long ago, but coincidentally occurring a few days after the Texas school shooting.

The 29 TPD cadets trained at a local high school, while students were out for the summer. The cadets trained on how to quickly move from room to room to find and stop the threat.

Captain Mark Ohnesorge, the Assistant Director of Recruit Training for TPD, say “We train often on movements, so when something stressful happens, they'll fall back on muscle memory and their training and know exactly what to do."

The cadets are early in their training. Their active shooter training includes firing blanks and having blanks fired at them. The trainers repeated that the cadets, who as patrol officers would likely be the first to respond to a scene, should not hesitate to address an active threat, without waiting for backup.

"This is one of the tactics that we train our officers on more frequently than the others because this is something we want to keep at the forefront of their minds, so when they go into a situation, they know what to do,” said Captain Ohnesorge.