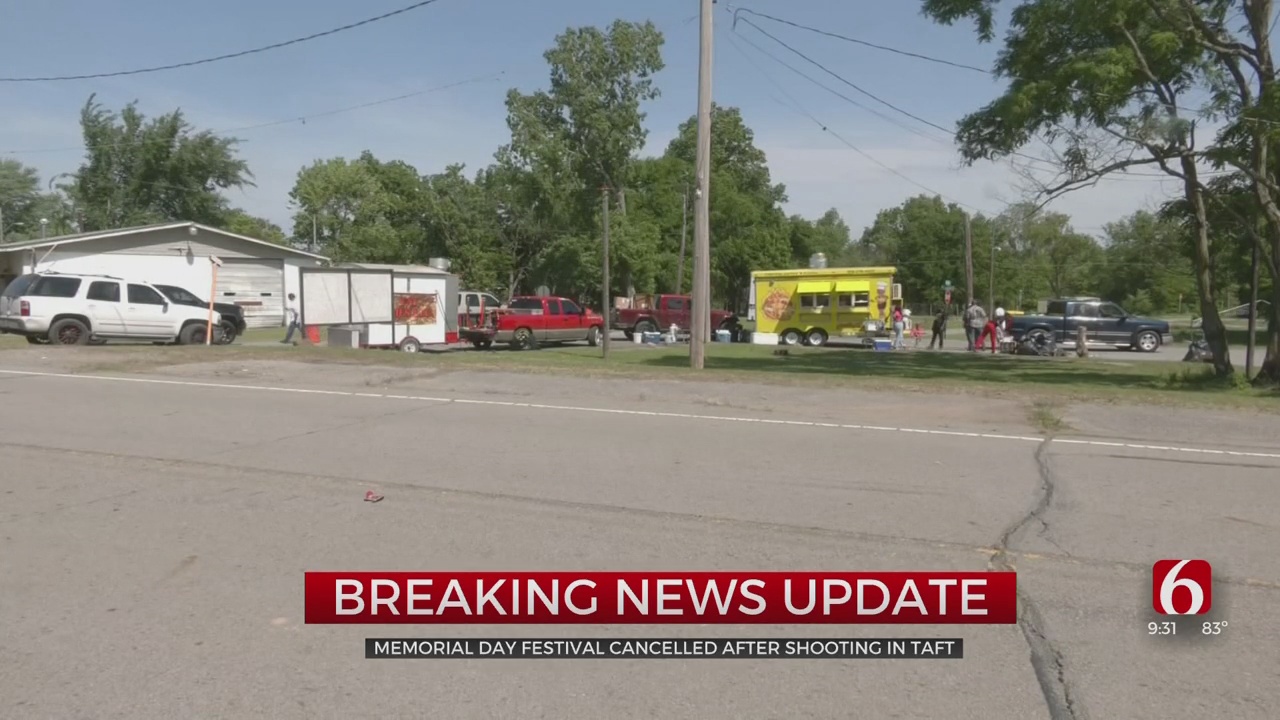 The man accused of shooting and killing one person and hurting seven others at a Memorial Day festival is in custody.

The shooting happened in Taft around midnight near Main Street and Old Taft Road a few miles from the City of Muskogee.

Former Mayor and current Councilwoman Lelia Foley-Davis said it's been one mass shooting after another and now Taft is the victim of violence. She said it's time to pick up the pieces of a broken world.

The Annual Taft Memorial Day Festival and Parade are canceled.

Davis said it's hard to see the event she started end this way.

“Everything is canceled. Everything,” said Davis.

This comes after after the Oklahoma State Bureau of Investigation (OSBI) said a man shot 8 people, killing a 39-year-old woman, and injuring seven others aged 9 to 56.

Investigators said those individuals are expected to be okay.

Witnesses said an argument broke out during the festival at Old City Square and then Buckner started shooting.

Davis said this country is out of control.

“All the elected officials that feel different, walk in somebody’s shoes that lost a child,” said Davis.

“Two years we sit by and let covid take out millions of people and when we come back a stupid little… come in and take from us what we had,” said Davis.

Investigators said all eight victims were taken to a Muskogee hospital and three were transferred to a hospital in Tulsa.

Davis said she knew a few of them, including the woman who died.