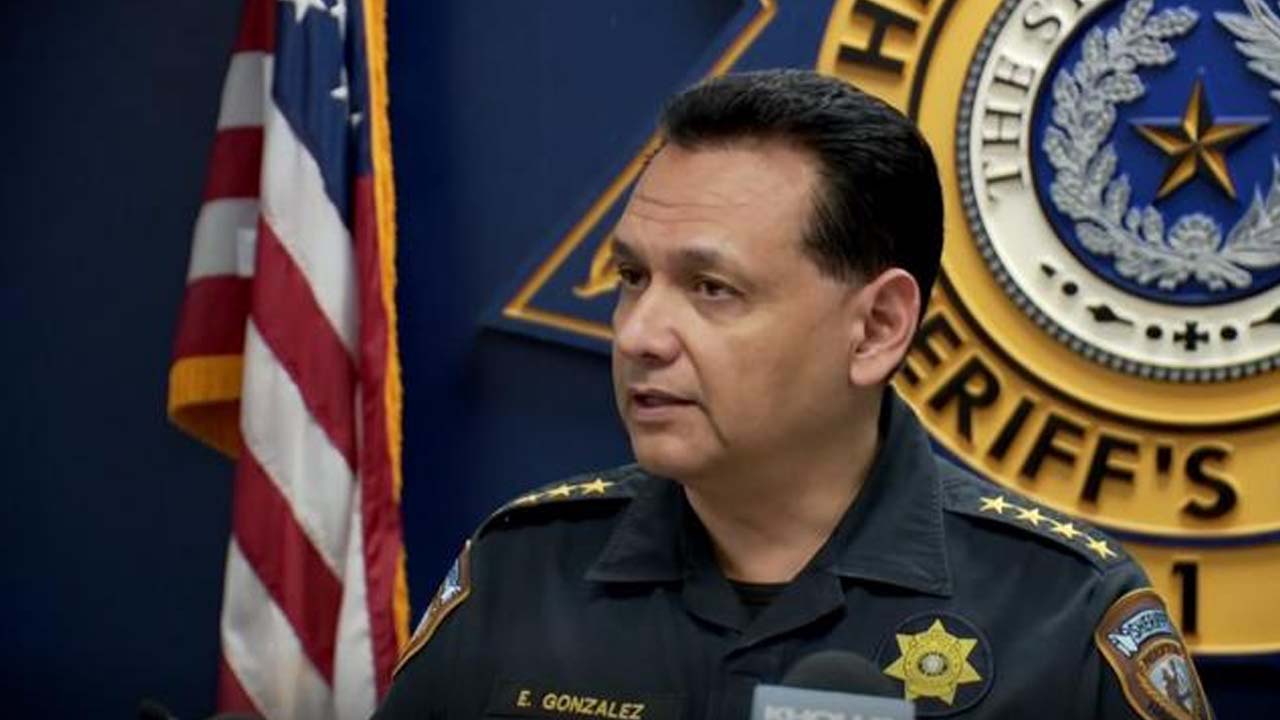 Ed Gonzalez, the sheriff of Texas' most populous county, on Monday announced he had withdrawn his nomination to lead U.S. Immigration and Customs Enforcement (ICE) under President Biden, a decision that will further prolong a 5-year-long leadership void in an agency at the center of the nation's contentious immigration debate.

In a series of posts on Twitter, Gonzalez, who is currently sheriff of Harris County, noted that his nomination to be ICE's director, which was announced in April 2021, had stalled in Congress for over a year. In a letter to Mr. Biden over the weekend, Gonzalez said he had concluded that pulling his name from the nomination process was "in the best interest of the nation that we love."

"I arrive at this difficult decision with the understanding that the challenges of preserving both the integrity of America's borders and our country's global standing as a beacon of light for those seeking freedom and opportunity have never been greater," Gonzalez wrote in his June 25 letter, which was obtained by CBS News.

ICE, which oversees immigration arrests, deportations, a sprawling immigration detention system and investigations into transnational crimes, has not had a Senate-confirmed director for over five years, since the end of the Obama administration. Sarah Saldaña, the last ICE director confirmed by the Senate, left her post in January 2017.

Over the past years, under Democratic and Republican administrations, ICE has become a frequent target of criticism from progressive Democrats and activists, some of whom have called for its abolishment.

Those calls intensified under the Trump administration, which expanded the groups of unauthorized immigrants subject to ICE arrest and tasked the agency with implementing some of its most controversial policies, including the mass separations of migrant families along the U.S.-Mexico border in 2017 and 2018.

But the agency has continued to face criticism under Mr. Biden.

Progressive activists have continued to criticize ICE for holding thousands of immigrants in detention, while Republican lawmakers have accused the Biden administration of handcuffing ICE deportation agents through enforcement guidelines that they argue encourage unlawful immigration.

Apart from the confirmation delay, Gonzalez mentioned in his letter to Mr. Biden a desire to devote his "full, undivided attention" to his Harris County post, citing an increase in violent crime and the jurisdiction's jail population.

It's unclear if there were other reasons behind Gonzalez' decision. Representatives for ICE and the Department of Homeland Security, its parent agency, referred questions to the White House.

In a statement Monday, the White House said Gonzalez "would have been a great leader of ICE."

"We thank Sheriff Gonzalez for his willingness to serve in the face of baseless allegations against his family and thank Homeland Security Chairman Peters for his diligent and hard work in support of the nomination," the White House added.

The suit included an affidavit from an HCC officer who said he had been called to a domestic dispute at Gonzalez's house, though Melissa Gonzalez, Gonzalez's wife and former vice chancellor of HCC, previously stated that she never made any such complaint.

"Any suggestion that I filed or made a complaint against my husband is false and defamatory," Melissa Gonzalez wrote in a March letter. "To be clear, the assertions referenced in the affidavit, as they relate to me, my husband, or my marriage, are completely false."

Democrats on the Senate Homeland Security and Governmental Affairs Committee nixed a vote on Gonzalez's nomination after Republican Sen. James Lankford of Oklahoma expressed concerns about the years-old suit.

A summary of the investigation's findings prepared by the committee's Democratic majority cast doubt on the allegations raised by the former HCC police officer, according to documents obtained by CBS News.

HCC also told the committee that bodycam footage that the former officer cited in the original affidavit did not exist.

In September 2021, Homeland Security Secretary Alejandro Mayorkas directed ICE agents to focus on apprehending immigrants who threatened public safety or national security, as well as migrants who entered the U.S. unlawfully after November 2020.

Mayorkas' directive generally protected unauthorized immigrants without criminal convictions from arrest if they had been living in the U.S. for years.

But those rules were suspended over the weekend due to a court ruling them to be unlawful. The Biden administration is appealing that ruling, which stemmed from a lawsuit filed by Republican officials in Texas and Louisiana.