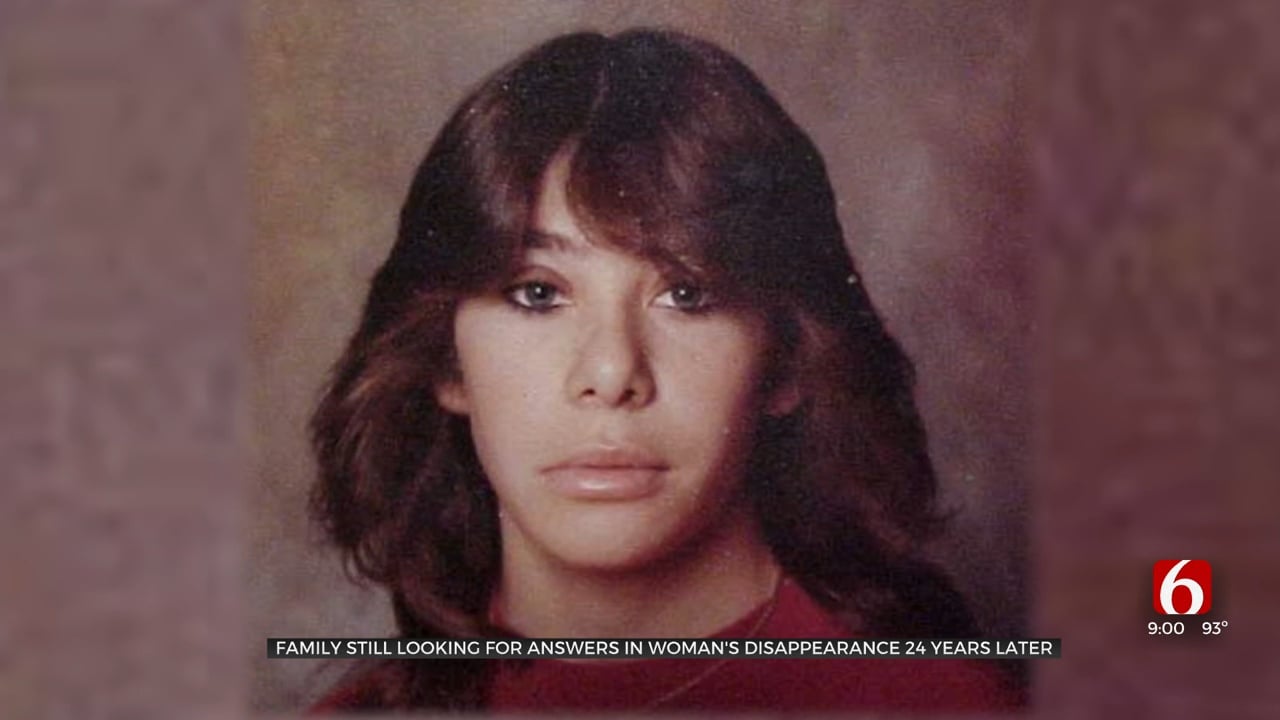 Kimberly Mullens has been missing for 24 years, and no one has been charged with her disappearance.

Mullens was last seen at her Tulsa apartment near 5th and Lewis sometime in late June or early July of 1998.

She leaves behind heartbroken children and grandchildren she has never met.

Loved ones said they are desperate for closure.

"I remember her laugh and her smile,” said Jessica Pritchett, Mullens’ oldest child. “You didn't see it very often, but when we'd seen it, she could light up a room. She really could."

Pritchett said she misses her mom more than anything.

Mullens was 33 and had four children, including a two-week-old baby.

Loved ones said Mullens was in an abusive marriage, but she never reported to police.

Mullens' children said she was last seen with her husband, and they had a violent argument.

"That's what he's telling everybody, that she left for another man, but everybody knows that's not true,” said Pritchett. “She left her purse there, everything that she owned, her newborn baby that was two weeks old, a five-year-old daughter. She would have never done that."

Mullens' family did not believe her husband's story and reported her disappearance to police.

While her case remains cold, loved ones are still hopeful for leads.

"I just really want somebody to stand up, be grown and say something,” Pritchett. “If that was their mom, what would they want somebody to do? She's got kids, she's got grandkids around. They want to see her just as bad as we do."

If you know anything about her case, you can report it anonymously and even get a reward for your tip.