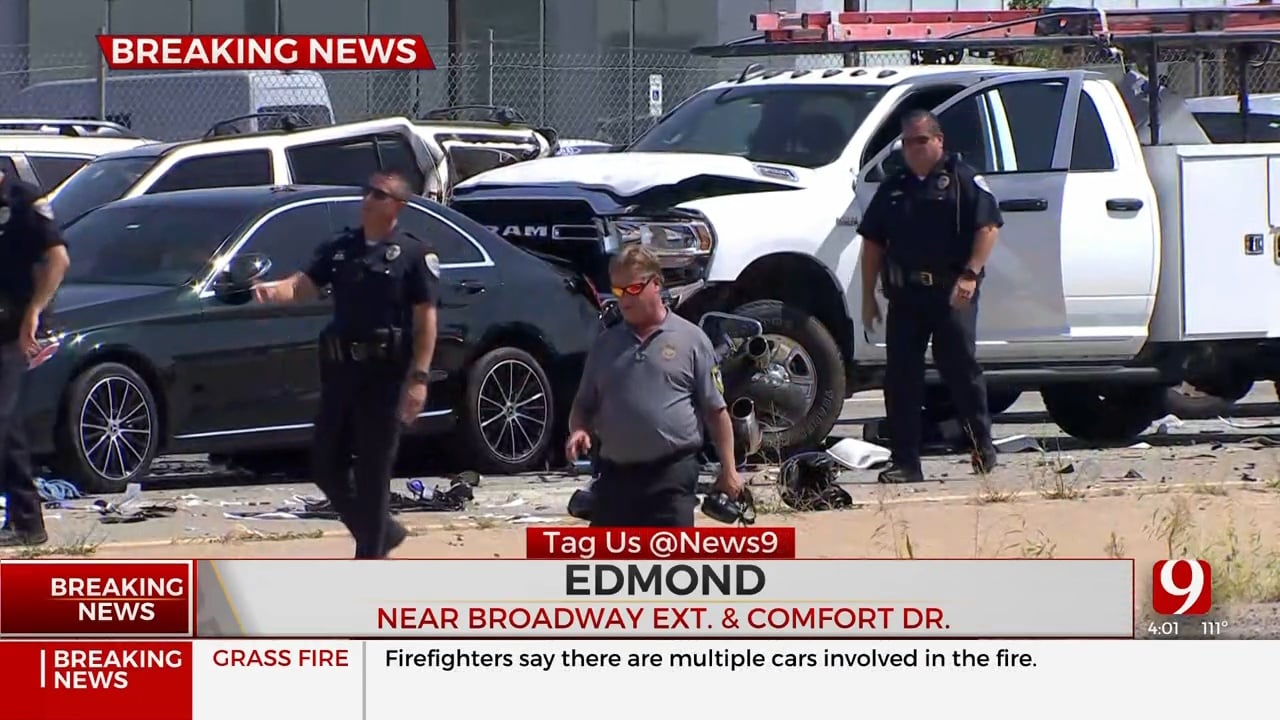 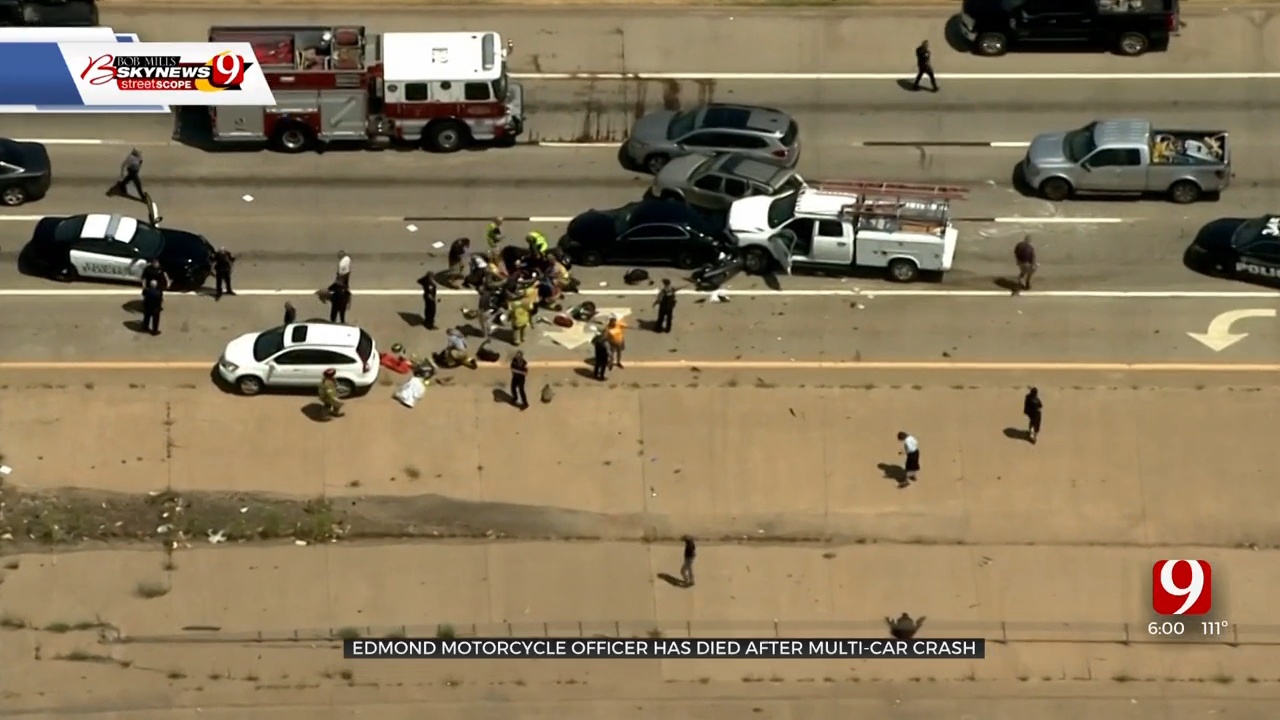 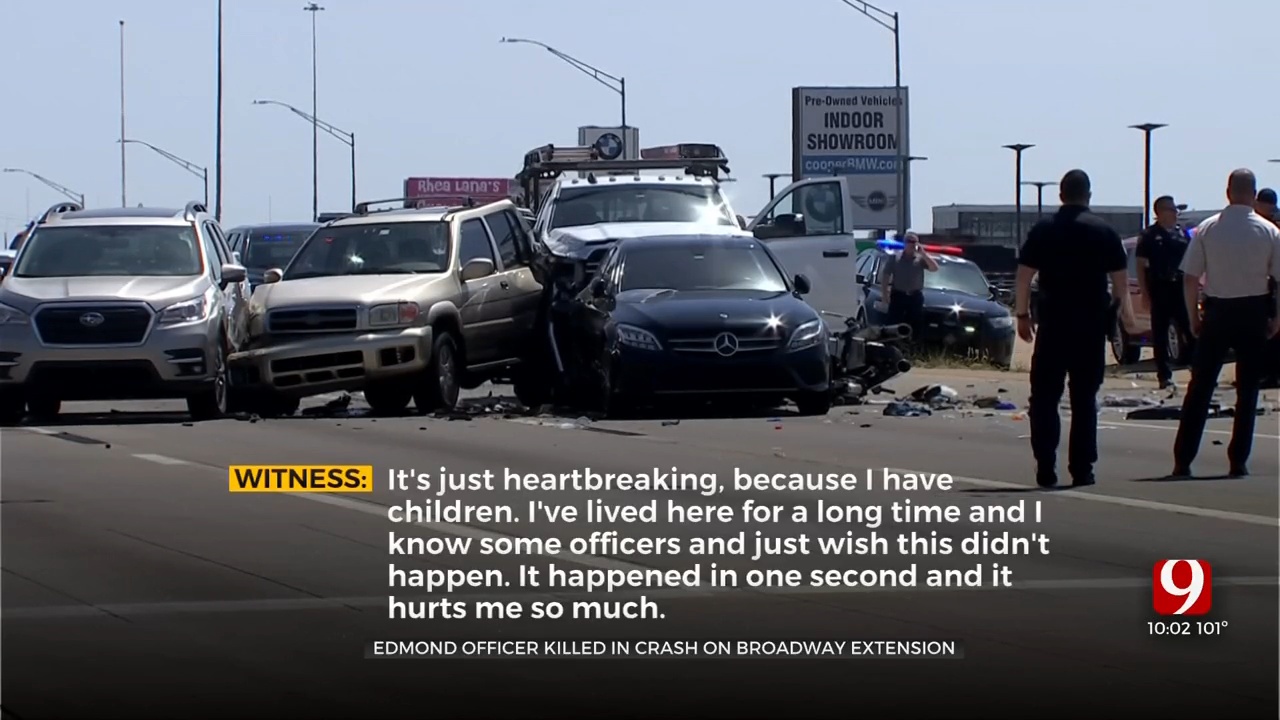 A family, a police department and community are mourning the loss of an Edmond police officer killed in a traffic collision.

The accident happened Tuesday afternoon at the intersection of the Broadway Extension and Comfort Road.

A total of five vehicles, including the officer's motorcycle, were involved. According to witnesses, they were stopped at the light when a pickup a came crashing into them.

“It was really loud,” a driver and witness involved in the collision said. “I just heard crushes like something was smushing. It was just one to two seconds. That's what I heard.”

The witness said he was en route to a paint job as he waited at the traffic light. The light had just turned green when he said they were rear-ended by the truck that caused a chain reaction collision.

“It sounded so bad, and I had some paint, buckets of paint, and it squirted all over me and inside,” said the witness who did not want to be identified.

When they exited their cars, the witness said the other drivers realized an officer on a motorcycle had been badly injured.

Others ran to a nearby business to call for help.

“I was just hoping the ambulance would get there soon for the officer,” the witness said.

That's when the witness saw the driver believed to be responsible for the crash.

Despite lifesaving efforts and prayer, the officer died.

“This time, we just ask for your thoughts and prayers for the officer's family, our department and community as a whole as we go through this difficult time,” Edmond Deputy Police Chief Larry Campbell said.

“It's just heartbreaking, because I have children,” the witness said. “I’ve lived here for a long time, and I know some officers and just wish this didn't happen. It happened in one second, and it hurts me so much.”

He leaves behind a wife and two children.