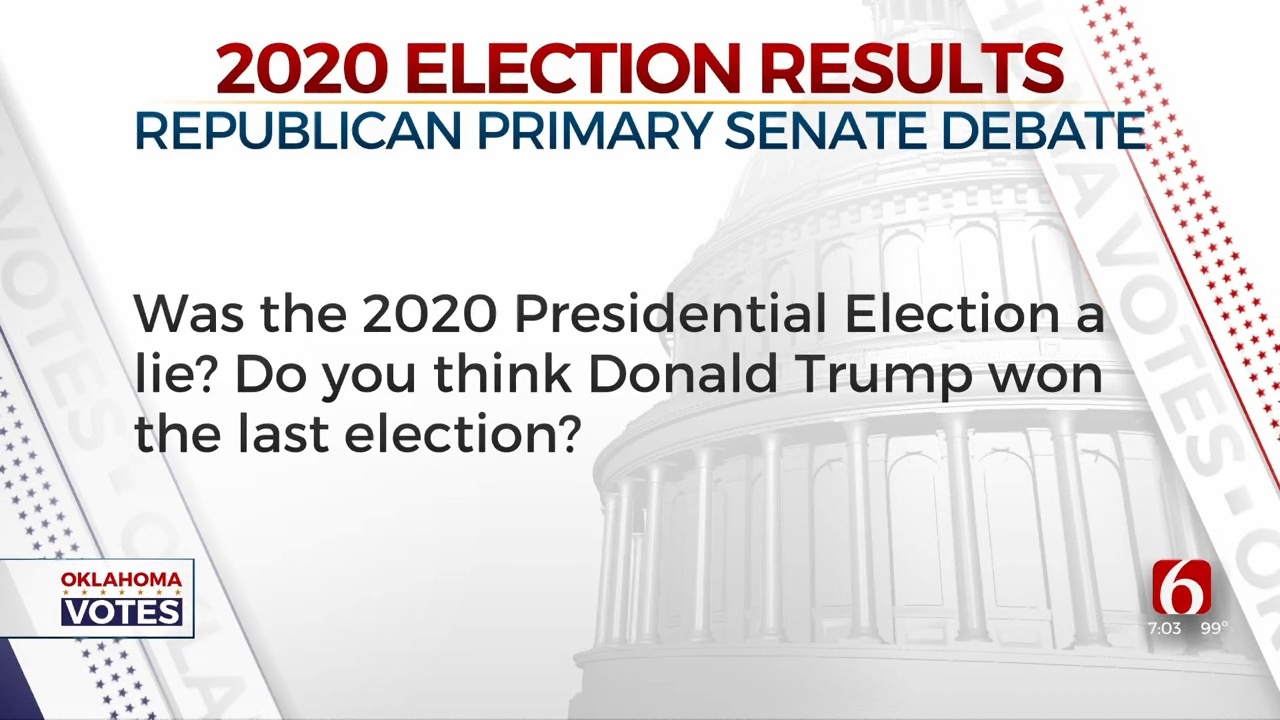 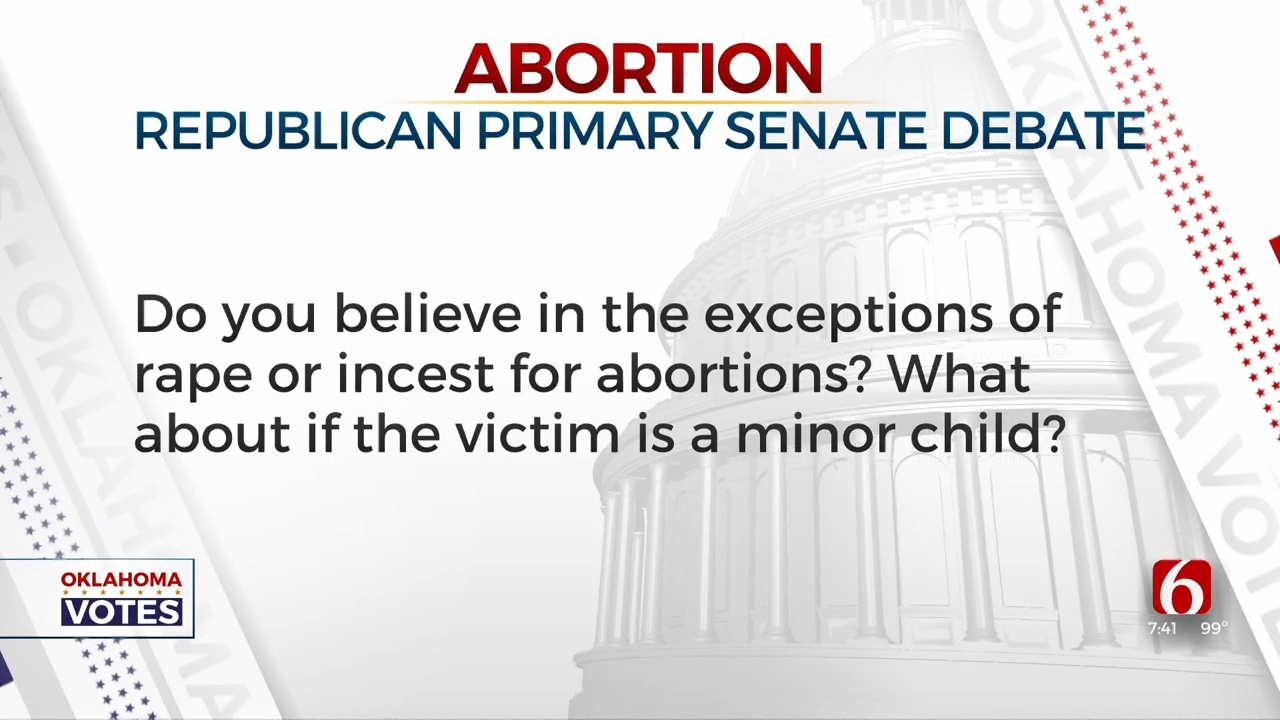 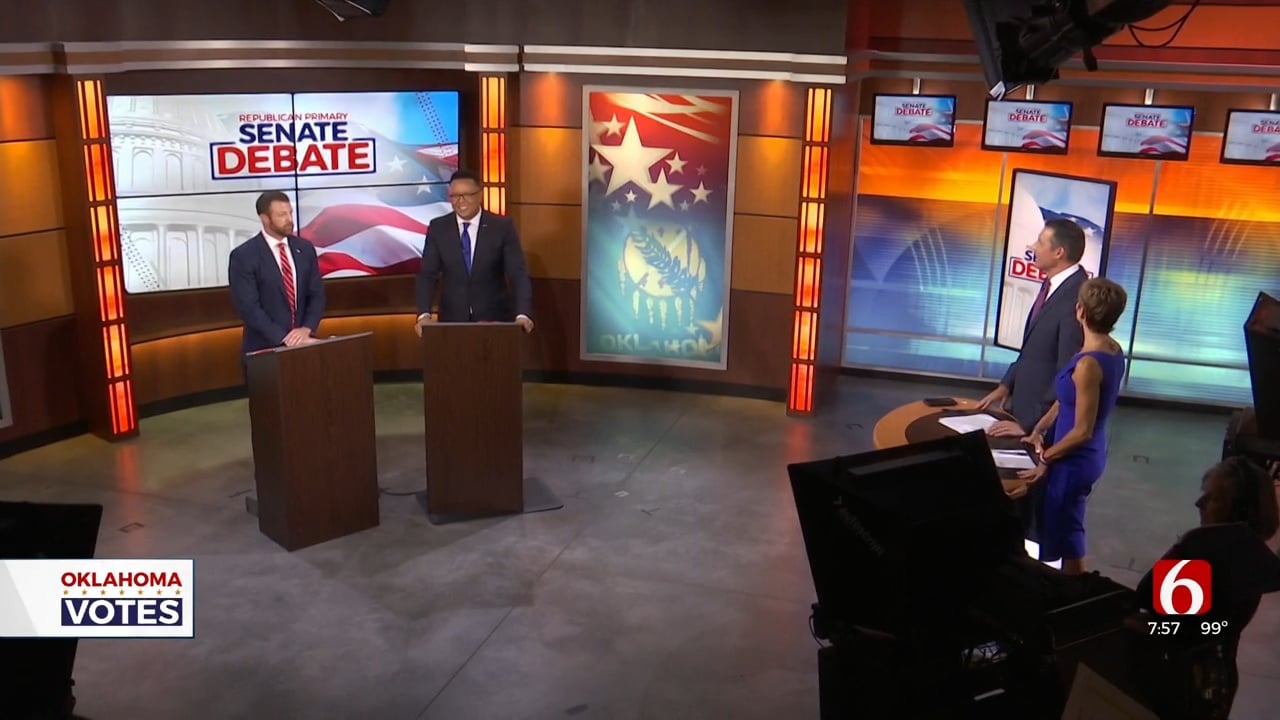 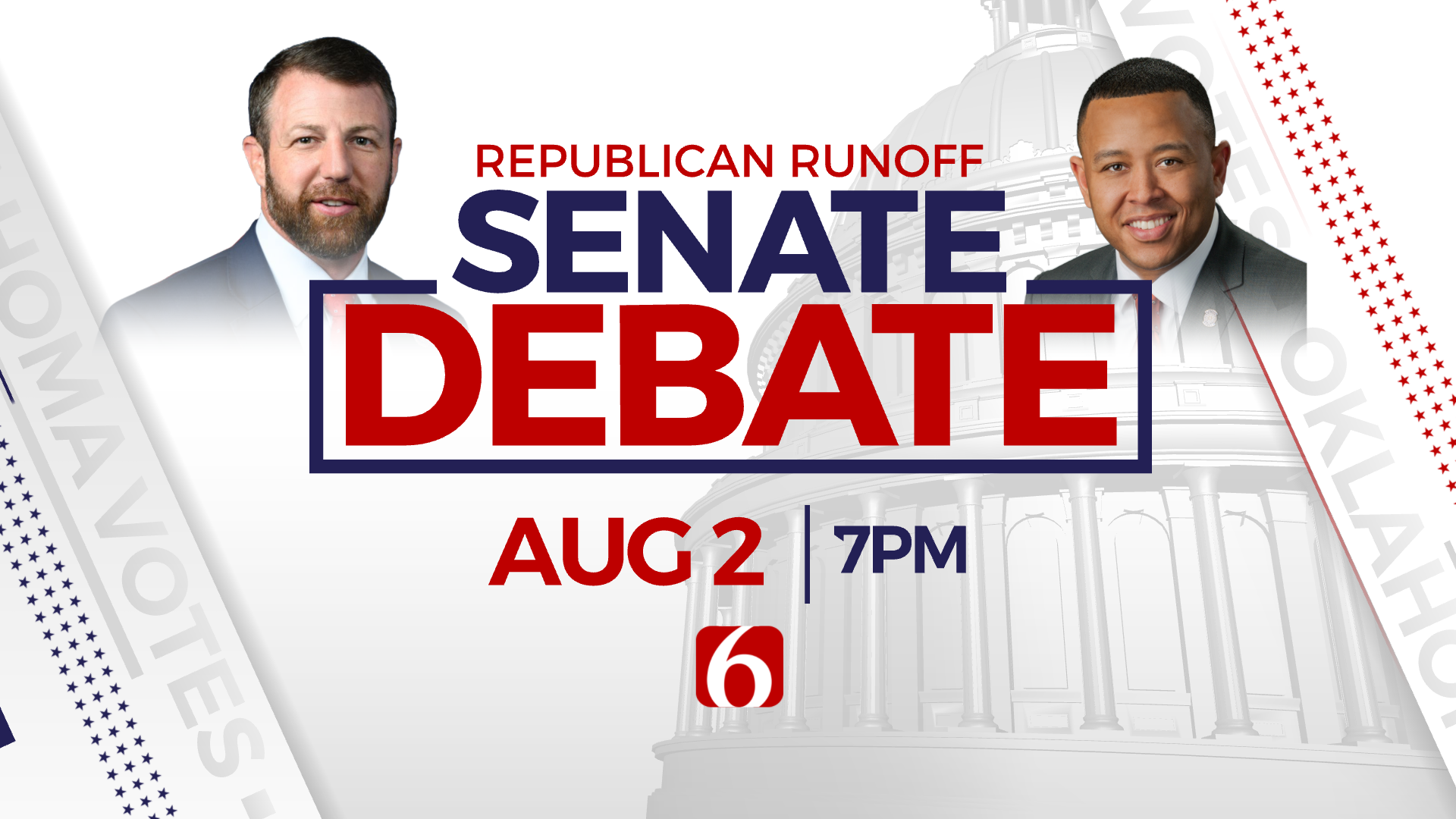 U.S. Rep. Markwayne Mullin and former state Speaker of the House T.W. Shannon agreed on plenty Tuesday night during a pre-runoff debate at News On 6 in Tulsa, but each candidate vying to succeed outgoing Sen. Jim Inhofe tried to create separation from the other.

The two candidates shared their views on voter integrity when asked about the presidential election of 2020. Both Mullin and Shannon agreed that former President Trump was cheated out of the 2020 election.

"The election actually was stolen. I fully believe that, wholeheartedly," T.W. Shannon said. Shannon added, "Without election integrity, we don't have a republic."

Shannon said voter ID should be required nationally, adding that the "Radical Left is trying to recruit illegal aliens to vote.

"It's absurd to think that Joe Biden received more votes than any president in history. We have to fight to make sure every vote is counted accurately," Mullin said.

Shannon rejected the idea that the attack on the Capitol is even an issue Oklahomans should care about.

"The only thing Oklahomans are asking about Jan. 6 is what the price of gasoline was. It was $2.42," he said.

When asked if he thought former Vice President Mike Pence abandoned former President Trump on Jan. 6, Mullin said that Pence was put in a tough spot.

"Mike Pence is a good guy," he said, adding that both Pence and his wife love the Lord.

As the debate turned to the economy, Mullin bemoaned regulations placed on businesses, noting that reducing the burden of regulations would naturally help with inflation.

"The problem with Washington, D.C.," Mullin said, "is that most of the lawmakers there don't have to live under the rules they create." As to why President Trump was as popular as he was, Mullin said, "Because he understood business."

On the topic of gun safety and gun control, both Mullin and Shannon were adamant that they would not support anything that could be an infringement on the Second Amendment.

As most of these topics have divided Democrats and Republicans, the two candidates were asked what compromises they would be willing to make to work together.

"We need people who are able to bring people together," Shannon said. "This country was founded on the Three Cs, he said: Capitalism, the Constitution and Christianity."

"If you can tell me that you love the country as much as I do, that's a starting point," Mullin said.

On the topic of labor, Shannon bemoaned Americans who have become "addicted to government" because of politicians. "We have a work ethic problem in this country," he said.

When asked about an abortion ban, the candidates agreed once again.

"My fight is to make sure we protect every single baby out there," said Mullin.

"Not only does life start at conception, but civil rights start in the womb," Shannon said.

Regarding the tribal jurisdiction ruling made by SCOTUS, both candidates stated they agree in the ruling.

"We need to be influencing D.C., not allowing D.C. to influence us," Mullin said.

"The challenges we see right now in Oklahoma as it relates to the tribes and the state getting along, is that they're not even talking at the present time," Shannon said.

After discussing some of the most pressing issues, Mullin and Shannon were asked their closing statements.

"As I've stated before, no one is going to fight harder than someone with firsthand knowledge. I fight these problems every day and this isn't a time for any of us to be silent," Mullin said.